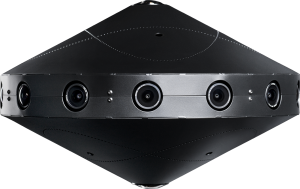 https://virtualrealitytimes.com/2015/08/29/vr-cameras/https://virtualrealitytimes.com/wp-content/uploads/2015/07/798296cf69148acfb614fd4dd0320c8a_original-600x338.jpghttps://virtualrealitytimes.com/wp-content/uploads/2015/07/798296cf69148acfb614fd4dd0320c8a_original-150x90.jpg2017-04-23T15:14:48+00:00John Marco OscilladaHardwareResourcesVR CamerasHow would virtual reality be a reality without immersive content? Since the revival of this intriguing yet amazing piece of technology – that's virtual reality – media content that's primarily made for this kind of experience was scarce at most. Content makers have been testing the waters to see if...John Marco OscilladaJohn Marco Oscilladaoscilladajm@gmail.comSubscriberVirtual Reality Times