You could make an educated guess about it. There is a sliver of chance but the Half-Live VR game could be launched this week, alongside the unexpected official unveiling of the full specs breakdown for Valve’s upcoming virtual reality headset, the Valve Index, which is expected to be announced this week. Speculations are that this announcement might take place as soon as 1 May and according to PC Gamer, this official announcement will be the perfect opportunity for Valve to announce the three virtual reality games for the Valve platform that it has been working on behind the scenes, one which could be Half-Life VR.

For now, it’s just a crystal ball. It’s hard to reliably predict what Valve could be up to in its next major announcement. But speculation is rife.

Valve is expected to announce the full specifications for its Valve Index very soon, early in the month of May as promised a month or so ago.

PC Gamer staff writer Tyler Wilde, who has given himself a 1% chance of getting his prediction completely right is saying that Valve had told him on April 1 that it would making a “full announcement” and looking to launch pre-orders from May 1. What is not clear is whether Valve is still in course with that initial plan or whether things might have changed in the intervening month given that the Borderlands 3 gameplay reveal will also be happening this week. However, the Valve announcement is expected to happen soon as Valve is planning to ship its Valve Index VR headsets from June. So the specs reveal must happen this May and it is going to happen earlier in the month.

Valve has also been working on three virtual reality games. This has been common knowledge for the past two years. These games have been described as “full-sized” as opposed to the tech demo style projects like The Lab. The VR game development was confirmed by Valve co-founder Gabe Newell who described the company’s plans to develop “three big VR games” and that he hoped the other three game developers would learn from Valve’s effort.

Valve didn’t state whether its three VR games would be unveiled when the pre-orders for Valve Index open up but that might be the logical thing to do. It is highly likely that they might bundle some of the games it has been developing during the launch of the pre-orders in order to drive the headset sales. 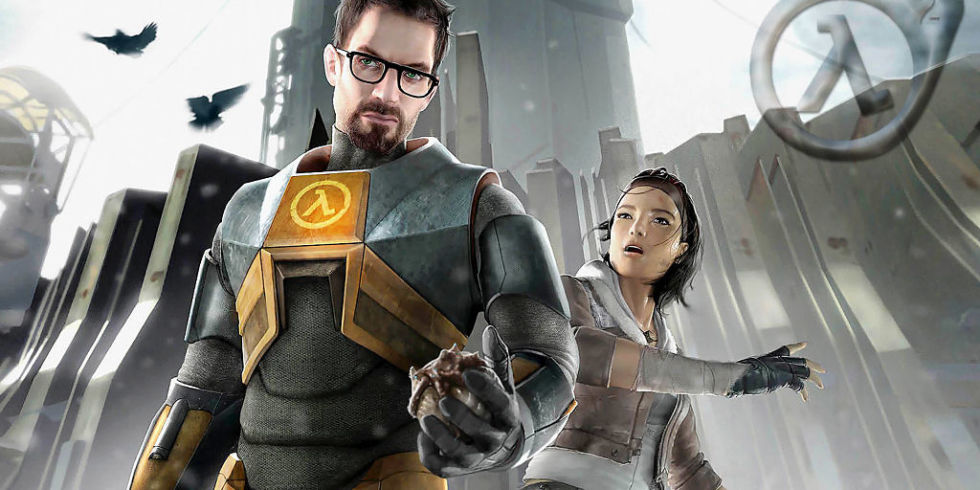 A source close to the developments at Valve had also told UploadVR that a Half-Life prequel will be one of Valve’s three upcoming virtual reality games. That source must be well-placed as it has also confirmed to UploadVR that the images of the Valve Index virtual reality headset that had been leaked in late 2018 were the actual images of the upcoming Valve headset, the real deal, which turn out to be true as those photos looked exactly the same as the actual hardware that was revealed in early April.

Finally, a Valve New Network report in March had mentioned “hlvr” (Half Life VR) and several references to a shotgun have also appeared in the Dota 2 update. While the Valve game files contain lots of references of other game and this may not mean anything, these references appearing at this time really add credibility to the UploadVR reports from last year.

So while we might not be fully sure about the possibility of Half Live VR being unveiled this week or the announcement on the full specs being made, all the bits and pieces strongly point to this happening this week.

These bits and piece of evidence are as follows:-

These are all just speculations and there is also the chance that this might not happen. But Wednesday 1 May 2019 should be a big day for the VR community if things go as predicted.