Facebook Launches Quill 2.0 Transitioning it into a VR Movie Maker

Facebook’s Quill tool helps creatives and artists make VR illustrations and animations. The tech giant has just released the latest version of the tool, Quill 2.0, which comes with overhauled virtual reality animation along with audio and narrative tools thereby providing artists and creators with more features at their disposal to help them realize their visions.

The Quill 2.0 version is available only for Rift owners and comes with extra features which animators can use to create entirely within virtual reality right from the initial concept sketches to the completion of the project. 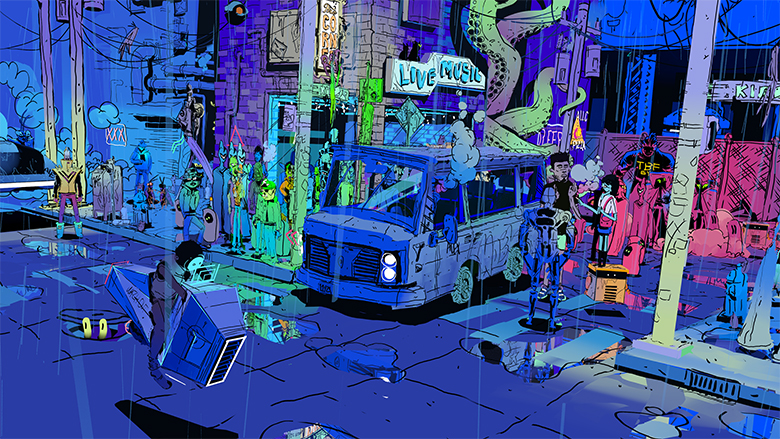 The design includes an all-in-one timeline that streamlines processes for VR creatives. The timeline can be accessed from inside the virtual space where it appears to float alongside the objects that the creator wishes to paint or animate. Creators will be able to perform various functions such as sequencing their narratives, adding shot transitions, syncing the audio and a lot more without the need to use a separate software package or export files from one software environment to another. The Quill 2.0 version brings under one roof an overhauled animation as well as the audio and narrative tools for an all-in-one pipeline where creators can do all the storyboarding, drawing, animating and finally, storytelling.

Because artists are able to operate entirely in virtual reality with the new version of Quill, they will be able to paint, add spatial audio and animate their work with physical gestures by using the Oculus Touch controllers.

Quill started as a Tilt Brush competitor but with the latest update, it is now on course to becoming a full-fledged and self-contained storytelling tool. The previous version allowed users to create short and novel animations via the platform. The latest update significantly expands the Quill timeline to allow creatives to accomplish much more including synchronizing sound and making transitions between shots. Ultimately, the latest version should enable creators to make even longer forms of virtual reality narratives.

The update also includes the option to set the keyframes to transform and opacity keyframes while simultaneously including interpolation between them. You have the keyframes set for any layer type be it image, audio, paint or the 3D model layers. Keyframes can also be set for the Groups and Sequences to enable more complex nested animations. A creative could, for instance, animate a layered van using rotating tires and smoke signals in a group and subsequently animate the entire group down a street using a few transform keyframes as seen in the GIF image below. This also makes it possible for you to adjust the group’s nested layers without necessarily interfering with the group’s overall transformation.

With the previous Quill version, a user had to make do with a frame-by-frame animation to transform the van. There are certain use-cases for which frame-by-frame transformation augers well but for simple transformations, it is more efficient to go with group transformations. It streamlines the whole process of  making simple animations. The keyframes also store only the values so the new feature significantly cuts down on the file sizes.

The Quill 2.0 updates also include a feature known as Stops which is a totally new concept. These allow creators to pause main events in the story while looping animations activity continues in the background. This will essentially allow users to browse the virtual reality space from any preferred angle so as not to miss out on important details and animations in the surrounding settings before they proceed with the story.

The latest version also provides creatives with access to more keyframe options, extra types of layers as well as directional sound emitters. You can download Quill free of charge via the Oculus Rift platform.

You can read more on these updates on the Oculus Blog.