2021 is ending on a high note for the industry with a host of new tech glasses launches over the past 8 weeks. Are these a pointer to a new era of post-pandemic XR boom? Here is an overview of some of the launches over the few weeks.

The last few weeks have been abuzz with activity as new tech glasses are launched one after the other. Here is a look.

On September 14th, Xiaomi launched smart glasses which are still only a concept study and may not launch in the market in this form. The Xiaomi smart glasses can combine an imaging system and sensors for a subtle but ordinary glasses design via micro OLED optical waveguide technology.

Valve fans got some exciting news on 29th September when YouTuber Brad Lynch speculated that the company is working on a new VR headset codenamed ‘Deckard’. The rumors were shortly confirmed by the tech magazine Ars Technica, citing well-informed choices. Brad Lynch brought evidence of the new headset to light after finding multiple references to a device known as ‘Deckard’ in SteamVR code and the name was subsequently cross-referenced against Valve’s recent patent applications and it checked out, confirming that Valve is up to something.

The new headset is said to have a built-in processor that could enable the device to work without being tethered to a PC by a cable. The device will, reportedly, also be able to track movement without relying on external base stations. It is not known, yet, when the device is set to appear.

On October 1, the Pico Neo 3 Pro and the Pico Neo 3 Pro Eye were launched. Priced at $700 and $900 respectively, the two headsets are strong competitors for the current bestselling VR headset, the Oculus Quest 2. The headsets are technically level with the Quest 2 and feature a battery strap that is similar to the Elite Battery Strap from Quest 2, assuring you of better comfort as well as longer battery life. 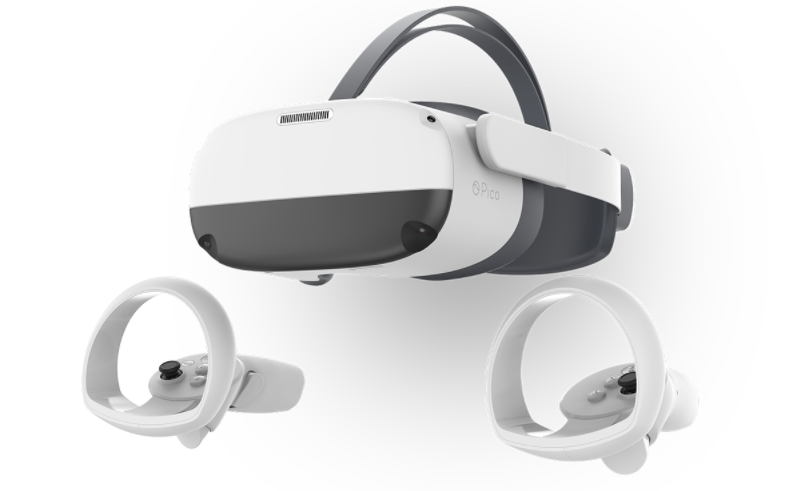 China-based AR company Nreal unveiled the Nreal Air smart glasses which are cheaper, iOS-compatible and more compact than the company’s previous Nreal Light glasses. Like the Nreal Light, the Nreal Air glasses look almost like normal sunglasses and have been designed for projecting virtual big-screen displays in front of the wearer’s eyes. The Nreal Air, like the Nreal Light, also uses micro OLED displays for augmented reality optics. The Air is also powered by a smartphone through a tether cable.

Like its erstwhile counterpart, these smart glasses are also targeting the consumer market instead of enterprise, military or research use-cases. The Nreal Air smart glasses are set to ship from December 2021 across China, Japan and South Korea. Although the company did not reveal pricing, it stated that the glasses will be priced at a fraction of the Nreal Light glasses pricing which sold for $600 at launch last year.

In the first week of October, Lynx launched a Kickstarter campaign for its Lynx R-1 XR Mixed Reality headset which provides standalone virtual reality and augmented reality inside a compact form factor. The Paris-based startup achieved its financing goals by mid-October and is still raising funds for until November that will go into the production of its unique headset. The delivery for the MR headset is scheduled for Spring 2022.

On October 11th, Magic Leap boss Peggy Johnson announced the Magic Leap 2 Augmented Reality headset along with $500 million in new funding. The headset will be generally available from the beginning of 2022. The company also revealed that the headset is already being used by “select customers” in an early access program. In a departure from past conventions, the company used the term AR headset as opposed to the obscure “mixed reality headset” used in its previous devices.

The company describes the Magic Leap 2 headset as the smallest and lightest device in the industry. The headset has been developed for the enterprise market and is more immersive and comfortable with a dimming function and the largest FOV. The dimming function allows for usage in brightly lit settings.

The Magic Leap 2 is narrower than its predecessor and would almost pass for regular sunglasses. Its slightly larger field of view and dimming functionality will allow for top-quality augmented reality in brightly lit rooms. According to Johnson, the Magic Leap 2 headset has been “designed to increase business adoption of AR.”

On October 14th, HTC launched the ultra-slim HTC Vive Flow VR headset which looks almost like ski glasses. The $499 HTC Vive Flow VR headset has been designed for people who may not necessarily like VR. The Vive Flow is an entertainment-focused headset that is a departure from the company’s enterprise focus over the past five years. The headset is set to launch in November and preorders already began in mid-October.

The Vive Flow form factor is radically different from that of other HTC devices. This is immersive hardware and could easily be mistaken for an augmented reality device. Behind its slim form factor, the Vive Flow is simply a pared-down version of the earlier HTC headsets but without some major features.

It is a portable and standalone piece of hardware that is connected via a cable or Bluetooth to a smartphone that also serves as a controller. The Vive Flow is mainly used for video streaming as well as for simple VR apps and is set to hit the market in November.

On October 25th, Pimax announced a new dual-mode virtual reality headset known as Reality 12K QLED that has close to 6K per eye resolution as well as a mindboggling 200-degree horizontal field of view. The glasses cost $2399. Reality leverages the dual 200Hz HDR panels that have mini-LED backlighting as well as a quantum dot layer. Mini LEDs leverage thousands of tiny LED elements compared to traditional small LCD panels that rely on a single backlight positioned behind the whole display.

According to Pimax, Reality 12K QLED is based on a compound lens design that combines Fresnel and aspheric element leverage both advantages. Pimax claims that the geometric distortion from the peripheral view on its current products will not be seen in Reality.  Reality is listed as having a horizontal field of view (FOV) of 200 degrees and a vertical field of view of 135 degrees which is capable of covering most of the human vision.

The front edges of Reality feature four cameras that provide inside-out tracking functionality of the headset along with its Oculus Touch-like controllers. The Pimax Reality headset will be presented at the CES 2022 at the beginning of next year.

Varjo has already made a name for itself with its high-end and high-priced virtual reality headsets targeting the enterprise market. Its headsets cost a fortune with prices ranging from $3,500 to $5,500. On October 21st, the company presented the Varjo Aero headset which offers high-fidelity virtual reality experiences to both professional and high-spending VR enthusiasts willing to cough out the $1,990 price tag for the headset.

The Varjo VR headset offers a high-end visual fidelity as well as seamless images on its 115 degrees field of view, a wider viewing angle. The headset has been designed for the enterprise market and for professionals but the company says it will appeal to VR aficionados simply looking for a high-fidelity experience.

There will be plenty of VR and AR announcements at the Facebook Connect 2021 XR Conference today. Stay tuned.