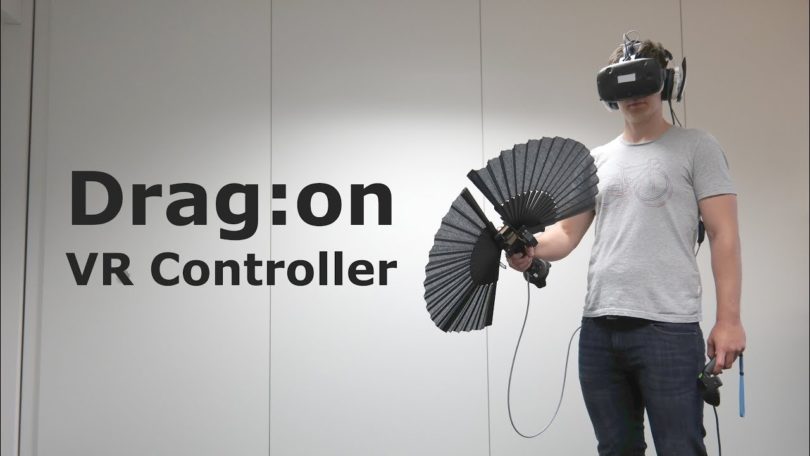 https://virtualrealitytimes.com/2019/07/21/dragon-vr-controller-provides-haptic-feedback-based-on-drag-and-weight-shift/https://virtualrealitytimes.com/wp-content/uploads/2019/07/DragOn-VR-600x338.jpghttps://virtualrealitytimes.com/wp-content/uploads/2019/07/DragOn-VR-150x90.jpg2019-07-21T04:48:47+00:00Sam OchanjiHapticsStandard virtual reality controllers are perfect for interacting with and manipulating objects in virtual reality environments but they lack the sophistication to translate realistic and kinesthetic impression of features such as sizes, resistance, weight and inertia which are often rendered through vibrational feedback. Virtual reality experience is mostly a visual...Sam OchanjiSam Ochanjisochanji@yahoo.comAdministratorVirtual Reality Times