Assessment of the DK2’s Flaws and Limitations 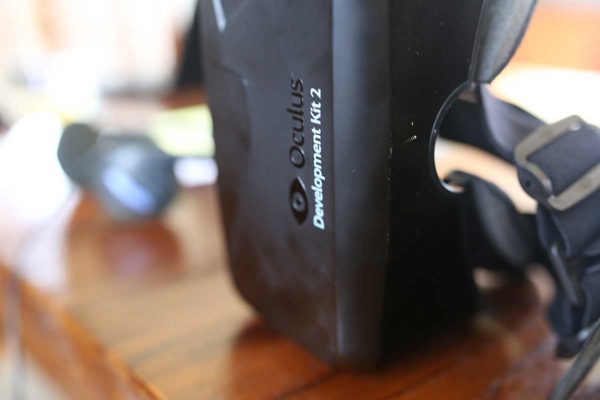 After all the months of hype and daily hyperbole flowing out of the media about virtual reality and the Oculus Rift, I’m sure I’m not the only one who was disappointed when actually trying the DK2 for the first time.

Perhaps because the demos I have tested lacked true “presence”, it was certainly not anything like stepping into a dreamy alternate reality that was hoped.

Oculus has now shipped over 100,000 “developer” rifts, and has started to show off its next prototype, code named “Crescent Bay”, addressing some of the DK2’s flaws and limitations

So, since still most people, even the techies, have never tried the DK2, I wanted to write something to reduce some expectations, by addressing what I personally observed that spoiled the experience of “presence” for me:

As an avid fan of snorkeling, upon placing the DK2 on my head, I immediately felt like I was wearing a snorkeling mask, albeit a lot heavier, because of the very limited viewing angle. Apparently the DK2 is even worse in this manner than the DK1, with just over 90 degrees. But to me, it wasn’t anywhere near good enough. I felt like I was looking out a window, with all of my peripheral vision cut off in every direction.

Sadly, reports about the Crescent Bay seem to indicate that Oculus doesn’t plan to improve this for the consumer version, which to me is a real shame because for me, the device is never going to achieve “presence” unless the App is something like a scuba diving demo where you expect to be looking through a hole.

The issue of course is that despite our forward-looking eyes, human being have quite a large field of view (more than 180 degrees), and a single flat screen for each eye would need to be quite large, or curved, to cover everything we’re able to see on the far edges of our view, and that would require a curved screen and more complicated optics. And because of the curse of geometry, a ever-growing amount of screen needs to be added for each extra degree of view the builders want. Certainly the Oculus team is trying its best, but in order to keep the cost down and release something, they’ve decided to make a compromise that I feel will really limit a developer’s ability to create “presence” in VR applications. My suggestion would be to add an extra, low-res screen on the sides, with low resolution, like the sides of a scuba mask has, just to help add some color and movement. The eye can’t see much detail here anyway, but is good at picking up small motion.

Despite the DK2’s highly improved resolution, I was surprised that I could easily see every pixel very clearly. Because my phone and laptop screens have such amazing resolution, I wrongly assumed, especially after reading so many over-the-top reviews of it, that I’d be seeing something similar on the Rift. However, that wasn’t the case at all.

Described as “The Screen Door Effect”, this happens because there’s a slight black line between pixels on the display screen, and because what you’re seeing fills so much of your view, these spaces are amplified, so it’s like looking out a window with a metal grid in the way (or in my case looking though a snorkel mask with a screen in front.) For me, it was even more pronounced than described, and I felt as if I could even see all the sub-pixels of R G and B in addition to the black grid.

Maybe it’s just because I have very good (20/12) vision that allowed me to see this so clearly, but I felt as if even if they doubled the resolution, it wouldn’t be enough. One of the advantages of Facebook’s funding of Oculus is apparently that they’ll be developing their own screen for the Rift, rather than using something intended for mobile phones, so I’m hoping that they’ll be able to simply space those pixels much closer together in addition to beefing up the resolution.

Although I didn’t experience any nausea with the DK2, which is apparently one of the biggest improvements made over the DK1, I immediately felt like I lost “presence” when I moved my head back and forth quickly. What I was viewing seemed to be able to keep up with my movements to 95% effect, but that other 5% spoiled it for me, because the screen would jitter back and forth for a split second after I stopped moving.

Perhaps a faster graphics card will solve this problem, or I should just look around more slowly to reduce the jitter, but hopefully the Oculus team will improve this in future versions.