VR is seen to have a huge potential when it comes to pornographic material – people assume that its sense of immersion and presence gives a realistic feel to the consumption of adult content. Although porn’s adoption in VR is expected to have a good share of the consumer VR market, it’s really anyone’s guess where this will lead.

Even during the Rift’s development phases with the numerous Rift prototypes such as the DK1 and DK2, VR developers are already working on integrating adult content on the Rift. It is seen to be the future of adult content consumption, where its users (usually men) will have the chance to have sex in a virtual world, having the feeling of true sex even without a real, physical partner. There have been adult VR services offered for the Rift since its early development. Some notable adult VR services come from the names of VirtualRealPorn, Veiviev, and Red Light Center. These are adult VR sites that support the Oculus Rift for pornographic content. 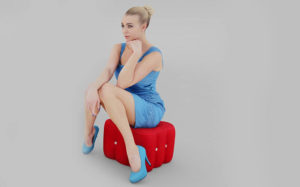 For more information on adult VR on the Oculus Rift, please visit the following websites: