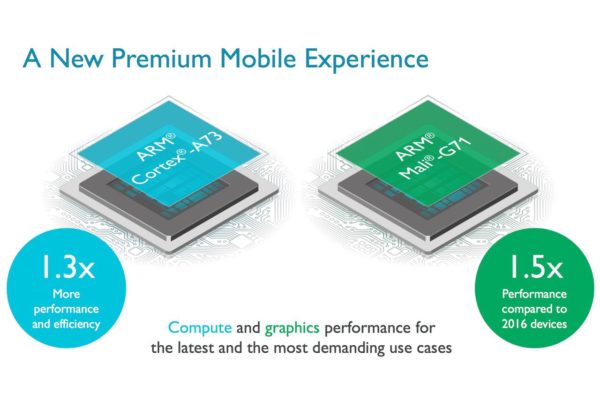 4K resolution and 120Hz refresh rate on mobile virtual reality? Thanks to a slew of new mobile processors from chip maker ARM, you can expect mobile VR to have these specs on VR performance – beginning in 2017.

A new suite of mobile processors from ARM can render high-resolution imagery without tolling on devices’ limited battery life. ARM’s Mali-G71 mobile graphics processing unit (GPU) will be able to produce a 50-percent graphics performance boost and be 20 percent more power efficient than its present competitor chipsets. Launching together with the G71 is the Cortex-A73 chip which is a refresh to the Cortex suite of processors. ARM’s Cortex line is commonly built into modern devices and equipment such as smartphones and tablets, as well as in routers and modems.

ARM Vice President Pete Hutton said in a press release statement, “In 2017, we will see devices with the Cortex-A73 and Mali-G71 processors that stand out thanks to their impressive and sustained performance, and even more stunning visuals. This technology can make engaging with 4K video, virtual reality and augmented reality an everyday experience on a mobile device.” 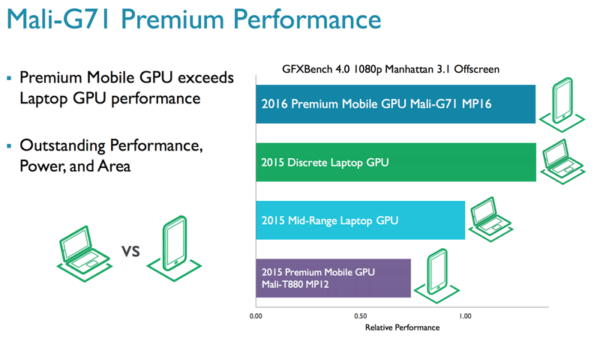 By boosting power on smartphones and other mobile devices to render VR, the virtual reality tech is seen to become more appealing to the general mainstream consumer. This move makes mobile VR a more viable alternative to high-end VR hardware such as the Oculus Rift and HTC Vive, which takes more sophisticated hardware and more money upfront.

ARM’s new line of processors are expected to push the mobile VR performance envelope even further and bring a better overall experience to the mobile VR market niche. Mobile VR usually has issues with battery life and inconsistent frame rates, and ARM is trying to flatten out these issues when new mobile devices come with these chips.