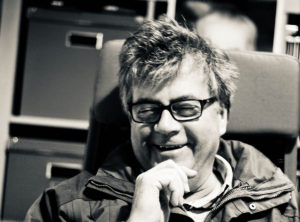 https://virtualrealitytimes.com/2016/11/25/dummies-guide-to-binaural-sound/https://virtualrealitytimes.com/wp-content/uploads/2016/11/Ivor-Taylor-600x444.jpghttps://virtualrealitytimes.com/wp-content/uploads/2016/11/Ivor-Taylor-150x90.jpg2016-11-25T00:04:40+00:00Ivor TaylorAudioTechnologyBinaural is a recording technique or processing method that can be used to capture or create sound in a human perception realistic way. It does this by mimicking the way the shape of our head affects the sounds that we are listening to. To explain, you have two ears...Ivor TaylorIvor Taylorine@finchfactor.comContributorIvor has been immersed in the sound industry for the past 40 years. In 1994, Ivor founded Grand Central Recording Studios (GCRS) with business partner Carole Humphrey and leading sound designer Raja Sehgal. Ivor has a long history of providing audio support and technology to the most talented musical artists of a generation, including having built a quadrophonic mixer for Pink Floyd’s legendary Dark Side of the Moon tour. At GCRS, alongside business partner Carole Humphrey, Ivor has pioneered a new way of designing sound studios, so that, rather than being dreary dens, focused around technology, they are relaxing and timeless working environments, with light, airy décor, full sized windows and ample sight lines.Virtual Reality Times