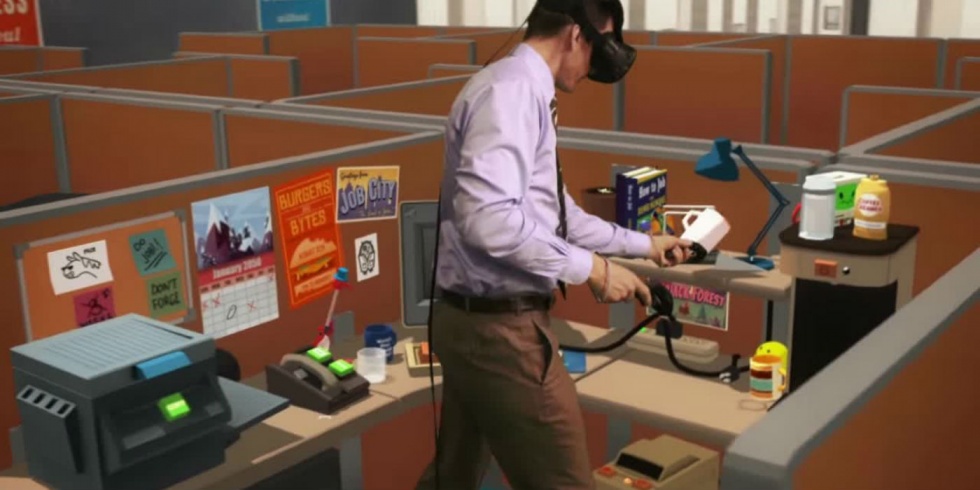 https://virtualrealitytimes.com/2016/12/15/owlchemy-mixed-reality-is-like-nothing-weve-seen/https://virtualrealitytimes.com/wp-content/uploads/2016/12/10e2b6f99ddd86fb1eb9bde2cb802044-600x300.jpghttps://virtualrealitytimes.com/wp-content/uploads/2016/12/10e2b6f99ddd86fb1eb9bde2cb802044-150x90.jpg2016-12-15T19:05:38+00:00Pierre PitaMixed RealitySoftwareTechnologyOwlchemy Labs is the proud creator of the fabulous Job Simulator video game that allows you do crazy stuff in different job environments. But while the game/simulator is a full load of entertainment, one can ignore the amazing technology behind that fuels the mixed reality magic. Mixed Reality Is a...Pierre PitaPierre Pitajeanpierrepita@gmail.comEditorTrue gamer and very passionate about gadgets and new technologies. Virtual Reality is the future and geeks like us are ruling the World.Virtual Reality Times