Virtual Reality video games are as exciting as they are immersive, but first person shooters need a bit of help from hardware: VR Gun Controllers. 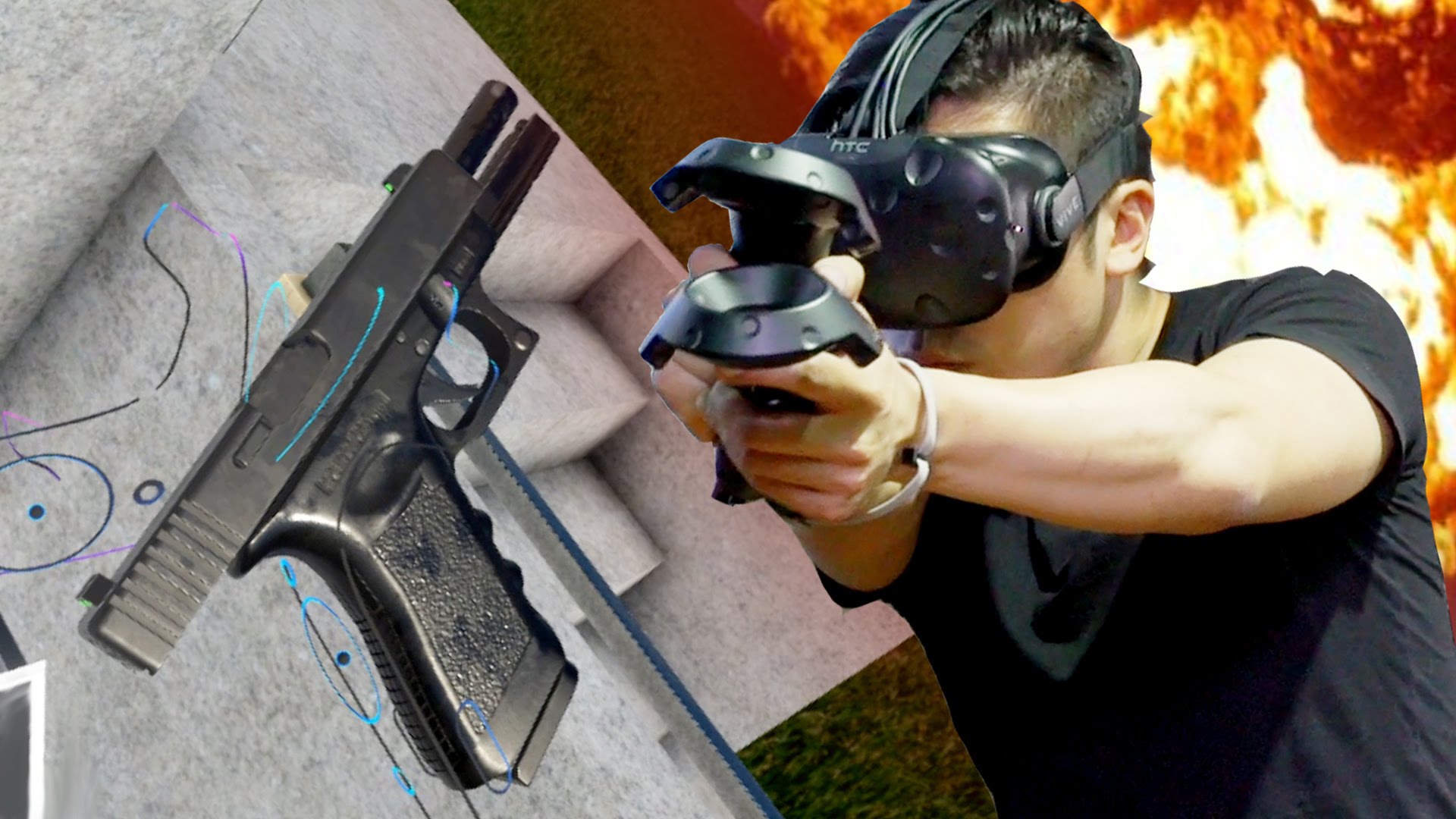 You may have seen several VR Gun prototypes on Indiegogo or Kickstarter, but even though crowdfunding is a marvelous tool to fund amazing projects, some of them are quite ridiculous or simply useless. VR guns weren’t the exception, so we just omitted all those failed projects and brought you the real ones. 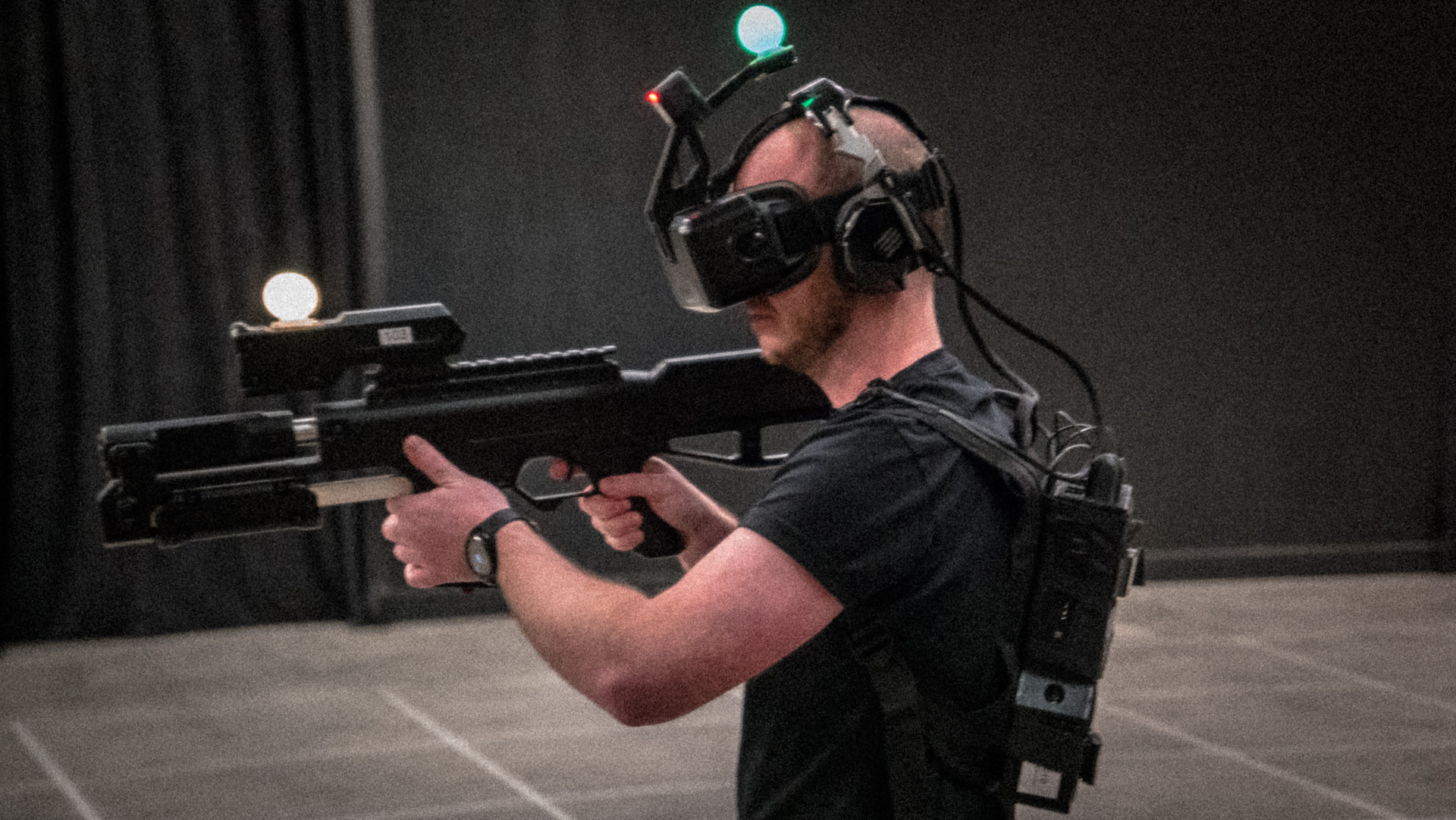 “VR-15 Is constructed of engineering-grade nylon, and then hand-finished with a worn metal patina. It’s also outfitted with a fully adjustable stock, weighted trigger pull, four ambidextrous analog thumbsticks, and glass optics. The VR-15 is completely wireless, with zero lag, and is fully integrated with HTC’s Lighthouse system, allowing every move to be tracked with sub-millimeter accuracy.”

The VR-15’s most characteristic feature is that it reflects its real movements into the virtual environment. So the rifle you see in the video game is the same rifle you feel in your arms. 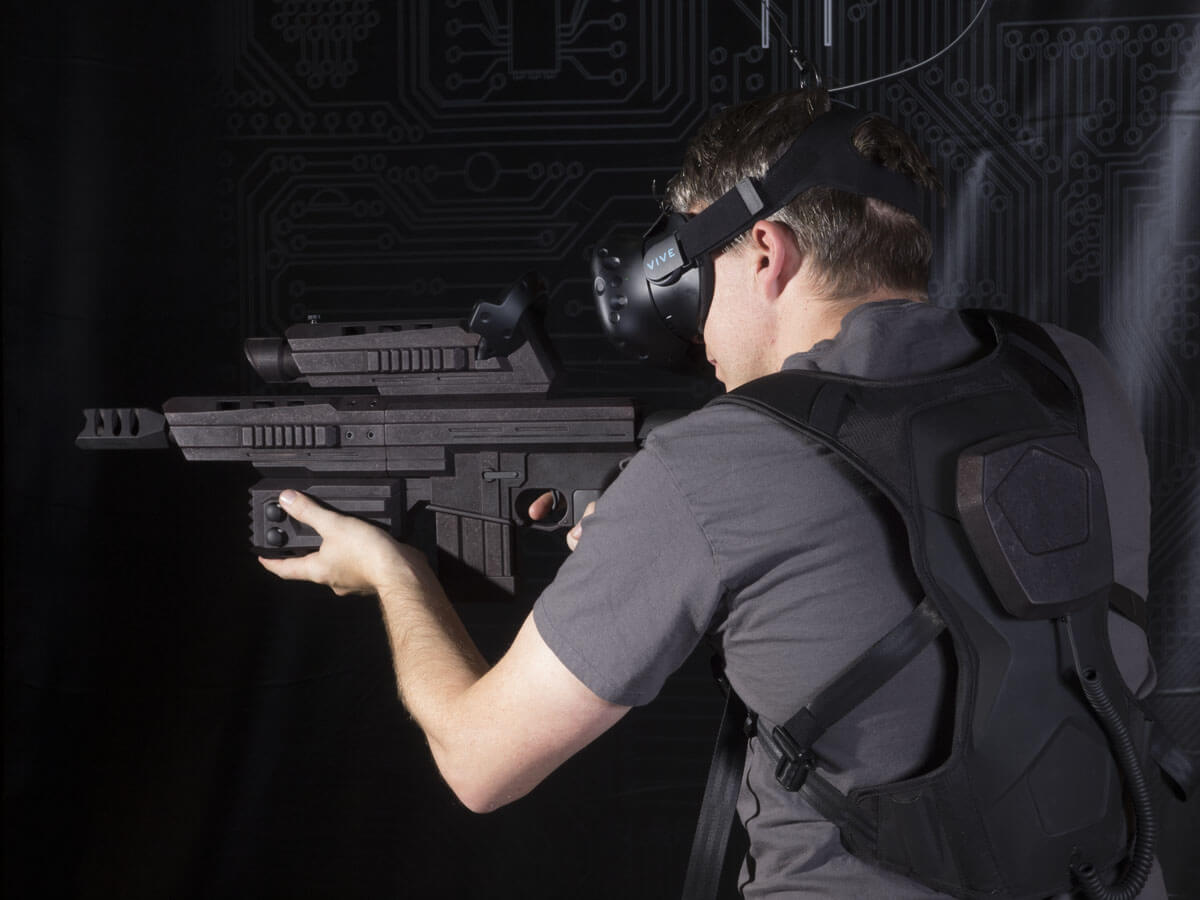 “The PS VR Aim Controller is a new two-handed controller designed for PS VR first-person shooter games. It will be launched at the same time as the PS VR exclusive sci-fi FPS game Farpoint.”

The nice looking and comfortable PS VR Aim Controller has an analog stick for movement and a built-in color ball for 1:1 aiming. 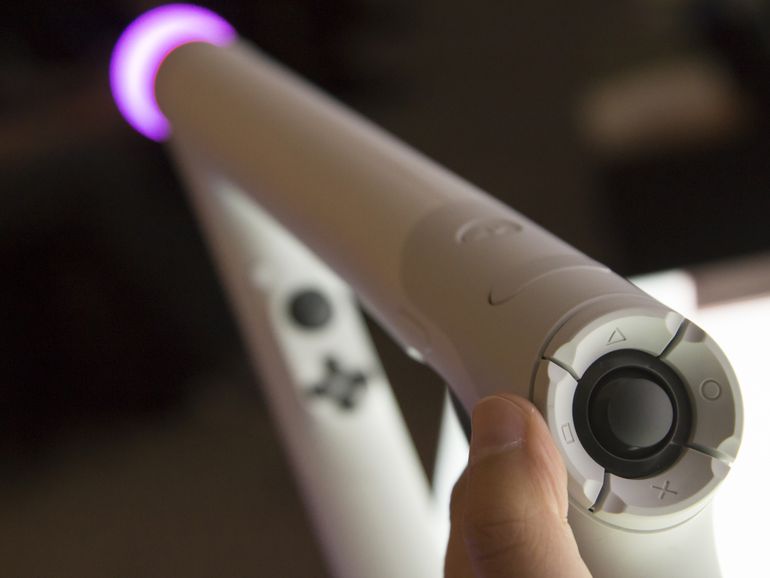 The Delta Six looks so real that you would never guess it’s a video game controller. It feels and weighs as much as a real weapon, it’s actually a bit scary. 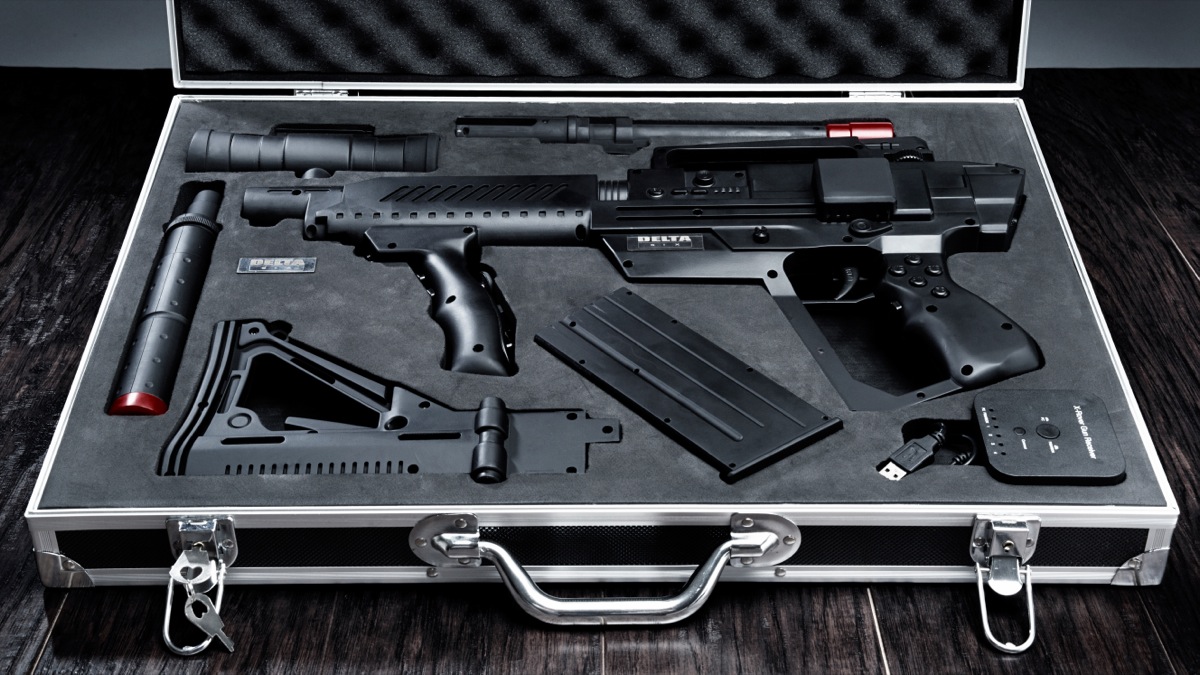 The MAG P90 VR Gun is a stylish looking gun with a featured blue light bar to bring about the future of VR gaming. Compatible with all HTC/Omni VR Headset FPS games, just insert the HTC Vive controller to give you a more immersive experience. Biochemical Butt for HTC Vive Virtual Reality device controller. Very ergonomic, feels comfortable in gameplay for long periods. 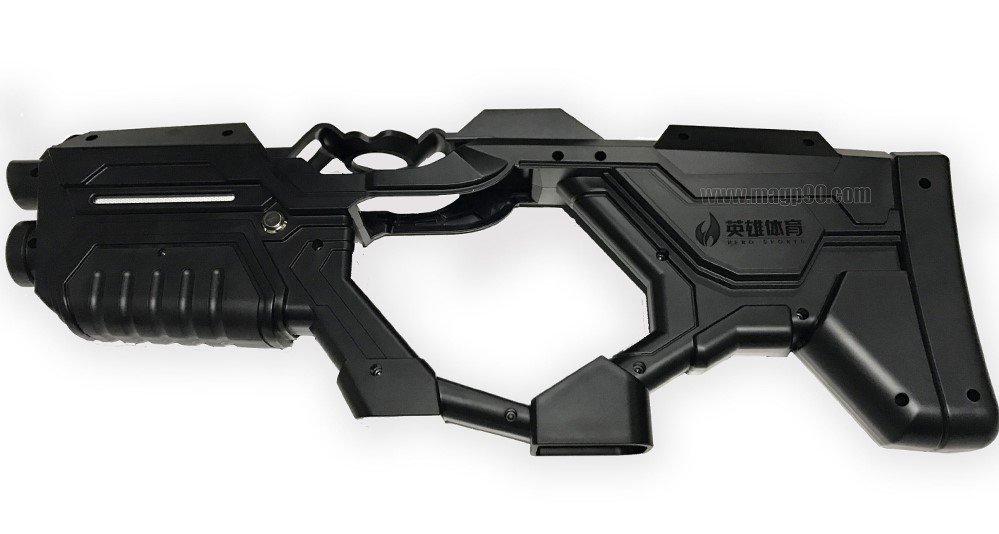 RevolVR has a wireless controller that has been made to enhance the Virtual Reality experience and provide complete immersion into a Virtual World. The Dominator tt’s ergonomic with high accuracy and lowest latency on the market. This is the perfect controller for Virtual Reality shooting games. The Alpha & Beta Mini are wireless proof-of-concept controllers that were distributed to the public for free to show off RevolVR’s tracking technology for VR applications. 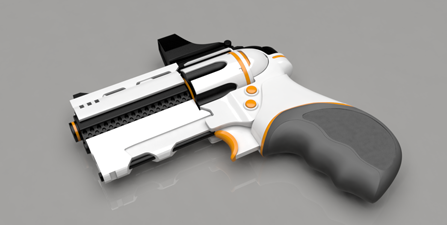 The Ilium Persuader is a replica of the classic M1A1 Thompson (Tommy Gun) for VR. Featuring a drop magazine, analog slide, fire select switch, and haptic recoil, The Persuader provides an incredibly immersive VR gun experience. This version is compatible with the HTC Vive only. The Persuader is currently unavailable but developers might release a new version in the future.

https://virtualrealitytimes.com/2017/03/06/list-of-guns-for-virtual-reality/https://virtualrealitytimes.com/wp-content/uploads/2017/03/maxresdefault-1-600x338.jpghttps://virtualrealitytimes.com/wp-content/uploads/2017/03/maxresdefault-1-150x90.jpg2017-03-14T18:51:28+00:00David. CControllersHardwareTechnologyVirtual Reality video games are as exciting as they are immersive, but first person shooters need a bit of help from hardware: VR Gun Controllers. The Real List of Virtual Reality Gun Controllers You may have seen several VR Gun prototypes on Indiegogo or Kickstarter, but even though crowdfunding is a...David. CDavid Currychocolatespongecat@gmail.comAuthorTechnology and video games writer from the UK. Enjoy playing video games. Currently learning electronic audio and web design.Virtual Reality Times