Google’s New Pixel 3A Phone Will Not Support Daydream VR

Google’s new Pixel 3A phone will not be supporting its virtual reality platform Daydream which is built into Android. The news was confirmed before the I/O developer conference today with the tech giant stating that “resolution and framerate” issues had hindered the compatibility of the phone with the Daydream platform. However, the Daydream View headset will still be compatible with Google’s older Pixel 3 as well as various other Android-supported phones.

Google got a good head-start in the immersive experiences market thanks to its early release of the Google Cardboard in the mid ‘10s which allowed smartphone users to run some basic virtual reality experiences. The rollout of Google’s Daydream was an upgrade from the erstwhile “basic” experiences into more sophisticated mobile virtual reality. Google also released a dedicated Daydream app that opened access for users to a special segment of its Google Play Store. The last few years also saw Google launch the Daydream View virtual reality headset, a cheap, beautifully designed VR headset which is in many respects similar to the Samsung Gear VR headset in terms of design and specs.

However, the Daydream uptake has been anemic and the growth slower. It was upstaged by the more versatile rivals such as Oculus, Samsung Gear VR and HTC. Also, unlike the Cardboard, Daydream did not provide support for iOS devices thereby curtailing its scope of use to just Android-powered phones. The Daydream potential was further limited by the fact that the device was launched exclusively on Google’s Pixel phones and for almost one year, the virtual reality headset was largely limited to Google’s relatively low-profile Android devices. It was not until mid-2017 that Daydream support was added on Samsung phones. The delay in the rollout has been attributed to issues with the display: Google was only approving low-persistence screens which could assure end users of a seamless virtual reality experience. 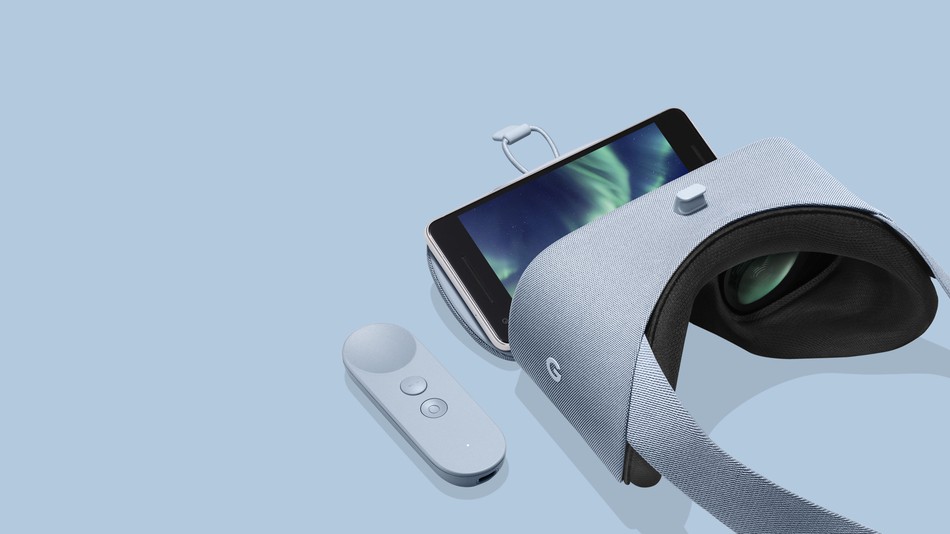 Google will now be sacrificing Daydream support in its new “gOLED” screen after expending significant effort in onboarding manufacturers. Google’s partner Samsung has also released a new Galaxy S10 series that will not be compatible with Daydream. With both S10 and Pixel 3A mobile devices off the table and Daydream View effectively driven out of the high-end smartphone market, it appears the headset may die a slow and natural death. Google is also facing stiff competition from other hardware vendors such as Oculus, Valve and HTC that are building new and affordable consumer-focused virtual reality headsets with superb specs.

Could Google Be Bowing Out of the VR Hardware Market?

There is a general industry-wide shift away from the phone-based VR towards standalone virtual reality headsets such as the Oculus Quest or PC-based headsets like the Oculus Rift S. Consumers want a superior VR experience and increasingly, they are willing to splurge on it as witnessed with the recent unveiling of the HTC Valve Index VR headset which sold out within the first 30  minutes of launcg in the US. Google also worked with Lenovo on the $399 standalone Lenovo Mirage Solo VR headset and currently doesn’t seem to be much interested in joining the “arms-race” of VR hardware.This week, it also revealed that it is not planning to release a Quest competitor in 2019 although the company admitted that it’s working on a “deep R&D” project which is most likely next-generation virtual reality hardware. In the meantime, Google will be releasing its popular games and apps to Oculus Quest and PC VR.

Daydream stands on a shaky foundation unless Google comes up with some groundbreaking hardware updates in the next few years, a prospect that now seems remote as the tech giant has indicated it is putting pause on hardware development and refocusing its efforts on the development of immersive apps and services. In the future, Oculus will be building the high-end headsets for Google’s cutting-edge experiences.