Home » Business » Kickstarter » You are reading »

Woojer’s Edge Kickstarter campaign has already notched up $1.7 million in funds with three days to go. The company aims to bring users a fully immersive audio experience for various entertainment use-cases including music, gaming or watching movies using a haptic belt and vest. 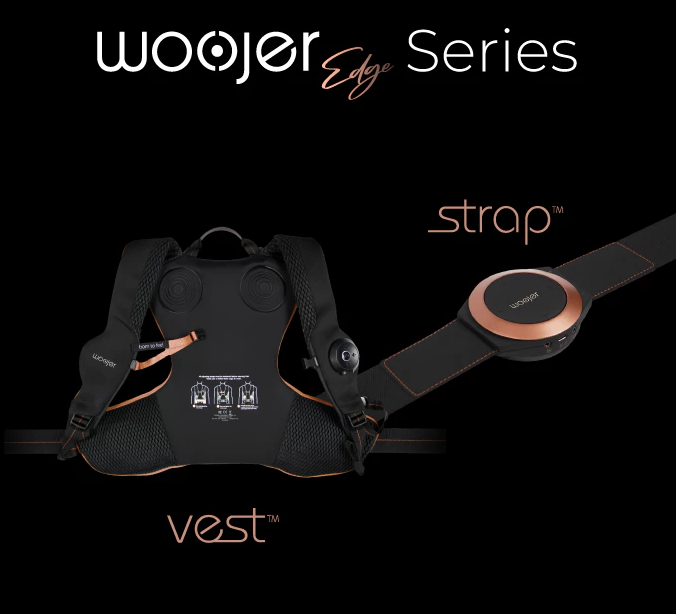 Woojer is raising funds to develop a new haptic vest known as Edge that aims to make sound effects in games and films more perceptible. Game developers will be able to insert vibration effects into various events in the gameplay. According to Woojer, with its Edge Vest, you won’t just hear the sound but you will also feel it the same way you would in a real-world setting. It is perfect for music lovers and gamers on-the-go. This kind of sensation gives listeners and VR users an amplified level of immersion.

What we know as sound is air movement that spreads as an audible wave pressure. Our normal headsets will only capture the audible part leaving out the pressure or movement part. If you stand next to a massive bass speaker, you will feel both the sound effect and the pressure from the air movement generated by the sound waves. In a virtual reality environment, the sound is there minus the pressure or movement. The Woojer Edge Vest is designed to patch up the missing part in virtual reality by introducing the movement thereby allowing users to feel both aspects of sound. A user simply has to wear the vest, connect the audio and they will begin feeling the sound. The vest is controlled via a programming interface.

Woojer’s Edge vest is the successor to the Ryg haptic vest. That vest, too, had been financed via a Kickstarter campaign to the tune of $270,000 and was delivered in 2018. Woojer has been working on the haptic effect since 2016.

The vibration technology that creates the effects can also be worn as a belt around the waist and hips or be embedded in a vest. The vest version has six vibration loudspeakers installed. The belt version allows users to feel low tone frequencies in the spectrum of 1 to 20Hz.

The Edge is now rigged with a low-latency CSR APTX Bluetooth 5.0 connectivity which connects to the sound source via a USB-C or 3.5mm jack. For virtual reality headsets like Oculus Quest that come with in-built speakers, users have to take a detour by using external headphones to ensure that the vest gets a sound signal.

Woojer says that the Edge’s vibration effects have significantly improved compared to Ryg’s. The startup is also promising an entirely quiet operation. Once charged, the vest should deliver up to 8 hours of playtime depending on the usage and sensation level. Charging time is only 3 hours and is done via a USB-C port.

The Woojer Edge is not too heavy. It weighs just two kilograms while the belt weighs 240 grams. The strength of the vibration effect is adjustable. When it comes to cleaning, simply wipe them with a damp cloth.

Woojer developers were present during the Oculus Connect 6 developer conference concluded last week and they managed to secure an Oculus-Ready certificate which would allow them to market the device as an Oculus-optimized device that works smoothly with the Oculus line of headsets.

More news about Woojer’s partnership with Oculus will be released in the coming weeks. The haptic vest and belt are platform-neutral so they should also work with SteamVR headsets and Sony’s PlayStation VR.