Facebook has finally launched its much-anticipated smartglasses which were designed in collaboration with Luxottica and are set to go on sale for a $299 price tag. The new smart glasses are dubbed Ray-Ban Stories and will be sold alongside other Ray-Ban sunglasses, making them very accessible.

These aren’t real AR glasses as was widely expected. The Ray-Ban Stories glasses do not have a display so it would be a bit of a stretch to refer to them as AR smart glasses. At first glance, they carry an attractive ultra-cheap $299 price tag but this cost will likely double if you are considering adding prescription lenses. 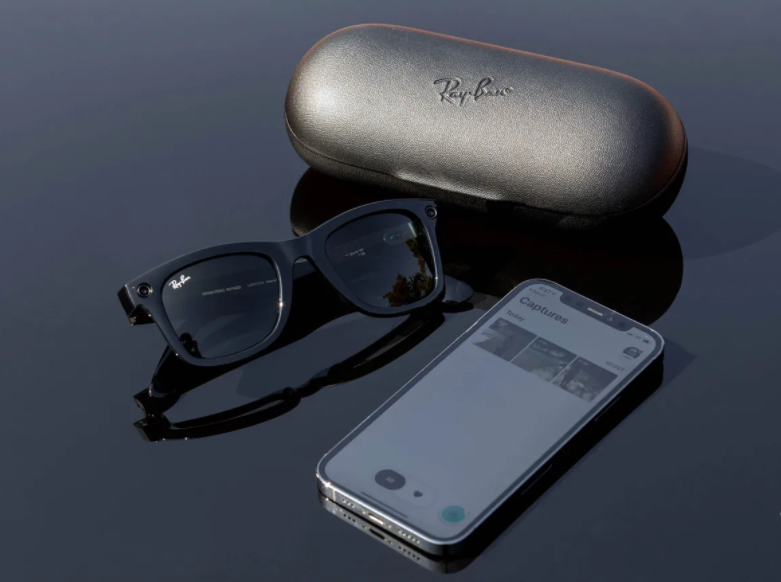 The Ray-Ban Stories combines aspects found in the original Snap Spectacles smart glasses and can record 30-second clips for Facebook, Instagram as well as WhatsApp with some aspects of the audio smart glasses such as the Amazon Echo Frames and Bose Frames which are cool smart glass gadgets for listening to music, podcasts or for making calls.

The Ray-Ban Stories have frames fitted with two front-facing cameras that are used to capture photos and videos. The smart glasses can sync with a companion camera roll app known as Facebook View in which the clips can be edited and shared to the other apps that are already in your phone, including Facebook. The glasses also feature a physical button that serves a recording function. For recording functions, you can also simply say “Hey Facebook, take a video” so that you can control them hands-free.

With the launch of its smart glasses in partnership with Ray-Ban, Facebook is plunging itself into the still-nascent wearables market. With the glasses, the focus appears to be on capturing videos rather than delivering augmented reality experiences. The Ray-Ban Stories will be a direct competitor to Snapchat’s Spectacles smartglasses.

The glasses will be using Ray-Ban’s classic Wayfarer frame style and will primarily allow users to take photos, record videos, listen to music and answer phone calls. Although the glasses do not have an augmented reality functionality capable of overlaying digital content onto the user’s view of the physical world, Facebook stated that it is planning to eventually embed augmented reality into the smart glasses. Facebook’s product director Monisha Perkash revealed that the company was building towards “the next computing platform” and that the Ray-Ban Stories was a “very important first step” towards the realization of that vision.

The smart glasses market is considered a nascent one but is already a very crowded market with some players that have been around for at least the past five years or so. The first Spectacles smart glasses were released in 2016 by the Snapchat parent company Snap Inc. These featured a built-in camera for shooting videos. Amazon followed in 2019 with the launch of a smart glasses gadget for taking calls and which uses Alexa but these, too, didn’t include Augmented Reality functionality.

In May this year, Snap announced a Spectacles version with Augmented Reality functionality but these are not available for consumers. Apple Inc is also planning to launch a smart glass this decade that will feature AR capabilities.

The Ray-Ban Stories are as Conventional as they Come

Ray-Ban Stories smart glasses do not look much different from the classic Ray-Bans. They might have a plain appearance but behind that is a series of smart features that include embedded Bluetooth, dual 5-megapixel camera sensors as well as a Wi-Fi that synchronizes with a smartphone. They also have a battery as well as sufficient storage for up to 500 pictures. The smart glasses also have speakers. Ray-Ban Stories enable a user to snap pics by pressing and holding the button situated on the right side of the smart glasses. To record a video, the button is pressed only once.

The smart glasses also feature a touch area on the right side that is used to control music, a voice assistant as well as calls. Users can also swipe left or right to perform functions such as adjusting volume, tapping to play, pausing and skipping music, or double-tapping to answer or end a phone call. The Ray-Ban Stories also features a basic Facebook voice assistant.

Facebook hasn’t revealed when it plans to unveil its true Augmented Reality glasses on the market but such a gadget would be part and parcel of the company’s long-term strategy of building the metaverse, digital worlds where people can spend time together through a multiplicity of devices that are powered by virtual reality. Zuckerberg believes both virtual reality and augmented reality-powered devices will be the next major platforms for human communications, after mobile phones and that these platforms may eventually replace some of the in-person interactions.

Should Facebook see some success in the device market, the company may eventually develop its advertising and messaging business without having to go through gadgets and operating systems built by its competitors like Google and Apple. Facebook’s hardware division is already building the Oculus headsets as well as the Portal video-chat devices. Facebook also plans to add Augmented Reality features to its Oculus headsets.

https://virtualrealitytimes.com/2021/09/09/facebook-and-ray-ban-unveil-299-ray-ban-stories-smart-glasses/https://virtualrealitytimes.com/wp-content/uploads/2021/09/Facebook-Ray-ban-Stories-Smart-Glasses.pnghttps://virtualrealitytimes.com/wp-content/uploads/2021/09/Facebook-Ray-ban-Stories-Smart-Glasses-150x90.png2021-09-18T18:57:29+00:00Sam OchanjiHardwareTechnologyVirtual Reality NewsFacebook has finally launched its much-anticipated smartglasses which were designed in collaboration with Luxottica and are set to go on sale for a $299 price tag. The new smart glasses are dubbed Ray-Ban Stories and will be sold alongside other Ray-Ban sunglasses, making them very accessible. These aren’t real AR...Sam OchanjiSam Ochanjisochanji@yahoo.comAdministratorVirtual Reality Times