Meta and Qualcomm have announced a strategic and multiyear partnership to develop custom chips for next-generation virtual reality headsets.

The joint collaboration between the two companies is termed a “multi-year broad strategic agreement” where the product and engineering teams from both companies will work together to build the next-generation Snapdragon XR chips. 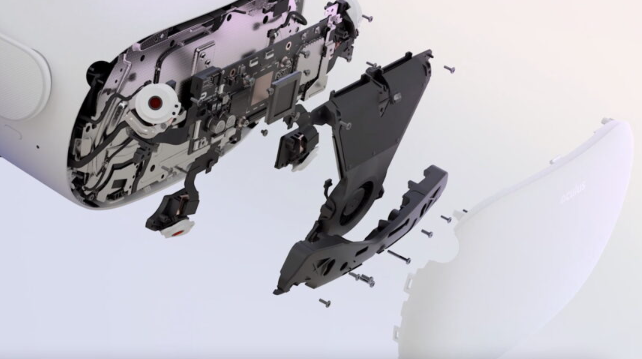 Mark Zuckerberg notes that these chips will be used for the company’s “future roadmap of Quest products”. UploadVR reports that Qualcomm confirmed these chips will not be exclusive to Meta’s VR headsets.

The partnership may therefore be aimed at a future Apple XR challenge rather than to differentiate Meta’s Quest headset from the other Android-based headsets that will continue to sprout in the market and will use the same Qualcomm chip.

Qualcomm and Meta have worked together for over seven years. Meta is currently the biggest chip buyer in the market and will, undoubtedly, have a major say on the ongoing development of the Snapdragon XR2 Gen 1 chip and even its successor which will likely be used in Meta’s future Quest headsets like the Meta Quest 3.

In May this year, The Information published a report claiming that the Apple headset will be powered by the M2 chip that is currently being used in the company’s latest MacBooks. A shell company linked to Apple has also applied for a ‘Reality Processor’ trademark this week.

The current Meta Quest 2 is powered by Qualcomm’s Snapdragon XR2 chip which is a variant of the Qualcomm Snapdragon 865 smartphone chip, first shipped in early 2020.

The Snapdragon 865 processor has had two successors. However, the company is yet to release a new XR chip. Qualcomm’s website currently lists the current XR2 chip as the “XR2 Gen 1” chip.

The new strategic agreement between the two companies is calling for a deepening of technical collaboration that will “deliver next-generation platforms and core technologies.”

However, the upcoming Project Cambria headset, set to launch next month, will still use the Snapdragon XR2 Gen 1 chip according to reports. The headset features a modification that will give it a 30% performance boost with the chip. That Meta is using this old chip on its new high-end headset demonstrates just how much Meta and other players in the industry are still dependent on Qualcomm chips and development cycles.

Apple Has a Huge Chip Advantage

Meta and other leading manufacturers of Android-based headsets should expect serious competition because Apple has a huge chip advantage.

Apple’s upcoming headset is powered by an M2 processor, a chip that offers sufficient computing power for desktop applications and which will likely eclipse a Qualcomm processor that will succeed the Snapdragon XR2 Gen 1.

However, Qualcomm is also working on a next-generation chip that will take on Apple’s M processors. This SoC isn’t expected to arrive before the end of 2023.

Parallel to its partnership with Qualcomm, we are also likely to see Meta pursuing its own chip projects, including for its future augmented reality headsets and other wearables. After all, the company’s long-range goal is to curtail its dependence on Qualcomm.

Early this year, The Information also reported that Meta Platforms’s current chip development efforts weren’t going according to plan and that new Ray-Ban Stories versions will likely be powered by a Qualcomm chip rather than a Meta chip.

https://virtualrealitytimes.com/2022/09/02/meta-and-qualcomm-partnering-to-develop-custom-chips-for-next-gen-vr/https://virtualrealitytimes.com/wp-content/uploads/2022/09/Meta-Qualcomm-Joint-Partnership-600x336.pnghttps://virtualrealitytimes.com/wp-content/uploads/2022/09/Meta-Qualcomm-Joint-Partnership-150x90.png2022-09-03T13:22:59+00:00Rob GrantBusinessMeta and Qualcomm have announced a strategic and multiyear partnership to develop custom chips for next-generation virtual reality headsets. The joint collaboration between the two companies is termed a “multi-year broad strategic agreement” where the product and engineering teams from both companies will work together to build the next-generation Snapdragon...Rob GrantRob Grantgrantverse@yahoo.comAuthorVirtual Reality Times