Cryptocurrency – Pros and Cons of Each

There are now more than 800 cryptocurrencies in the market besides bitcoin, collectively known as Altcoins. The vast majority are useless scams, created solely to “pump and dump”, trying to cash in on the crypto-hype. However, many offer innovative new technologies. Bitcoin is now nearly 10 years old, and hasn’t changed much since its release. Each of the top Altcoins has some new advantages, created to fix Bitcoins various problems. Below we’ll list the best of them, and explain why each has a reason to exist.

A great long-term strategy in investing is to buy a little bit of each of them, since it’s impossible for anyone to really know which ones will survive the next 5-10 years. One thing for sure, the entire market of cryptocurrencies will go up, so diversifying your investments in them will future-proof your portfolio. Cryptocurrencies are decentralized virtual and highly encrypted currencies held digitally online, they are safe, private, easy to use, quick, and highly valuable. You can use cryptocurrencies to make payments or transfer to anyone anywhere with extremely low fees. Fees are often determined by the amount of data involved in a transaction and not based on the amount itself, they also function as a deterrent, to discourage users with malicious intentions who want to make DoS attacks to the platform.

Bitcoin is the first decentralized ledger currency. It is also the most valuable, popular, relevant cryptocurrency and it has the highest market capitalization. Some people claim it still has to address certain issues such as privacy and scalability, but not one can deny that it is by far the Mother of All Cryptocurrencies. Bitcoin was created to allow easier global transactions and increase financial inclusion, thousands of people and companies worldwide are already using and accepting Bitcoin.

Ethereum is a unique cryptocurrency, very different to the others, so much that it wasn’t even designed to become a currency at all, but only as a form of payment within a platform. Ethereum was designed to decentralize the web by supporting Turing-complete smart contracts. So people ‘mining’ Ethereum use their processing power to help companies that need that extra power for their processes without the need for buying expensive servers subject to the risks of modernity: hacks, power outages, physical damage, etc.

Ripple was specially designed for peer to peer debit transfers. It is not based on the Bitcoin. This cryptocurrency network has made strong alliances with banks to allow cross-border payments in real time. The technology eliminates time delays and grants certainty of settlement, this lowers costs and increases revenues for banks and financial institutions.

Litecoin was the first cryptocurrency to use Scrypt, a different hash algorithm. This is a peer-to-peer cryptocurrency that allows instant and very low-cost payments. It’s open source and completely decentralized.

There are slight differences between Bitcoin and Litecoin, for instance, Litecoin has better storage efficiency and faster transaction confirmation times. This grants Litecoin a special and secure place in the cryptocurrency scene.

NEM, apart from being a popular and highly valued cryptocurrency, it is a blockchain project that involves than only handling its native currency tokens. NEM is also a peer to peer platform that provides other interesting services like payments, asset making, messaging, and a naming system. This platform is mostly used and quite popular in Japan.

Dash is a bitcoin-based currency that features instant transactions, private transactions and a decentralized budgeting and governance. This cryptocurrency mutates automatically and anonymously with CryptoNote technology. This means that the network code is always updated with very low developer cost and almost 0% errors.

The Ethereum was subject to an attack that forced Ethereum owners to move to a new system, this caused a schism in the community between those that agreed to move (Ethereum) and those that wanted to stick with the old one (Ethereum Classic) and since then, both cryptocurrencies, though similar, follow different path and directions. 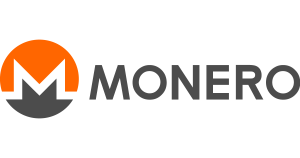 Monero is a cryptocurrency highly focused on Privacy that uses the CryptoNote protocol with some improvements for better decentralization and scalability. Monero’s cryptographic system enables funds transfers without them being publicly visible on the blockchain. All transactions will always remain private by default. Transactions made within Monero are untraceable, it’s literally impossible to link a certain transaction to a particular user.

The Lumen is the currency used in the Stellar platform, which is an open source protocol that allows people exchange money. Stellar servers run a software implementation of the protocol that connects through the internet to communicate with other Stellar servers, this creating a worldwide value exchange network. This online network features a fixed inflation mechanism. This means that new lumens are added at a rate of 1% every year. Anyone who has lumens is able to vote on where funds coming from transaction fees should go. 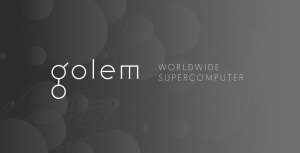 Golem is the virtual currency used on the platform of the same name. Golem works pretty much like Ethereum, it is a decentralized, open source supercomputer accessible by anyone. It functions with the combined power of people’s computers worldwide. The Golem Network is a sharing economy of computing power, people can enter to make money by renting their computing power or selling software. The main difference with Ethereum is that Golem is not Turing-complete, it’s simpler and more secure.

Bytecoin is an open decentralized cryptocurrency. Bytecoin allows safe and secure transactions around the globe and offers the convenience of instant fee-free money transactions. Bytecoin algorithms don’t allow other users to know your wallet balance, to whom you send money and where you receive your funds from. You can take part in the operation of the network by allocating computing power of your computer. Due to this mechanism, transaction processing is decentralized, which allows a person to be not only a user but also a participant.

Dogecoin is a decentralized, peer-to-peer digital currency that enables you to easily send money online. “Doge” is their fun, friendly mascot. The Shiba Inu is a Japanese breed of dog that was popularized as an online meme and represents Dogecoin. Zcash is a decentralized and open-source cryptocurrency that offers privacy and selective transparency of transactions. Zcash payments are published on a public blockchain, but the sender, recipient, and amount of a transaction remain private. Zcash uses advanced cryptographic techniques, namely zero-knowledge proofs, to guarantee the validity of transactions without revealing additional information about them.

Augur is a prediction market platform that rewards people for correctly predicting future real-world events. You make your predictions by trading virtual shares in the outcome of events happening in the real-world. The prices of the shares you trade in any event add up to one dollar, so if you buy a share at even odds it will cost you 50 cents. If you end up being right, you’ll get back one dollar every share you bought.

The Stratis cryptographic token ($STRAT) combines the proven security consensus of Bitcoin, with the latest advancements in blockchain technology. It is a Proof-of-Stake (POS) cryptocurrency with limited emission and low inflation, STRAT is trading on reputable cryptocurrency exchanges and valued by investors worldwide.

Gnosis is built on Ethereum, a next generation blockchain protocol enabling advanced smart contracts. Speculate on anything with an easy-to-use prediction market.

Waves is a decentralized platform that uses custom Blockchain tokens to represent value. People claim it’s like combining Ripple with Tether and Next. Waves uses a unique set of gateways, trying to make it easier to exchange their cryptocurrency with fiats (such as US Dollars, Euros, etc) by creating linked pseudo-fiats such as wUSD or wEUR. 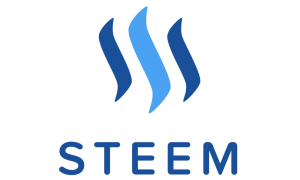 Steem is a blockchain-based social media platform where anyone can earn rewards. Cryptocurrency tipping platforms require users to give something up to reward other for their contributions. With Steem, rewarding others is as simple as voting for a post, such you may on Reddit, or as you would Like a post on Facebook. The blockchain distributes payouts as 50% Steem Power for voting and 50% Steem Dollars. Rewards are distributed by the blockchain, similar to how miners are paid by Bitcoin, and occur roughly 24 hours after content and votes have been submitted.

Using the Sia blockchain, Sia creates a decentralized storage marketplace. It splits apart, encrypts, and distributes files across a decentralized network. It stores tiny pieces of files on dozens of nodes across the globe and rewards users with Siacoins for sharing their storage. This eliminates any single point of failure and ensures highest possible uptime, on par with other cloud storage providers.

The BitShares platform itself is run and maintained by the BitShares community–an open consortium of individuals and organizations committed to providing universal access to the power of smart contracts. Bitshares works with SmartCoins, which are cryptocurrencies whose value is pegged to that of another asset, such as the US Dollar or gold. SmartCoins always have 100% or more of their value backed by the BitShares core currency, BTS, to which they can be converted at any time at an exchange rate set by a trustworthy price feed. 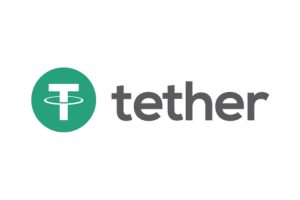 Tether converts cash into digital currency, to anchor or tether the value to the price of national currencies like the US dollar, the Euro, and the Yen. Every tether is always backed 1-to-1, by traditional currency held in our reserves. So 1 USD₮ is always equivalent to 1 USD.

The Tether platform is built on top of open blockchain technologies, leveraging the security and transparency that they provide. Tether’s blockchain-enabled technology delivers world-class security while meeting international compliance standards and regulations.

Let us know if you know any other important cryptocurrency that we should mention.

https://virtualrealitytimes.com/2017/05/15/cryptocurrency-pros-and-cons-of-each/https://virtualrealitytimes.com/wp-content/uploads/2017/05/2016-09-14-1473882679-3868833-bitcoin-600x391.jpghttps://virtualrealitytimes.com/wp-content/uploads/2017/05/2016-09-14-1473882679-3868833-bitcoin-150x90.jpg2017-05-15T18:07:00+00:00Pierre PitaAltcoinsCryptocurrencyThere are now more than 800 cryptocurrencies in the market besides bitcoin, collectively known as Altcoins. The vast majority are useless scams, created solely to 'pump and dump', trying to cash in on the crypto-hype. However, many offer innovative new technologies. Bitcoin is now nearly 10 years old, and...Pierre PitaPierre Pitajeanpierrepita@gmail.comEditorTrue gamer and very passionate about gadgets and new technologies. Virtual Reality is the future and geeks like us are ruling the World.Virtual Reality Times

True gamer and very passionate about gadgets and new technologies. Virtual Reality is the future and geeks like us are ruling the World.
View all posts by Pierre Pita →
« Cross Video Days Call for AR/VR Projects and Studios now open!
Microsoft Shows Windows Mixed Reality Controllers »