Leading tech players have come together to found an open metaverse standards group called the Metaverse Standards Forum. Involved in the initiative are Meta, Microsoft, Epic Games, along with 33 other companies and organizations. Notable absences include Google and Apple.

The Metaverse Standards Forum is a standards group for metaverse tech and has been formed to foster an open and interoperable standards regime for virtual reality, augmented reality, geospatial, and 3D tech. 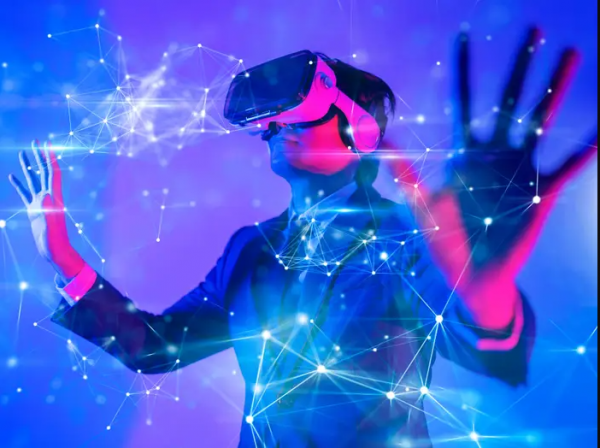 A press release from the group states that the Metaverse Standards Forum will place an emphasis on “pragmatic, action-based projects” such as hackathons and prototyping tools that support common standards.

The group has been founded by some of the leading players in the metaverse space such as the World Wide Web Consortium (W3C), Qualcomm, Nvidia, Unity, and Sony Interactive Entertainment. New names also appear in the group such as the blockchain payments startup Lamina1 that is co-founded by Neal Stephenson, Snow Crash author and the man who coined the term ‘metaverse’.

But the metaverse consortium is missing some of the big names in tech and the metaverse such as Apple and Roblox. Apple is currently developing a mixed reality headset which rumors suggest may be released in early 2023. Also, absent in the list of Metaverse Standards Forum founder organizations is Niantic. Both Niantic and Roblox have been major players in the metaverse and have developed early social metaverses that blend games and virtual worlds. However, it is possible that the group will be joined by additional members once it begins operation. The first Metaverse Standards Forum meetings are expected to be held this year.

A press release from the group states that industry leaders contend that the potential of the metaverse can best be realized if it is created on the foundation of open standards. The statement says that developing an open and inclusive metaverse “at a pervasive scale” will require a constellation of open interoperability standards.

Currently, the metaverse is used as a catch-all terminology to refer to anything to do with VR and AR virtual worlds. Even some blockchain-based NFT projects are referred to as metaverse projects. Many of the subfields of what now constitutes the metaverse already have their standards bodies and some of the standards organizations joined the Metaverse Standards Forum.

Creating open standards does not necessarily imply that these companies will create a metaverse that is interlinked like the World Wide Web. Many players such as Epic are already creating metaverse worlds that are “self-contained.”

An open standards regime for the metaverse may simply imply that developers are able to easily build the same content for different platforms or uses being able to export data between different metaverse services.

The metaverse forum has also talked of its interest in formalizing the development of the metaverse as a unified field. It has also given some hints at the companies that have shown or seem to show the most interest in creating accepted standards for the metaverse.

https://virtualrealitytimes.com/2022/06/25/open-metaverse-metaverse-standards-forum-founded-by-leading-tech-players/https://virtualrealitytimes.com/wp-content/uploads/2016/01/metaverse-600x338.pnghttps://virtualrealitytimes.com/wp-content/uploads/2016/01/metaverse-150x90.png2022-06-25T10:22:09+00:00Kristin HummelMetaverseTechnologyLeading tech players have come together to found an open metaverse standards group called the Metaverse Standards Forum. Involved in the initiative are Meta, Microsoft, Epic Games, along with 33 other companies and organizations. Notable absences include Google and Apple. The Metaverse Standards Forum is a standards group for metaverse...Kristin HummelKristin Hummelkristiehummel@yahoo.comAuthorVirtual Reality Times