Going to theme parks is a way to immerse yourself in a different world – away from the realities of the real life. It’s an enjoyable, relaxing experience where you can focus on fantasies of a different world. But what if the future of theme parks lies within the breakthrough virtual reality technology? When done right, technology intersected with the arts can be a good combination. In this case, virtual reality could be used to create a whole new kind of experience in the world of theme parks.

Thanks to the recent revival of the VR industry, there have been numerous attempts to debut virtual reality as a new medium for themed experiences. These experiences include immersive, action-packed person-to-person battle games, as well as VR parks that enable its guests to interact with a virtual environment and do all sorts of stuff. We list some of these cool VR theme parks that are being pushed to become a mainstream kind of VR experience that anyone can become a part of. 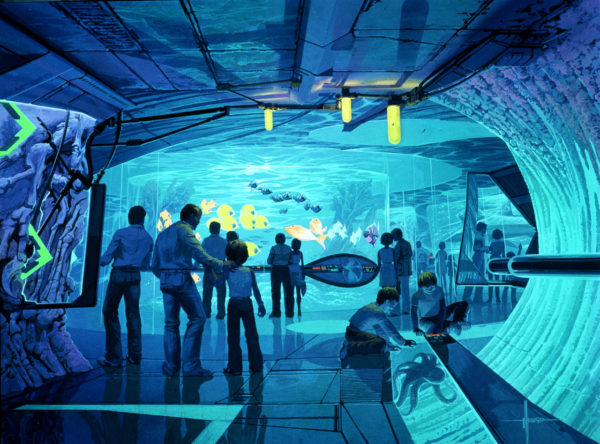 Landmark Entertainment Group, the firm behind some of the most inspiring theme park designs of Universal Studios attractions such as Terminator 2 3D, announces L.I.V.E. Centre, which is a mixed-reality theme park. L.I.V.E., which stands for Landmark Interactive Virtual Experience, is a theme park that will be using a combination of both augmented reality and virtual reality for a wide range of experiences. To be launched in China in 2018, the L.I.V.E. Centre will open up educating and entertaining mixed-reality experiences for people of all ages. Guests will be given VR goggles which they will be using for virtual zoos, aquariums, galleries, and even live entertainment experiences. Landmark Entertainment Group intends to launch 30 L.I.V.E. Centres worldwide. 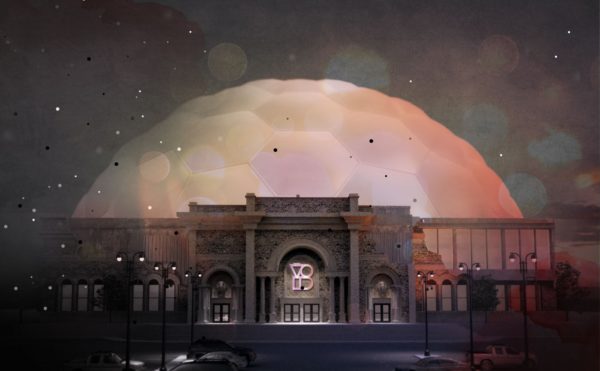 The VOID, which stands for The Vision of Infinite Dimensions, is a virtual reality-themed entertainment park that uses virtual reality and physical environments to simulate futuristic, immersive, and realistic four-dimensional VR experiences, which will be primarily composed of VR games. By effectively intertwining VR and the physical world, guests on The VOID will experience entering a virtual world where every object is interactive – everything can be felt, controlled, and manipulated based on anything that is rendered on the provided head-mounted display (HMD). The VOID will be the world’s first VEC – the only one of its kind so far – when it launches in summer 2016. The VR theme park is made up of 16 reconfigurable, 60-by-60-foot rooms that feature interchangeable physical surfaces that change their texture based on the VR content it plays with.

Another VR center in Melbourne, Australia called Zero Latency, is offering the same experience to VR fanatics. It traces its roots as a crowdfunded project, and was successfully funded on Australian crowdfunding site Pozible, earning AU$29,700. Zero Latency offers a fully wireless, multiplayer VR gaming experience to its guests. Upon entry, guests will be provided a backpack that contains all the electronics needed for the VR experience – an Oculus Rift VR headset, and a set of VR weapons including pistols, grenades, and rifles. A large, 50-square-meter space is provided for up to two guests to experience VR gaming for half an hour.

The future of theme parks and general entertainment lies in the success of virtual reality. These promising developments are just a glimpse of what we could expect in seeing VR as one of the technological standards in entertainment.

https://virtualrealitytimes.com/2015/08/02/virtual-reality-theme-parks-under-development/https://virtualrealitytimes.com/wp-content/uploads/2015/08/tumblr_nqewuk0EQS1uz9fp6o1_1280-600x444.jpghttps://virtualrealitytimes.com/wp-content/uploads/2015/08/tumblr_nqewuk0EQS1uz9fp6o1_1280-150x90.jpg2015-08-02T07:52:21+00:00John Marco OscilladaSimulationsVirtual WorldsGoing to theme parks is a way to immerse yourself in a different world – away from the realities of the real life. It's an enjoyable, relaxing experience where you can focus on fantasies of a different world. But what if the future of theme parks lies within the...John Marco OscilladaJohn Marco Oscilladaoscilladajm@gmail.comSubscriberVirtual Reality Times