Home » Editorial » Featured » Philosophy and Ethics » You are reading »

Articles Claiming that VR will bring the end of Civilization 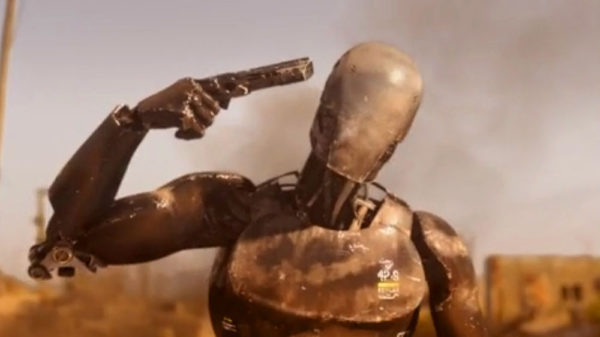 Just as VR itself is inevitable, so are the articles predicting this technology will ruin civilization.

The battle over whether virtual reality is safe for children (or adults for that matter) has yet to begin. This juicy topic is sure to start gaining traction with our fear-obsessed news providers/creators at some point. Sometime in 2016 or 2017, a child will fall down the stairs or out of an apartment window while wearing an Oculus Rift, and the nay-sayers will start the attacks. One wonders if groups will even attempt to ban this technology after labeling it as a creation of the Devil himself.

Who will lead the anti-VR charge? One thing for sure, with everything politicized and politicized as they are, if President Obama supports VR, you can be sure the entire Republican establishment will line up to denounce it. We can easily imagine many groups coming out to hate VR, such as:

What we can see from this list, is that the these are all groups that are very organized and vocal, so their opinions will carry a lot of power in the political space.

While the anti-VR crowd is currently small, and just a murmur at this point, there are quite a few interesting article out there already, and it’s very interesting to read them. Here’s a sample of some of the better ones:

“An Invention to Die For…” – The Guardian

“[It is going to become] more and more pleasurable to sit alone, with images on a screen given to us by people who do not love us, but who want our money…”

Read this brilliant and hilarious article by Thomas Hobbes:

“The problem is that your average futurist spends so much time in their mother’s basement watching Star Trek reruns that they forget what people are actually like. They can’t comprehend what those savage, horny fucking apes we call human beings will actually do with their new toys once they get their hands on them… …hese people think technologies like VR or sexbots or body modification will just be “another choice.” It’s like somebody looking at the first cars at the end of the 19th century and thinking “Well… people might use them when there are no horses available… … Millions of people will be sitting there, slowly wasting away in their bedrooms. They will make the World of WarCraft-playing nerds of our generation look positively outgoing.”

“Such profound advances come with equally serious threats to our physical and emotional well-being. Consider that large percentages of people experience stress or anxiety after wearing a full occlusion headset for more than a few minutes. Other negative physical side effects can include severe eyestrain, nausea and motion sickness. ”

Are virtual reality headsets dangerous? Users could injure themselves or even be mugged while wearing devices, developers warn – The Daily Mail (UK)

“Developers have said that because the goggles occupy a user’s entire visual field they are worried that they could walk into things.
They are also anxious that people will not notice somebody rummaging through their pockets and stealing their wallet. Another issue is that they may be ridiculed in public just like users of Google Glass, Google’s ill-fated augmented reality eyewear.

Why Microsoft HoloLens will Destroy Us, if we Let It – Huffington Post (UK)

“Twenty years later, the world will be a very different place in my brain. Reality will have lost all meaning and I will live in a state of perpetual creation and destruction. HoloLens will now surround me with pure light, swirling colours and pounding journeys through space and time… HoloLens, a concept just too good for this world, will destroy us. It will give us the power of gods, it will deceive us and erode us. It will consume our waking lives and undermine the very basis of existence.”

Virtual Reality Can Destroy Us – by Steve Sng Wei Zhuang

Is Virtual Reality going to make us withdraw from the real world? – Factor

“Doom-mongers have predicted that VR technology will result in a generation of isolated shut-ins, living out their hopes in a dream world while reality slips away. Are we headed for this future?”
http://factor-tech.com/feature/is-virtual-reality-going-to-make-us-withdraw-from-the-real-world/