Home » Hardware » Microsoft » You are reading » 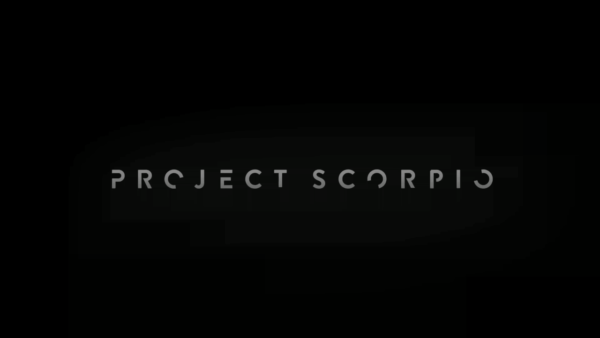 Microsoft is stepping up the console wars thanks to VR. Coming next year, the Xbox family will welcome another addition – not just any addition, but a great one. Called Project Scorpio (still in its codenamed phase), it’s the long-rumored, enhanced, and more powerful iteration of its Xbox One gaming console.

Project Scorpio is expected to be capable of running games in native 4K resolution, as well as support for virtual reality experiences. These graphics capabilities are to be realized all thanks to its six teraflops of GPU power. Yes, you read that right. Xbox chief Phil Spencer said that Project Scorpio is more than just a mere spec bump or refresh to the Xbox One.

As the Project Scorpio Xbox gets its huge spec upgrade, it is expected to leverage its raw power to bring natively-run games in glorious 4K and a range of VR experiences – all within a gaming console. Microsoft is said to have developed Project Scorpio as a response to the high-end VR market, where PCs benefit a lot from high-end VR experiences with the Oculus Rift and HTC Vive. The company stated that Project Scorpio will be “the most powerful console ever built” once it ships out next fall.

Its loyal customers need not worry about compatibility issues across next-gen Xbox consoles. According to Microsoft, all models of the Xbox One, including the original Xbox One, the Xbox One S, and the Project Scorpio Xbox, will be able to render the same content which includes games and other visual media. Thanks to more powerful hardware, many games running on Project Scorpio will see many graphics improvements. These improvements include running games at 1080p resolution at a consistent 60 frames per second, which is unseen in Xbox consoles as many games try to run at 60fps but the resolution drops down to maintain the high frame rate.

VR is a main highlight of Project Scorpio. Microsoft is reported to have been working with Oculus to bring VR to the console, but the company denies of any VR linkages so far. Spencer said that while they won’t be dropping names just yet as to which VR developers they might work with, Microsoft is building Project Scorpio with the right computer architecture in mind to handle VR seamlessly.

Microsoft admits that it is quite early to reveal a brand new game console. Although Project Scorpio is still in the works (it is just a codename), it can be told that it is Microsoft’s response to Sony’s PlayStation VR – a gaming console by itself carrying VR capabilities. There has been no specific release date yet, but it is expected to launch sometime in the fall next year.

https://virtualrealitytimes.com/2016/06/23/microsoft-project-scorpio-vr/https://virtualrealitytimes.com/wp-content/uploads/2016/06/Screen-Shot-2016-06-23-at-15.49.28-600x338.pnghttps://virtualrealitytimes.com/wp-content/uploads/2016/06/Screen-Shot-2016-06-23-at-15.49.28-150x90.png2016-06-23T07:56:20+00:00John Marco OscilladaHardwareMicrosoftMicrosoft is stepping up the console wars thanks to VR. Coming next year, the Xbox family will welcome another addition – not just any addition, but a great one. Called Project Scorpio (still in its codenamed phase), it's the long-rumored, enhanced, and more powerful iteration of its Xbox One...John Marco OscilladaJohn Marco Oscilladaoscilladajm@gmail.comSubscriberVirtual Reality Times