NASA Lets You Explore The Red Planet In Virtual Reality 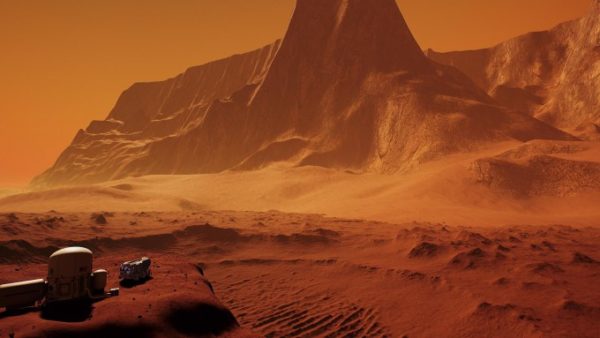 Ever wondered if you could play a role as a space traveler and live like a Martian on the Red Planet? That far-fetched idea is now becoming a reality – in virtual reality – thanks to a partnership by NASA and FUSION, a multi-platform media company owned by Disney-ABC Television Group and Univision. The strategic partnership led to the production of a virtual reality experience that will simulate living as one of the first astronauts to set foot on Mars – it’s called The Mars 2030 Experience.

As part of ongoing efforts to build public interest in a real manned mission to Mars, The Mars 2030 Experience will incorporate research provided directly from NASA and MIT Aeronautics and Astronautics PhD candidate Sydney Do; taking you on an ‘extravehicular activity’ so that you can explore the Martian landscape in a Z-2 space suit, a real prototype currently under development at NASA. The Mars 2030 Experience will also allow you to explore the interior of a prototype habitat proposed by NASA scientists.

Debuting first at South By Southwest (SXSW) 2016’s newly created VR/AR track in March, The Mars 2030 Experience will launch summer next year on the following VR headsets: Oculus Rift, both Android and iPhone versions of the Google Cardboard, and Samsung Gear VR. The experience will be demoing from March 16 to 18 for all SXSW badgeholders.

The team behind the project is also currently aiming to add a multiplayer component so that groups of VR astronauts can explore the Red Planet together—something that if they get right, could be a great learning opportunity for science classes of any age group.

“We saw this as an opportunity to share elements of our human Mars surface exploration concepts using today’s advanced virtual reality technologies. We already use VR technology in astronaut training and spacecraft simulations, so it seems logical to extend that successful model to inspire and educate the next generation of space explorers and scientists in captivating way,” said Jason Crusan, Director of Advanced Exploration Systems at NASA.

According to Fusion’s Senior Vice President Daniel Eilemberg, “People today expect more out of their media than just words on a page or video on a site, so we set out to bring Mars to our audience through an innovative and immersive way using the latest virtual reality technology… with the help of NASA our team has been able to create a rendering of the first human explorers on Mars that is as true to reality as the brightest minds know it, enabling users to experience the Red Planet in a highly engaging way.”

A broadcast of the experience will also be available on Twitch. FUSION’s VR producer and designer Julian Reyes will be leading production of The Mars 2030 Experience.

For more information on the Mars 2030 Experience, please visit the following websites:

https://virtualrealitytimes.com/2015/12/26/nasa-mars-2030-experience-vr/https://virtualrealitytimes.com/wp-content/uploads/2015/12/MarsScreenshot4-680x383-600x338.jpghttps://virtualrealitytimes.com/wp-content/uploads/2015/12/MarsScreenshot4-680x383-150x90.jpg2015-12-26T14:23:52+00:00John Marco OscilladaSimulationsVirtual TravelEver wondered if you could play a role as a space traveler and live like a Martian on the Red Planet? That far-fetched idea is now becoming a reality – in virtual reality – thanks to a partnership by NASA and FUSION, a multi-platform media company owned by Disney-ABC Television...John Marco OscilladaJohn Marco Oscilladaoscilladajm@gmail.comSubscriberVirtual Reality Times