Home » Editorial » You are reading »

Will VR Die Again before a Killer App is Found? 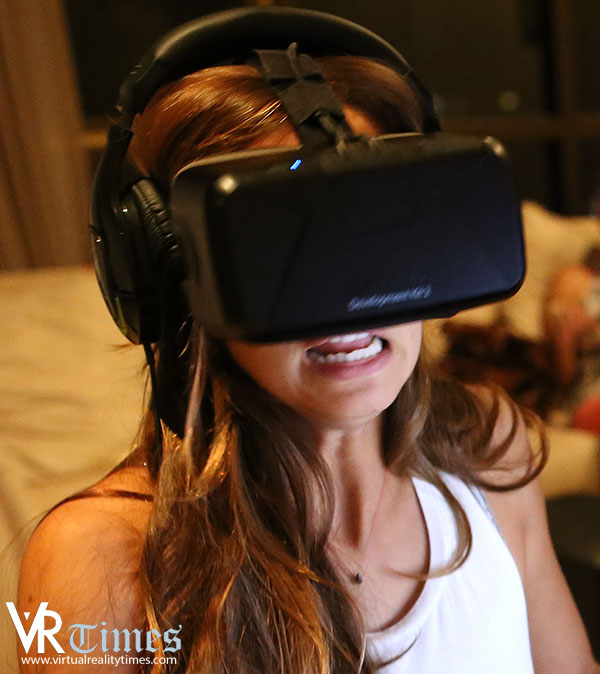 As we continue waiting for Oculus to finally release a decent controller that increases Immersion, rather than detracting from it, I sometimes wonder how many years it will really take for virtual reality to go mainstream. The current buzz is all about how sales of both Vive and the Rift have flat-lined as early adopter geeks, possibly the only real market for today’s VR headset tech.

For example, over the past several months, I’ve demo’ed my CV1 to a few dozen people, and although all of them were amazed by it, none of them wanted to own one. They don’t even ask the price. If it was $100 they still wouldn’t want it. The reason for that is that there’s still no killer App for VR.

“Before we invent VR we have to invent fucking force fields.”

I was reading the comments on this YouTube video: Virtual reality games are not so great yet and found within many brilliant and often hilarious comments about the state of VR:

Nicknasty14: I rather buy myself a 60inch 4K tv and a Neo or Scorpio when they come out. Fuck this gimmicky VR bs. Lame, it’s for idiot geeks like yourself with no life. Get outside if you wanna play paintball you dumb fuck. Boring ass games with no purpose and this video shows that perfectly! I don’t give a shit what you say, the games are lameeeee! You got duped, dumb consumer.﻿

Pariah: So, VR is pretty much the Virtual Boy’s and Kinect’s abortion. Just another gimmick. It’s all a bunch of overpriced Tech Demo machines that will probably die before it starts getting good games.

advanceddarkness3: …current VR is gimmicky at best. Elite Dangerous is a great demonstration of VR and where it can possibly be in 5 years. To say there is no difference playing ED on a monitor or a HMD is laughable. ED is currently the ONLY game worth playing in VR, the rest are glorified Wii games. I sold my RIFT because the lack of any content besides ED

Semirotta: Overpriced shit and so are the VR tools. I would never suggest anyone to waste their money into this… VR will never be good as long as you have to wear those clumsy heavy tools to use it. Also the games look like $5 games that are done in a week but will in reality cost 3-5 times more which is retarded.﻿

Mike Pirelli: its an $800 Wii to put on your face that only works well with a very decent pc, different decade, same gimmicky shit. even good games will be fun for about a few hours and done﻿

Prowly-b: If I’m payin that much for the damn thing it better work amazing. Why should consumers tolerate a glorified beta test for hardware that isn’t ready for consumption?﻿

Ryder Storm: These things are going to be bad ass in about 10 years…﻿

So yes, the Vive experience is much better at the moment than the Rift, and yes the tech will get better, and sure, I picked out all the negatives from the comments while ignoring VR’s defenders, but the fact is that there are a LOT of people who are disappointed by VR’s opening salvo, and the general public is not ready to spend money on this.

Companies are spending billions of dollars right now making various products for VR, which will be released for headsets that have a crappy FOV, a still very noticeable SDE (Screen Door Effect), and for the most part, and very little of the true immersion that they’ve been promised.

ProTip: Never buy new technology after it is released

Without a killer app, virtual reality is just a cool tech demo, and after over-hyping virtual reality for the past few years and promising the public that they’re going to have a holodeck in their home, will they turn on their golden child and blow up this thing before it can really get started? Expectations have been set very high, and while VR tech is rapidly moving forward, I wonder if it will will move fast enough to appease the money-people behind the billions in investments going into a product that doesn’t appear to be ready for mainstream adoption into everyone’s homes. VR needs around 10 years to get really good, and with big business generally focused on short-term profits, we could witness a huge drop off in investment in the check when VR doesn’t take off on the financial trajectory that has been predicted by many pundits.

AR, Augmented Reality, on the other hand, looks far more promising than VR. With the headsets taking many more years to deliver, it’s possible that AR will take over the enthusiasm and carry it forward, since there are many more promising killer apps than in VR.

As a result of all this, we should expect VR to crash and burn in a year or so. All the negative stories about dying startups will surely affect investment in the sector, and could even make investors skittish of AR before it even really gets off the ground. Many big players will drop out, and thousands of smaller VR companies will find that they don’t have the revenue to continue, adding to the body count and general bloody mayhem. Just as when the dot-com bubble burst in 1997, journalists will soon be circling like jackals, picking at the eyes and genitals of starving VR startups.

Just as when the internet bubble first burst, journalists will soon be circling like jackals, picking at the eyes and genitals of starving VR tech startups.

Of course, VR is still a big part of humanity’s future, and it’s not going to die entirely. VR’s growth will be stunted, but will continue at a slow pace. With a few new technologies, much better resolution, FOV and developers tools that make it easier for artists to make amazing things, we’ll see a big resurgence again in VR. Can anything save VR from the inevitable boom and bust cycle of over-hyped tech? I see three possibilities. First, perhaps the many VR movie studios will make some cinematic content that’s truly amazing, like Henry, but much better and longer. Second, if Oculus releases its CV2 headset quickly enough, with a better FOV, better resolution, and their Nimble technology where you can see your hands, then perhaps a killer app will be found. Third, if the soon-to-be-release Vuze 360 3D VR Camera does what they say, it could create a huge wave of very interesting content, produced by hundreds of thousands of creators and artists, that could be much more compelling than the flat “Fake VR” 2D 360 videos being trumpeted about now. So without some kind of major innovation, VR enthusiasts should prepare themselves for a bumpy road and focus on long-term strategies for their companies.

Forbes: I’ve Been Waiting For The Oculus Rift My Whole Life, But Now It’s Sitting In My Closet

PC Games N: How, Why, and When VR Will Fail

Wall St Journal: Why the Virtual-Reality Hype is About to Come Crashing Down