Virtual Reality is a baby in terms of revenues and profits compared to the tech industry, but many companies are investing either way. Valve is pushing forward with its Steam VR following the same strategy that Nintendo’s Shigeru Miyamoto applied in the development of successful Nintendo devices. Valve is working on software and hardware at the same to make sure they are both perfect for each other.

Why in the world is Valve making VR hardware?

“We’re building three VR games. What we can do now is we can be designing hardware at the same time that we’re designing software. This is something that Miyamoto has always had. He’s had the ability to think about what the input devices and design of systems should be like while he’s also designing games. And our sense is that this is going to enable us to build much better entertainment experiences for people.”

Newell made clear that Valve does not expect to make big profits from hardware in the near future because the margins in this industry are not particularly big right now. But he did explain that the company intends to develop both hardware and software in unison in order to move Virtual Reality forward.

“It feels like we’ve been stuck with mouse-and-keyboard for a really long time. The opportunity to build much more interesting kinds of experiences for gamers is there, we just had to expand what we could do. But it’s not about building hardware, it’s about making bigger leaps forward by working on these things together.”

Even though Valve realizes its efforts could be in vain and no one knows if the strategy will work, the company still believes that in the case of failure, anyone would benefit from the data provided and come up with a successful idea because SteamVR is open.

“The presumption is that when you’re trying to build something new, you’re going to have a lot of failures. So you want to be in a position so you know if something could work. If you’re not failing, then you’re probably not exploring the potential space.” 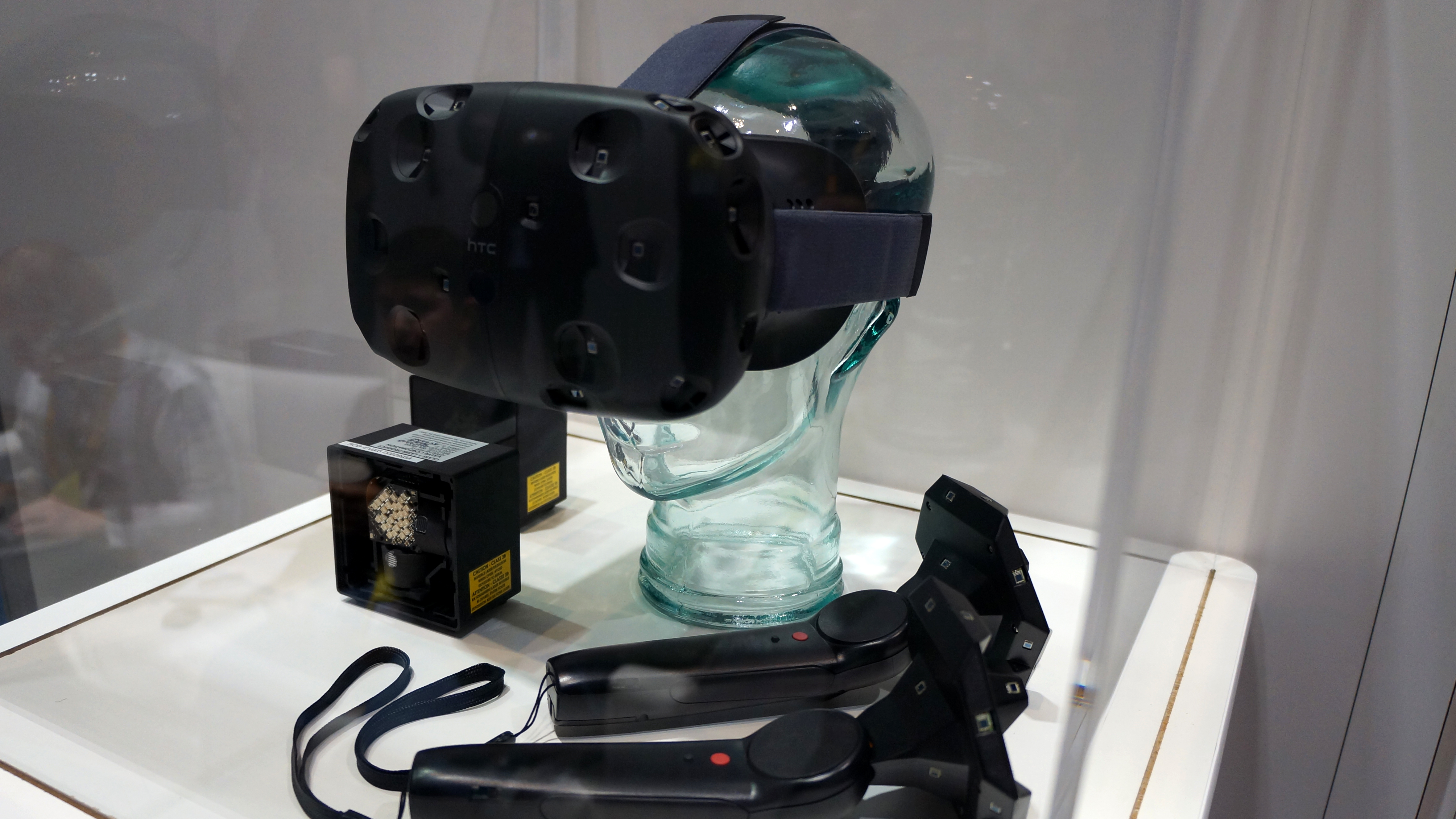 Valve is willing to do as much exploring as it is possible in order to reach success, and Nintendo is an example of that.

“Because you can always be surprised. Personally, I thought the DS was kinda stupid. I thought Sony was going to crush Nintendo in that generation of handheld devices. I was totally wrong. I hadn’t worked on it. I hadn’t tried to design any games for it. And clearly, the DS ended up the winner. On the flipside, the first time I played Wii Sports, I was like, ‘Oh, my god — there’s so much potential here.’ But it turned out that Wii Sports pretty much nailed it, and that was it. And there was less innovation that I expected.”

Newell is aware that a small team, however smart they all are, can’t beat the creativity of thousands of users and developers worldwide.

“You can still find out that there was more or less [to an idea] than you thought and you find out by making a bunch of experiments and getting a bunch of other people to try things. And the assumption is that as we continue this ongoing evolution of game design, tools, and hardware, we’re going to find stuff that really creates game experiences that take advantage of the unique characteristics of VR.”

We don’t know for sure what will happen with the Steam VR, but Valve will continue to develop the hardware and the software simultaneously. Who knows, maybe the Steam VR could be the next iPhone of the VR headsets.

https://virtualrealitytimes.com/2017/02/15/valves-vr-strategy-inspired-in-nintendo/https://virtualrealitytimes.com/wp-content/uploads/2017/02/valve-logo-1-600x400.jpghttps://virtualrealitytimes.com/wp-content/uploads/2017/02/valve-logo-1-150x90.jpg2017-02-15T19:33:29+00:00Anushay QaiserSteamVRValveVirtual Reality is a baby in terms of revenues and profits compared to the tech industry, but many companies are investing either way. Valve is pushing forward with its Steam VR following the same strategy that Nintendo’s Shigeru Miyamoto applied in the development of successful Nintendo devices. Valve is...Anushay QaiserAnushay Qaiseranushayqaiser@hotmail.comContributorAnushay is a writer from Pakistan, specializing in technology and futurism. She's a big VR fan, despite living in a country without much presence in high technology or virtual reality.Virtual Reality Times

Anushay is a writer from Pakistan, specializing in technology and futurism. She's a big VR fan, despite living in a country without much presence in high technology or virtual reality.
View all posts by Anushay Qaiser →
« Will VR Die Again before a Killer App is Found?
List of Gesture Controllers for Virtual Reality »