Home » Business » Technology » You are reading »

Silicon Valley-based venture firm The Venture Reality Fund (The VR Fund) released its first-ever European virtual reality (VR) landscape, featuring dozens of companies developing infrastructure, tools/platforms and/or apps for the booming ecosystem. The landscape was created in partnership with LucidWeb, the French VR and WebVR consulting and development agency, to depict the growth in the ecosystem, increased investment, and growing international impact.

The European VR landscape is based on extensive research and information gathered during meetings and calls with regional VR ambassadors across Europe. Close to 300 VR startups were identified and reviewed, of which 116 were selected to be part of the first release of the VR Landscape Europe.

“We chose to partner with LucidWeb as they have a strong database of top VR startups in Europe and valuable familiarity with the European ecosystem,” says Tipatat Chennavasin, co-founder and general partner at The Venture Reality Fund. “These landscapes are a visual representation of our commitment to education and growth of the industry.”

“The robust and dynamic entrepreneurial activity across Europe is very encouraging for the whole AR and VR ecosystem. We are impressed with the vision, ambition, and passion these innovators hold and look forward to extending The VR Fund’s footprint through European investments.” 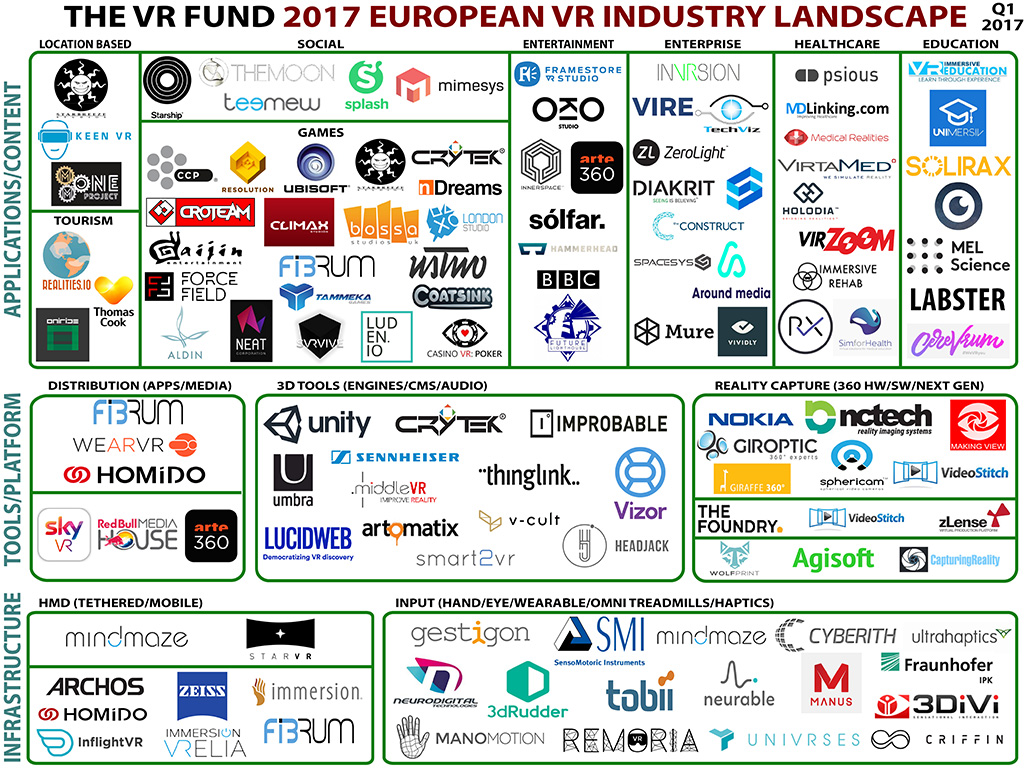 Highlights from the European VR landscape include:

The Full European Landscape for VR

“The VR industry is booming and not just in the US or Asia. The old continent has known a slower start, but definitely got up to speed during the past two years,” says Leen Segers, co-founder, and CEO at LucidWeb. “The VR gaming segment remains the most competitive space but is surely challenged by a large number of companies focusing on user input or 3D tools. We feel very excited for the future as we see local and international investors are clearly investing in these segments, too.” 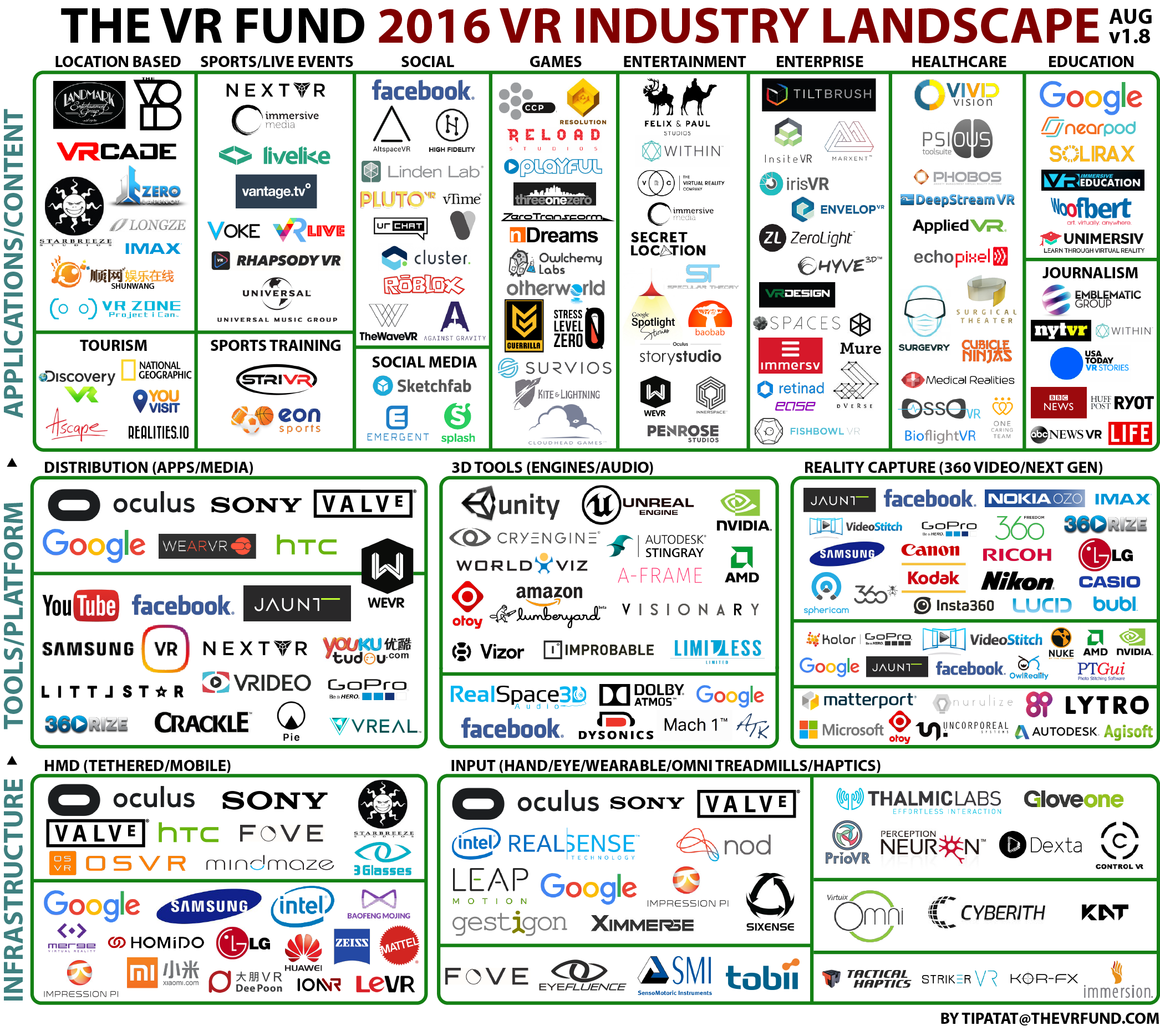 The VR Fund releases updated VR and AR industry landscapes quarterly, which can be found under the Resources tab of The Venture Reality Fund’s site.