Virtual Reality is a way to immerse people into entertaining experiences, but in order to get more immersive, technology has to be able to replicate our real-life movements. 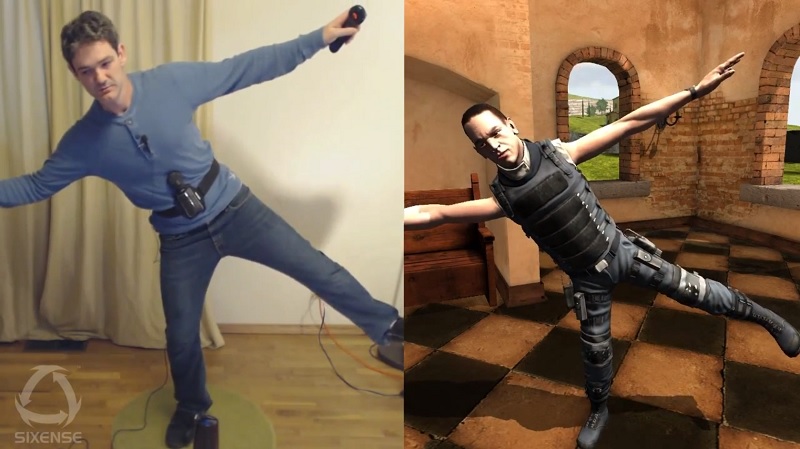 For tracking the user’s hands in VR, tech giants such as Microsoft and Intel have RealSense, Oculus has Pebbles and Nimble, while many other startups are developing their prototypes. The head is already tracked with VR headsets. But users want to play martial arts video games, feel control over their full virtual body or be able to dodge objects in VR. We all want to feel a full immersion. So, what are the solutions that already exist or under development? 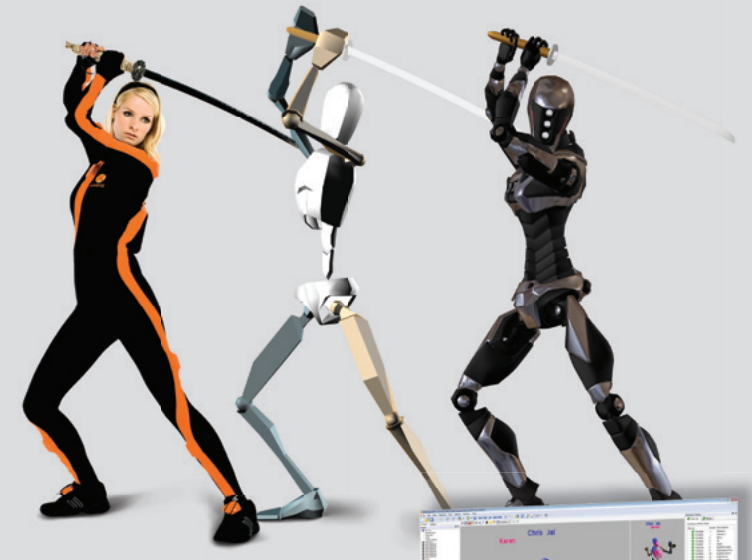 HoloSuit is a Virtual Reality Game suit which tracks and trains you in the real world while you enjoy the virtual world . It is a smart track suit with sensors embedded in them to track your every move at lightning speed. You can use the track suit either independently or while wearing an AR, VR or MR  display or viewing the avatar on an external display. The motion of the user in the real world is tracked, stored and virtualized. The suit is not  available for sale just yet, but you might be able to help them soon when they launch their Kickstart campaign.

Kinect 2.0 for Windows was released on July 15th of 2014.  Where is it and why isn’t it used for VR? Kinect was the first and closest thing we ever had that somehow ‘tracked’ full body motion, but its technology was far from being useful for VR due to the level of immersion and complexity Virtual Reality applications currently have. However, Microsoft has developed a hand tracking system based on the Kinect. It’s called Handpose and it uses a camera to track people’s hand movements with impressive detail.

Optitrack is one of the most accurate and simple to use wide area Virtual Reality trackers. This system optimizes the performance metrics that are most important for VR tracking. The result is a very low latency, smooth tracking for any Head Mounted Display or Cave automatic immersive environment.

“From high-speed cameras featuring image-stopping global shutters and fast-discharge LEDs to a pipeline that processes data from photon to rigid body solve, OptiTrack has been engineered to track interactions with imperceptible latency.” It can be read on the official website.

The Perception Neuron system is based on individual tracking sensors called Neurons. Each sensor is no larger than a penny and weighs just over a gram. It captures everything from arm movement, to finger motion, and even full body kinematics. The Perception Neuron system adapts to every need. Neuros just need to be placed where they are needed to capture the level of detail and body movements that it is required for any project.

The PrioVR is a motion capture suit currently under development that is intended for mainstream use, mainly for video games and entertaining applications. Unlike most of professional motion capture systems, the PrioVR is not a bulky full body system, but only a series of sensors strapped to the body that enables the skeletal movement to be accurately digitized.

PrioVR is developed by Yost Labs, which is famous for its innovation in real-time inertial motion tracking. Their sensor fusion firmware allow motion tracking in many exciting products and applications. They allow virtual reality to be immersive and completely interactive. The system enables all kinds of drones and autonomous cars to navigate. They also measure human motion for athletics and medical rehab. Yost Labs allow robots to move where they are instructed to go. This technology is able to tell you where you are heading and how fast you will be getting there.

This basically means that player’s skeletons can be mapped onto their virtual bodies or the virtual characters or avatars they control. Do you see a pile of boxes? Well, you can now kick them if that is what you want. Want to freely aim any weapon in a shooter video game? Now it is possible.

The STEM System™ developed by Sixense, is a wireless, motion tracking platform for video games, virtual reality, and much more. It allows users to interact naturally with video games or other applications by tracking the full position and orientation of the body at all times, whether sit at the desktop or moving throughout the living room.

VicoVR is a Bluetooth accessory that delivers wireless full motion and positional tracking to smartphone-powered virtual reality headsets. It does not require a PC, wires, or tracking sensors. The VicoVR allow users to move freely within mobile gaming spaces. This system comes complete as a stand-alone 3D Gaming System or as an add-on Bluetooth accessory for your existing gaming platform (iOS, Android,) or Virtual Reality Headset.

The Omni involves the entire body and revolutionize the gaming experience. Walk, run, strafe, sit, or jump in a 3D space to freely move your avatar without any restraint. Enjoy the adventure and transport yourself beyond your chair. The Omni immerses you in virtual reality quests while keeping you in shape for all the exercise you do.

Xsens is one of the leading innovators in 3D motion tracking technology and related products. Its sensor fusion technologies allow a seamless and perfect interaction between the digital and the physical world in consumer devices and professional applications such as motion analysis, 3D character animation, and industrial control & stabilisation.

Do you know any other solution for Full Body VR Tracking? Let us know in the comments below.

https://virtualrealitytimes.com/2017/02/21/list-of-full-body-vr-tracking-solutions/https://virtualrealitytimes.com/wp-content/uploads/2017/01/xsens-mtx-full-body-motion-tracking-capture-600x447.jpghttps://virtualrealitytimes.com/wp-content/uploads/2017/01/xsens-mtx-full-body-motion-tracking-capture-150x90.jpg2017-02-21T19:52:59+00:00Pierre PitaResourcesTechnologyVirtual Reality is a way to immerse people into entertaining experiences, but in order to get more immersive, technology has to be able to replicate our real-life movements. Tracking Full Body Movement in Virtual Reality For tracking the user's hands in VR, tech giants such as Microsoft and Intel have RealSense,...Pierre PitaPierre Pitajeanpierrepita@gmail.comEditorTrue gamer and very passionate about gadgets and new technologies. Virtual Reality is the future and geeks like us are ruling the World.Virtual Reality Times

True gamer and very passionate about gadgets and new technologies. Virtual Reality is the future and geeks like us are ruling the World.
View all posts by Pierre Pita →
« Playing Portal in Augmented Reality is Possible
The Venture Reality Fund Shows European Landscape »