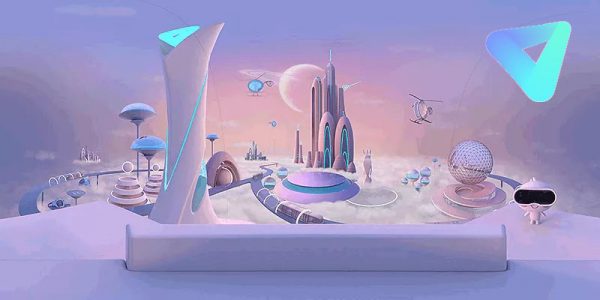 Developed by Velocious Technologies Inc, VeeR VR is a video content network that gives users an immersive virtual reality experience through headsets and smartphones. It is a more easily accessible VR that allows you to enjoy and share your 360-degree videos or virtual reality content at anytime and anywhere. The mobile app was created to serve the needs of global VR and 360-degree content creators in need of an easily accessible platform.

VeeR VR offers excellent quality content streaming to users globally. As soon as you install the app, you can connect yourself to a world of high quality immersive virtual reality content. The platform allows users to discover and stream high quality content virtual reality or 360-degree videos on a split-screen or full screen view. You can also use VeeR VR to upload and share your virtual reality or 360-degree videos right from your smartphone to users from around the world. You can even share the content on some of the mainstream social media channels such as Facebook and Twitter.

VeeR VR has democratized the creation and sharing virtual reality content. Since its creation, it has grown to be one of the largest virtual reality hubs in terms of content and creator volume.

The VeeR VR phenomenon has become quite popular in the 360 community. The network has been featured on frontpage of various VR headsets such as HTC Vive, Samsung Gear VR, Huawei VR, Apple AppStore and Google Daydream enabling virtual reality lovers from around the globe to create cool content beyond borders.

The platform is used by more than 10,000 VR or 360-degree content creators all of whom share their creations via VeeR VR. Some of the most notable users include Bill & Melinda Gates Foundation, Warner Bros and World Bank.

The platform has been designed to offer users all that they need to create and share high quality VR and 360-degree content. It offers functionalities such as tools, distribution, support for users and know-how.

Users can browse the VeeR VR discovery page for popular channels, the trending topics and featured playlists. It is also possible to browse the platform by categories so as to discover your desired virtual reality content. It is even possible to interact with other creators and users and take part on the platform’s events and giveaways.

The VeeR Editor is regarded as the best editing app for the 360-degree photos. You can utilize it to make various tweaks such as adjusting the orientation or light balance that give 360 photos with excellent visual quality. The VeeR Editor app packs in a rich toolset that is also fairly easy to use even for a first-timer.

There are three sets of features in this virtual reality app. The first set is marked by a button that resembles three interconnected circles. Here, you can find various tools that you can use to make adjustments on your photos. It has filters for adjusting the tone of your pics and full adjustment options for making changes on the warmth, tint, contrast, exposure, toning and saturation.

The second feature button resembles a blue emoji. Under this button, there are numerous stickers that you can put on your photo ranging from the classic emojis to the seasonal stickers. You are able to flexibly tweak this including picking where to place the stickers, adjusting sizes and even the angle. These allow you to add lots fun features on your photos.

The third button doesn’t have as many options as the first two. It only allows you to add text and change the text color without the option to change text size or angles.

The best thing is that the app is super-intuitive and easy to use so even if you have never edited a 360-degree photo before, you will have no trouble navigating the VeeR interface.