It appears Sony has some lofty ambitions for its upcoming PlayStation 5 aimed at making the virtual reality experiences more immersive and realistic. A patent published at the USPTO shows Sony’s plans for a dynamic new haptic glove that will be capable of conveying a sense of touch and movement for the virtual objects in the environments rendered by the head-mounted displays (HMDs).

The new virtual reality gloves will have haptic feedback that will create a new dimension to the virtual reality experience, allowing users to feel the sense of “touch” when they are playing games. Users wearing the haptic gloves will be able to feel every object with their hands including the textures of clothing. 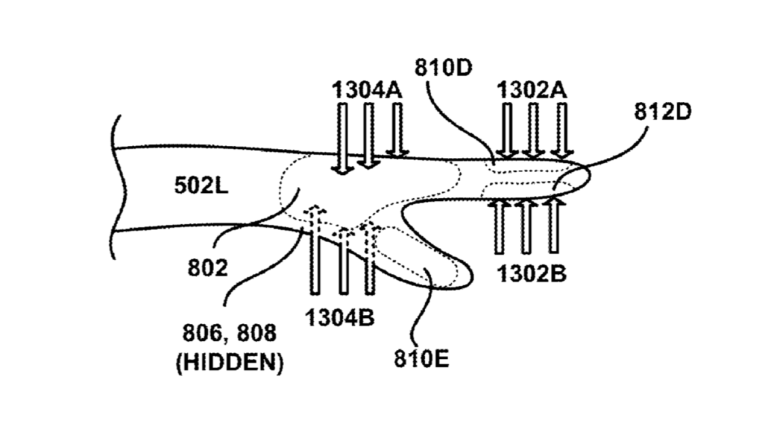 The haptic gloves will also have cameras to detect the position of the gloves in real space as well as the location of the head-mounted display. The tech will not be limited to gloves; it will be possible to incorporate it in multiple sensory equipment to create a versatile sense of touch in very diverse virtual environments.

The patent filed by Sony is explicitly for the haptic gloves but Sony has mentioned much broader use-cases for the haptic feedback technology including in hats, pants, footwear and shirts. Sony has identified various other systems that will make the haptic technology work such as heating and cooling elements, compressed gas and liquid or motor. Such haptic systems would be compatible with PSVR in order to give players the precise haptic feedbacks at the right time. However, it is not yet clear whether the current PSVR headset will also be compatible with Sony’s planned haptic systems.

The patent states that users will be able to feel both the shape and texture of virtual objects. They’ll also be able to feel the pressure that they apply on it, movement from the object as well as its proximity to another object. The haptic feedback tech will be capable of transmitting touch feedback when something happens to your virtual character such as when they are rubbed, moved, pressed, dropped, held, squeezed, tossed or even crushed!

This is not Sony’s first foray into a haptic feedback suit. A few years ago, the company demoed a haptic suit for the Rez Infinite.

So far, the details in the patent are all we have about Sony’s planned haptic feedback tech so there isn’t even a guarantee that the innovation might one day see the light of day and translate into a viable product.

However, there is reason to hope that Sony might push the project through. At its strategy meeting last week where it demoed aspects of its PS5 tech, the company stated that its next-generation console would provide players with a more “immersive” gameplay. Hopefully, that “immersive” aspect would include the haptic gloves and the haptic body suits.