No Man’s Sky: Beyond is getting released on August 14 and it is launching as a free update for the PS4 and PSVR rather than a sequel. This will be one of the biggest updates ever released to date. The game was always ambitious and innovative but it has gotten considerably broader and deeper over the years with subsequent updates and enhancements. The latest update adds alien mounts and virtual reality players are now able to immerse themselves into a vast and procedurally-generated universe of No Man’s Sky with plenty of new features. 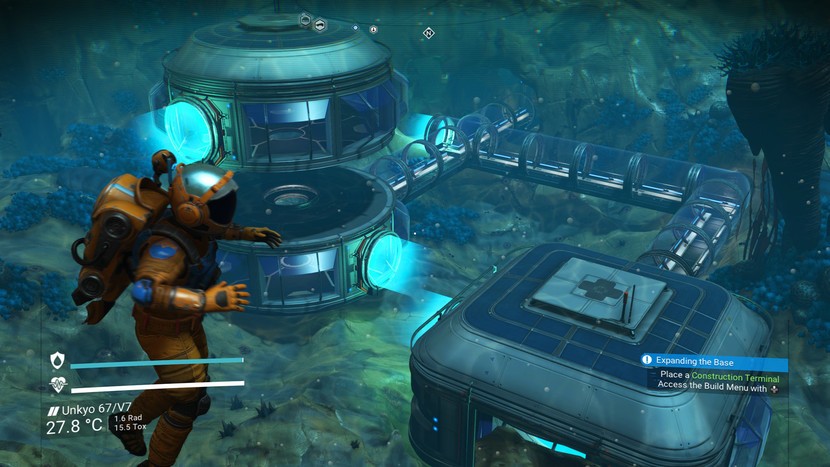 Last year’s update spruced up the game and brought it to the level that users had desired during its initial release. The Beyond update is, however, more generous.

The Beyond update was first pitched as one collection of three separate updates. Some of the features in the update such as the pseudo-MMO multiplayer and the new VR mode were already known. What was always a mystery is the “Third Pillar” in the update and it consists of lots of other small improvements. With the latest reveal and trailer, we now know what some of these enhancements are.

The vegetation, creatures and the planets all look the same. They are both vibrant and brash with molded images painted from early science fiction. Then there are lots of people.

While the game has always had multiplayer support for some time, the Beyond update takes the player count to a total of 32 explorers. The worlds that were previously hostile, alien and isolated are once again thriving with life in the new update. It makes for a very social experience away from the solitude of the dystopian universe in the current version.

With Beyond update, the players can grow crops and also manage their own farms. They can also customize their bases and even play around with the functioning computer logic to power their own creations or manage their base sounds.

The plethora of new features and stuff for players to do have totally altered the game and it is hardly recognizable from the original that came out in 2016.

Watch the video below and hear Sean Murray talk about the new update.

In the new update, Hello Games takes into account the fact people play the game in different ways. The developer team has therefore created different adjustments to help foster these many different playing styles. Players can even ride animals in beyond and farm them for milk. Other activities include exploring new biomes and using the unique materials for cooking or creating bigger automated bases that have working electric computers which are somehow running Rocket League. Users can even showcase their bases in the new Nexus social hub.

The developers have even enlarged objects like vehicles and spaceships which previously appeared much smaller in virtual reality. The interiors in the Beyond update are more detailed so that they look less sterile in virtual reality. This will also be great for the regular screen game mode.

The multiplayer aspect of the game is also more effective now in virtual reality. Players will now be able to gesticulate and even wave in VR using the virtual reality controller. In the test mode, groups of players were able to split tasks based on the game mode. It was possible to allocate tasks that could be more easily solved using virtual reality headsets.

The new sets of ‘quality of life’ enhancements are targeting some of the most dedicated No Man’s Sky players.

This is the latest in Hello Games series of updates and support for No Man’s Sky and the studio has done a phenomenal job at it.