Facebook recently announced its acquisition of the Czech virtual reality studio Beat Games of the Beat Saber fame. The acquisition, however, left a few hanging questions such as whether there would be cross-buy support for Beat Saber.

For the time being, it appears that there will be no changes regarding the cross-buy policy. Facebook introduced the cross-buy option with the launch of the Oculus Quest which allows users who purchase an Oculus Quest or Rift game at the Oculus Store to get a version of the same on other platforms for free. 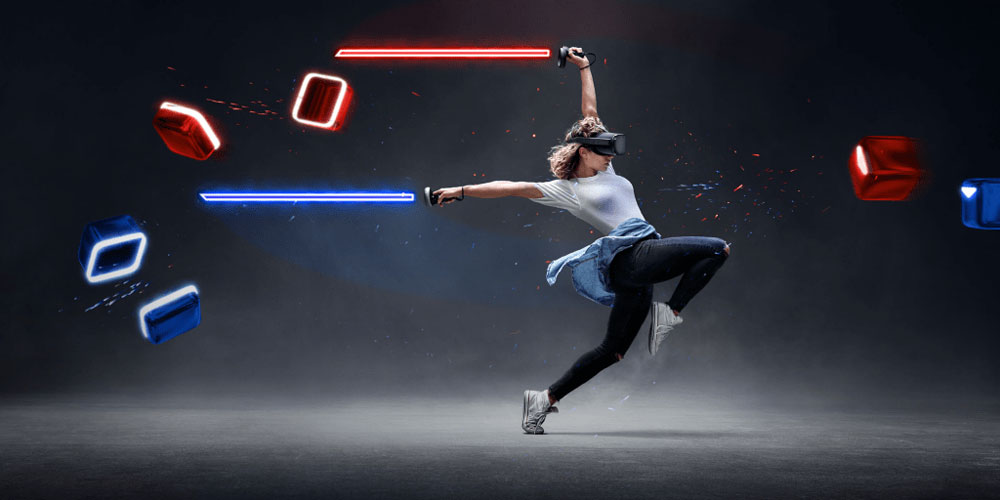 The cross-buy offer became even more attractive with the introduction of Oculus Link as it is now possible to use an Oculus Quest as a PC VR headset and play Quest games with even better graphics performance on a PC if the Rift versions of the same games exist.

For Facebook, cross-buy provided just another means with which to tie customers down to the Facebook ecosystem. Now tweets from the official Beat Saber account posted this week are reiterating that since porting the Beat Saber game to Quest is a very intensive process, it will not support cross-buy.

With a cross-buy option, a user who purchases a Rift or Quest game from Oculus Store will get the PC or standalone version of the same free of charge. Following the implementation of cross-buy on Quest early this year, Facebook decided to leave it to the game or app developers on whether or not to support the cross-buy feature. Some games such as Apex Construct and Covert Ops support it while others such as Superhot VR and Beat Saber have opted out of it. Without the support, you have to purchase the games for the standalone virtual reality headsets even if you already own the Rift version of the games.

What are Facebook’s Plans for Beat Saber Following the Beat Games Acquisition?

A recent tweet by Beat Games has now reiterated that Beat Saber will not get cross-buy support:-

We decided not to do cross-buy for the base game because Quest is a new platform and porting the game took a significant amount of time. All players who purchased Beat Saber Music Packs through Oculus Store will have all their packs available as a cross-buy.

In the tweet, Beat Games provided reasons why it has opted out of the cross-buy support: The development of the Quest version would have taken up “a significant amount of time”. However, the purchased music tracks are transferable between Rift and Quest.

Beat Games may continue working on the decision of whether or not to support Beat Saber cross-buy, particularly as Facebook has emphasized that the Czech VR studio should remain largely independent. The more likely scenario could, however, be the fact that Facebook is yet to decide on the kinds of benefits that it wants to derive from the acquisition or is yet to make an announcement on its future plans for Beat Saber. Facebook’s publishing arm, Oculus Studios, has implemented cross-buy support for all the VR titles that have appeared on Quest and Rift including the Star Wars: Vader Immortal.

What is not in doubt is the fact a cross-buy support for Beat Saber could help drive more users to the Oculus ecosystem so, perhaps, Facebook may eventually consider it.

https://virtualrealitytimes.com/2019/12/08/beat-saber-wont-get-cross-buy-following-facebook-acquisition/https://virtualrealitytimes.com/wp-content/uploads/2019/06/Beat-Saber-on-Oculus-Quest-600x341.jpghttps://virtualrealitytimes.com/wp-content/uploads/2019/06/Beat-Saber-on-Oculus-Quest-150x90.jpg2019-12-08T09:32:15+00:00Sam OchanjiGamingMusicTechnologyFacebook recently announced its acquisition of the Czech virtual reality studio Beat Games of the Beat Saber fame. The acquisition, however, left a few hanging questions such as whether there would be cross-buy support for Beat Saber. For the time being, it appears that there will be no changes regarding...Sam OchanjiSam Ochanjisochanji@yahoo.comAdministratorVirtual Reality Times