Nreal’s augmented reality glasses, Nreal Light, were a key highlight of the CES 2020 last week and opened many visitors’ eyes on some of the practical real-world uses of mixed reality. It was one of the most lauded exhibits during the CES. The Nreal Light glasses finally showed that mixed reality technology can truly be used in augmenting the day-to-day life in very practical and useful ways; it’s no longer hypothetical or gimmicky.

The Nreal Light smartphone-tethered augmented reality glasses diverge from the current XR glasses designs which are heavy, bulky and also uncomfortable to wear over long durations of time. The Nreal Light AR glasses have the form factor of regular sunglasses and will be launching this spring at fairly affordable pricing. 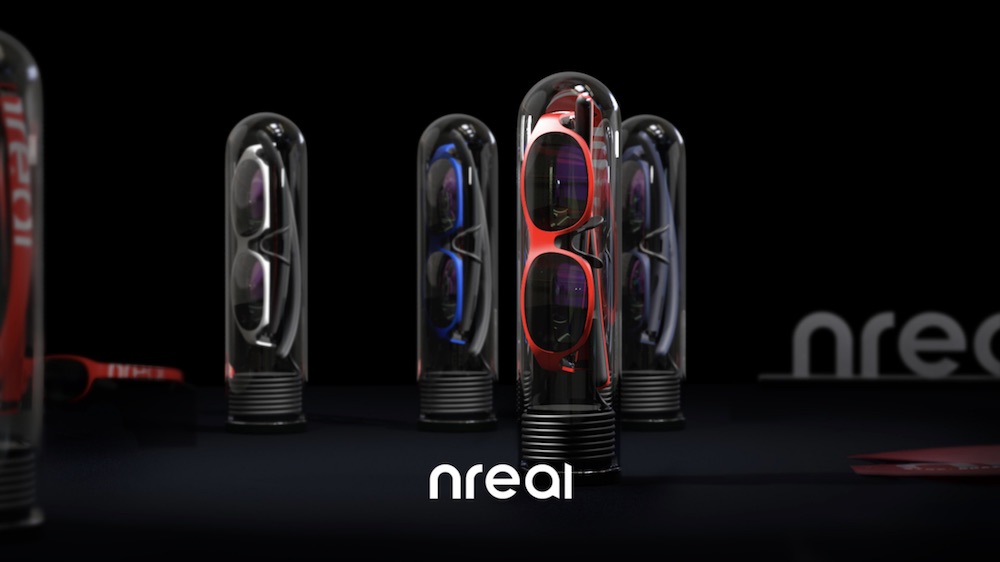 During the CES 2020, Nreal showed its proprietary 3D operating system known as Nebula. The mixed reality startup also showcased some of the first 3D applications running on its Light glasses for the very first time. They certainly made a good first impression among the event-goers and even tech enthusiasts but what has been the experience of some its first testers?

The Nreal AR glasses physically tether to the wearer’s smartphone via a USB-C connection. As a result, the glasses can run for as long as your mobile device has the juice to keep running. This is the secret to their relatively slimmer form factor.

The Nreal Light glasses are not only lightweight but they are also comfortable to wear. As far as its mixed reality function goes, it delivers the goods; digitally overlaying information and graphics onto the user’s real-world surroundings.

During the CES 2020, Nreal showcased three demos which demonstrated just how practical its mixed reality technology can be. The first entailed a set of augmented reality games which included a Street Fighter-style fighting game, a wave-based zombie shooter survival video game as well as a Fruit Ninja-style slasher. The second demo was for an apparel virtual shopping experience that had a nice preview and checkout process. The third demo was that of an AR smart home environment where the user was able to interact with other real-world devices by using Nreal’s augmented reality glasses.

Android Authority described the Nreal Light augmented reality glasses as fitting nicely on the wearer’s nose just like normal glasses. Nreal gave the weight of the glasses as 88 grams.

BBC says the Nreal mixed reality glasses have finally winning over the skeptics. According to the BBC report, the quality of images generated by the glasses “confounded the expectations” of industry watchers. BBC contends that while the glasses have been described as a little “clunky” and the company is still grappling with legal issues with Magic Leap, the product was still an impressive hardware showcase that had attracted praises from many quarters.

One of those quarters was a long-time CES attendee Ben Wood who described the Nreal Light mixed reality glasses as the “product of the show”. Wood contended that while the Nreal AR glasses may not be everyone’s preference, the product was still only a first-generation and so far represents the closest we have come to realizing mixed reality glasses that look just like a “normal pair of sunglasses”. They are certainly a great improvement over the clunky hardware we have seen from other manufacturers so far.

Impressed with Nreal’s new AR glasses. This is what Apple is aiming for, but these plug into an Android phone. The new UI is super polished – and $499 blows away higher prices from Hololens, others. Critical to see if it gains an ecosystem. pic.twitter.com/4kpfsmBOV5

Bloomberg Apple tech news writer Mark Gurman was “impressed with Nreal’s new AR glasses” and described them as the kind of product that Apple is aiming to develop. He described the Nreal Light’s user interface (UI) as “super polished” and the $499 price tag as blowing away the higher price tag of the HoloLens and others (Magic Leap etc). Gurman stated that it would be critical to see whether the mixed reality glasses will gain an ecosystem.

In spite of the rave Nreal reviews, the Microsoft HoloLens mixed reality headset still has a lot more to offer end users in terms of the technology and functionality like advanced room measurements, hand tracking functionality as well as an integrated computing unit compared to Nreal Light which must be tethered to a smartphone.

During the CES 2020, Nreal unveiled its own operating system known as Nebula which will enable Android apps like Spotify, YouTube and Facebook to be projected through augmented reality into the physical space or the user’s real-world environment where they can be anchored at any single point.

Android Authority described the image quality as “surprisingly good” for a resolution of 1080p. Android Central observed that the glasses’ field of view of just 52 degrees is not particularly impressive and provided the following screenshot which looks very sharp under the Nreal Light AR glasses but the menu corresponds to the total field of vision.

Tom’s Hardware was impressed with the glasses’ bright display and impressive resolution. According to the PC hardware website, the image was so sharp that the white background did not stand out.

The smartphone to which the Nreal Light glasses is tethered serves as the input device. Also, thanks to the sensors already installed in the device, the smartphone becomes a rotary and pointing controller with three degrees of freedom (3DoF).

There also exists an additional menu as well as a digital trackpad on the smartphone display as seen in the screenshot below. Testers from both Tom’s Hardware and Android Authority found the Nebula 3D OS menu to be both intuitive and user-friendly to use through the smartphone.

Users are also able to easily anchor and use multiple Android apps in the room simultaneously. Users can pair keyboards or a gamepad with the Nreal Light AR glasses via Bluetooth.

At the moment, the AR glasses only support Android smartphones that have a Snapdragon chip 855 or higher. The chip is found in the smartphones such as Samsung Galaxy S10 or the Google Pixel 4. The Android apps will run naturally in the Nebula operating system without having to adapt them for Nebula OS. It will also be possible to merge 2D representations with Nreal’s proprietary 3D apps within the same room.

However, the Nebula software is still unfinished so it is unstable as a result and tends to crash. This attracted the attention of some of the early testers. The Android Central experienced three crashes of the OS in a span of 45 minutes. Android Authority also talks of the software having tracking problems: in the Portal app, there wouldn’t a firm of anchoring of the menu in the room and the digital laser point would have disappeared. An UploadVR reviewer has also described the Nebula software as “unfinished”.

Overall, the user interface proved fairly easy to use. The mobile device works flawlessly as a pointer for the experiences you are seeing in the AR glasses. The mobile screen functioned as a trigger for performing selections and cancellations. Nreal is planning to add hand gestures for interaction which will free users from the need to rely on the mobile screen. The work on this feature is already underway.

The demos were not 100% flawless. There are were occasional bugs and crashes and they were also a little rough around the edges. But they served the purpose of demonstrating the viability of the Nreal approach to mixed reality. Plans are also underway for the wireless (standalone) version of the mixed reality glasses that won’t have to be tethered to smartphones for them to work.

In spite of a few bugs, crashes and hardware issues, many of the reviews are bullish about the prospects of the Nreal Light glasses. They represent the first mixed reality glasses that are within reach for most consumers as they are relatively affordable but also good enough for consumers: they are relatively lighter and have the form factor of regular sunglasses.

The Nreal Light glasses are worth buying but Nreal still has to work on ironing out the software issues. Tom’s Hardware has described them as the “most user-friendly AR system to date”.

The Nreal Light mixed reality glasses look much better than most other AR glasses currently in the market. The form factor has been refined and is closer to that of regular sunglasses than to the traditional mixed reality headsets like the HoloLens. However, they are still bulky and you won’t be fooling anyone yet. You can’t wear them around without seeming like you are wearing some computer on your face.

The developer kit for the Nreal Light augmented reality glasses and pocket computer can be ordered from the company’s official website for $1,200. The consumer version of the Light without a pocket computer is set to launch in the first quarter of 2020 and will cost $500.

The Nreal Light glasses are smaller in size and the design does not allow them to be worn out over conventional glasses. However, the device supports correction lenses that can be made by an optician.

« The Week in XR: Most Important AR, VR and MR News in the Past Week
Half-Life: Alyx Leak: New Screenshots Shows Enemies and Game Environment »