Home » Business » Hardware » You are reading » 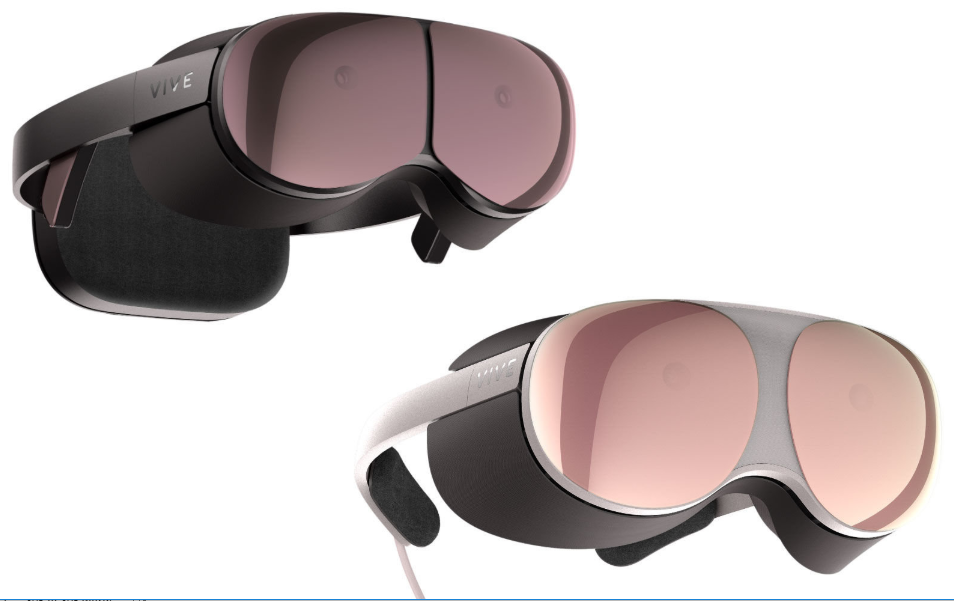 According to HTC CEO Yves Maitre, these new glasses will closely resemble normal glasses. The renders released so far do not particularly look like normal sunglasses; they look like giant aviator sunglasses. However, they show a more compact design than is seen in many of the current virtual reality headsets.

A company statement issued to Engadget described Project Proton as a “prototype of future XR glasses-style device”. The designs aren’t final and the company is looking forward to hearing the feedback from the VR community as it continues working on the project. HTC hasn’t provided any information on the specs but the new concept shows HTC’s intention to redirect its focus to mixed reality use-cases. For the time being, therefore, there will be no formal press releases of the official unveiling of the devices.

With the design, HTC is also anticipating a future where its immersive hardware will be used with 5G cellular devices and will, as a result, be less bulky than some of the current hardware. HTC is looking at incorporating 5G connectivity, either internally or externally, to its future VR headsets.

Both of these headsets include stereo front-facing cameras that are most probably for inside-out tracking. There is also the likelihood that these will provide a passthrough view of the outside world. They have extremely thin visors which means both headsets will weigh considerably less than the current headset lineups and are also less likely to hit the wall or be hit by the user’s controllers, if they will have any. It’s still unclear what impact this is likely to have on the field of view (FOV).

The Proton “all-in-one” concept has a processing unit and battery pack housed at the back of the headstrap. It is a design similar to that of Microsoft HoloLens 2. This type of design not only reduces the visor size but it also provides a more even weight distribution with the processing unit and battery pack acting as a counterweight to the display. The image also features two dongles that are most likely the headphones hovering over the user’s ear. Some have expressed concern that the processing unit situated at the back of the head could pose a problem for sweaty users, especially after an active VR session.

The Proton all-in-two headset seems to have a cable that dangles down to an external processing module. Its design features temples similar to those that you are likely to see on the thick-frame glasses. This could be a direct competitor to the Nreal Light mixed reality glasses but it provides a more immersive virtual reality experience. The image shows an apparent lack of speakers so it’s still unclear where the audio will come from.

The premise of the all-in-two concept is using the conventional VR-style displays along with front-facing Augmented Reality cameras to enable users enjoy both virtual reality and augmented reality experiences. Additionally, moving both the battery pack and the processing unit from the user’s heads will make the headset considerably lighter which is great for comfort.

While HTC is keen on positioning these devices -or one of the devices- as leading contenders for the mixed reality market, it’s still unenthusiastic about placing 5G hardware next to users’ heads. It’s not clear what kind of processing solution the company will go for. It could opt for its own processing solution like a slimmer version of the HTC 5G Hub or it could instead leverage third-party processing units like the Qualcomm 855/865 smartphones as seen in Nreal Light. Both prototype headsets internally support 6DoF as well as an external 3DoF controller. There are plans for external 6DoF controller support in the future.

The development is a hopeful one for HTC and for the industry at a large. HTC has had something of a stalemate over the past few years with regard to its VR hardware. Coupled with the unveiling of the Vive Cosmos series, HTC is keen on recapturing the initiative after having lost ground to the likes of Oculus Quest and the high-end Valve Index virtual reality headset. The Project Proton, with its capabilities and portability, may just be the magic bullet that HTC needs to outdo some of the emerging mixed reality headsets.