FitXR has joined a few other VR fitness apps in introducing a subscription model inside a virtual reality headset, buoyed by the rapid growth of the Oculus Quest platform over the past year. 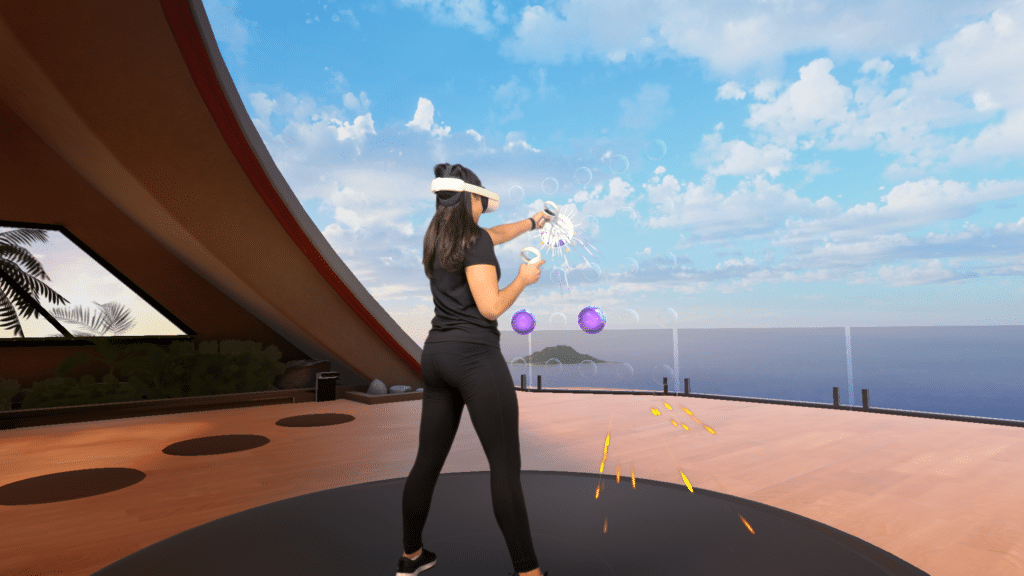 The VR fitness app was developed by a London-based developer studio that goes by the same name. Last week, the app was transformed into a free download with a new $9.99 per month subscription plan that provides new features and which has brought back various other requested aspects. Some of the features launched last week include daily workouts, licensed music, the reintroduction of improved real-time multiplayer as well as new environments that players can exercise in. FitXR will also be launching its third main workout form, high-intensity interval training (HIIT).

Existing FitXR users don’t have to worry as the new update takes nothing away from them. In a statement to UploadVR, FitXR’s Sam Cole confirmed all the content that users have already accumulated will stay in place. Existing users will, in fact, get a lot more including 90 days free access to the subscription. FitXR’s restoration of multiplayer also applies to existing users irrespective of whether they opt to stay or not.

There will also be a little upgrade to the online functionality. Back when the app was known as BoxVR, it used to have a real-time multiplayer and only had the boxing game. When the app transitioned to its remodeled format, this feature was replaced with ‘ghost data’ of the player’s friends and the player could not join in with them in real-time. The real-time multiplayer feature is now coming back and will support a total of up to seven players. It will also have features such as voice chat. You will even be able to see the virtual head of your friend as well as hands to one side as the player is working out. The real-time multiplayer functionality is back both in the boxing and dancing activities. The element is particularly apparent in the dancing activity that was unveiled more recently. Participating in FitXR as a group can recreate the sense of community and motivation that you would experience in a real dance class.

The daily workouts in FitXR will be available across the app’s activities from boxing and dancing to HIIT once it launches. These daily workouts will be designed and choreographed by professionals and they leverage FitXR’s new licensing deal with Warner Bros.

The HIIT workouts are set to arrive at some point in April. This is probably one of the key features of the update as the HIIT has been built around pushing the envelope on how intense the virtual reality fitness experience can become. If this experience can provide various VR-native activities that allow users to work out in innovative ways, it could be the most consequential addition to the app so far.

Although all of these features will launch on Quest, FitXR also has plans afoot to update both the PSVR and PC VR versions of the app. These versions still feature their BoxVR iterations and no date has been provided for the launch of the update on these versions. FitXR also confirmed that it is developing other activities. The team has also set its eyes on building features such as hand-tracking.

FitXR is one of the top non-gaming apps on Oculus Quest and it also has one of the highest retention rates, according to Facebook’s Mike Verdu. Verdu says sales increased 535% YoY in Q4 2020 and the app’s weekly active users grew fourfold since the launch of the Oculus Quest 2 headset. Such impressive growth would have persuaded FitXR to take on other subscription-based VR fitness platforms such as the $19-a-month fitness app Supernatural.