The Cost of Virtual Reality Technology is Rising Once More

Are we seeing the end of the low-priced headsets?

Meta recently announced increases in the prices of its Quest 2 headsets by $100 with the 128Gb version now set to cost $399 instead of $299 and the 256Gb version going up to $499 from the previous $399. The price increase would also cover the headset accessories along with the refurbished Quest headsets.

Meta’s price increase had been spontaneous and will likely affect sales in a headset line that had done quite well over the past two years thanks to its steeply discounted pricing. It isn’t clear whether the price increase will put a dent in sales. An extra $100 is fairly significant in these tough economic times. However, even at the new price point, the Meta headsets still remain some of the most affordable in their class. 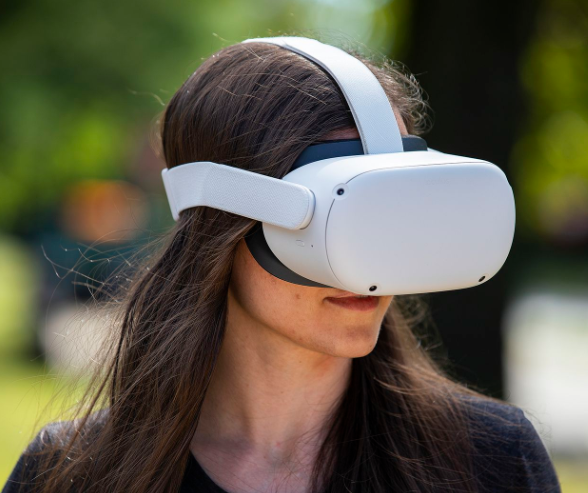 The Meta Quest 2 headset has been pivotal in the growth of the virtual reality market. If its sales should plunge, the effect will no doubt reverberate in the broader VR market.

It appears that the era of cheap and accessible virtual reality is coming to an end. Some of the upcoming headsets such as Pico 4 and PlayStation VR 2 will likely follow a similar pricing trend, hiking their prices a bit as they will pack new expansive technology. The Quest Pro and Apple’s upcoming virtual reality headsets will also likely be priced on the higher end of the spectrum.

Meta’s highly discounted Quest headsets were possible thanks to subsidies from its lucrative ad business. With that business slowing down, Meta is now cutting down on those subsidies hence the price hike in its hardware. Meta’s aggressive pricing over the past few years served its purpose, enabling the company to dominate the VR hardware market.

Even though the company has been cutting back spending on its VR business, the price increase was still unexpected given the company’s single-minded commitment to driving forward VR development and the metaverse, no matter the cost.

The price increase also sends some jitters in the ecosystem as some stakeholders may be concerned about the tech giant’s commitment to stay the course in its metaverse investments.

The low-priced VR hardware era wasn’t expected to last indefinitely. It was costly for Meta, especially when other leading tech giants aren’t making similarly huge bets on metaverse research and development. Besides, at some point, virtual reality has to grow organically and explode on its own momentum like other tech gadgets without being propped up by Meta’s subsidies. We are gradually approaching that inflection point when we might hit the “iPhone moment” in the metaverse; several factors coalescing to take the technology mainstream and where the consumers, rather than the tech companies and investment funds, will begin to bear the cost of VR research and development.

This has been the growth trajectory of other electronic gadgets like computers, smartphones, and televisions where the demand for the devices eventually dictated the pace of development of the technology. Virtual reality is likely going to go through the same trajectory with commensurate pricing that will not distort the true state of the demand for the products.

The virtual reality technology must be able to hold on its own without aggressive subsidies to keep customers coming at a market-competitive price point, irrespective of the device’s technical maturity.

While virtual reality technology has been developing at a breakneck speed, the fledgling state of the technology is no longer a sufficient excuse for a general lack of consumer demand. After all, smartphones, TVs, and PCs eventually caught on pretty quickly and were adopted by billions in spite of the fact that they all had primitive technology at the beginning. If there is demand for VR, then uptake should follow the path of the previous generation of gadgets, with user demand exploding when the tech still has to undergo some refinement.

The fundamental question is whether virtual reality technology still needs some “silver bullet” tech to go mainstream or whether the market is simply not ready for the device, no matter the maturity of the technology or pricing. In the next few years, things will get clearer although we are unlikely to see any major breakthroughs in VR technology: a quantum leap in technological improvement is a rarity and over the past decade, the hardware has mostly seen incremental improvements rather than a quantum leap in R&D.