Is the Future of Comics in NFTs?

Will the future of the comics industry collecting be anchored in nonfungible tokens?

The emergence of blockchain in recent years has been quite a game-changer. By eliminating central mediation in many transactions, blockchain technology has managed to break down many power structures and processes that for decades, held back creatives, content creators, and the general user base of products and services. 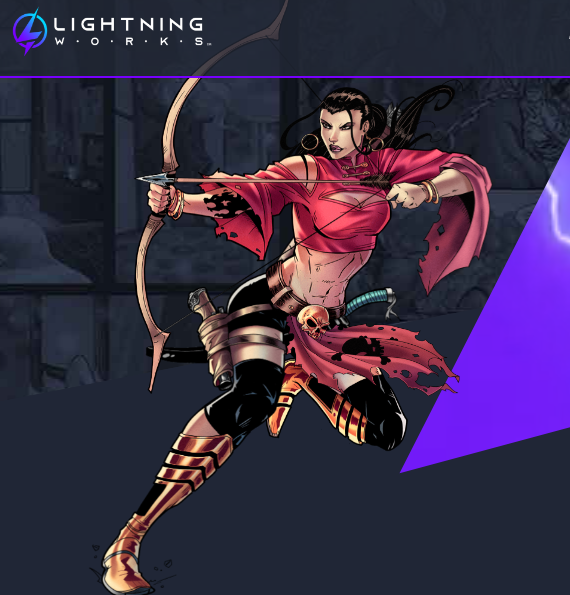 One area where blockchain technology has had a tangible and revolutionary impact is storytelling. For decades, publishers and large media corporations have pretty much controlled storytelling and shaped the popular narrative, culture, and values. Now, with blockchain-based technologies such as nonfungible tokens, virtually anyone with access to the technology can produce content, mint new IP, and leave a footprint in the evolution of popular culture.

The Power of Storytelling is Being Liberalized

Blockchain technology is having an impact in the comics industry where artists, publishers, and many other stakeholders are now streaming in to embrace nonfungible tokens (NFTs) and leverage the power of the medium to take their comics to the next level. The erstwhile gatekeepers in the comics industry now find they have to compete on an almost equal footing with the little guys in the industry. The creatives are no longer the little and dispensable cogs in the wheel. Their talent is invaluable in minting new NFT-based IPs.

NFT comics are now being created and freely traded in the leading NFT marketplaces. In the future, we are going to see some of the popular comics being converted into NFTs and even be tied in with some cryptocurrency. You can, for instance, have NFTs for popular comics and the number of tokens is limited for every issue according to its actual scarcity.

Even though the piece of artwork may seem to have no “inherent value”, it will have demand because the community generally accepts it as having value and the rest will be shaped by the forces of demand and supply as the tokens are openly traded in the different NFT marketplaces.

The economic value this generates is what’s driving many artists and creators into the world of nonfungible tokens.

Legacy comic work was always created on paper or canvas but the Web3 revolution we have seen in the recent past means that many comic artists are now creating their comic art digitally. The art and characters are now created on computers and saved on a digital file rather than on physical material.

It is this digitally-native artwork that is being converted into nonfungible tokens with blockchain networks like Ethereum providing the proof of ownership. When a buyer purchases that digital artwork, they are sure they are buying an authentic piece from the artist. Blockchain networks are thus providing reliable proof of provenance that was missing in the legacy comic books. This allows for legitimate ownership transfers and even allows these blockchain-enabled comic artworks to be auctioned in some of the leading auction houses such as Sotheby’s and Christie’s.

The nonfungible tokens are evening out the playing field in the comics industry. Artists can bypass some of the ‘gatekeepers’ in the industry such as studios and publishers and take their work straight to the market where they can meet a ready and enthusiastic community of fans and patrons.

Every NFT collection often attracts a community of enthusiasts and enablers that helps drive forward the development of the story. This is particularly advantageous to indie developers who can crowdsource funds from individuals to sustain their IPs. Many comic creators have had to give up the creative control of their comics or scrap their projects altogether because they lacked sufficient funding.

With non-fungible tokens, comic artists are now able to retain the creative rights and licenses for their works.

The NFT ecosystem also creates a sustainable funding pipeline that can go into perpetuity. Artists will now worry less about their finances and focus on unlocking the creativity that lies within. The decentralized and unmediated nature of NFTs and the community that springs around it also attracts fans that actually care about the story and are willing to participate in its creation. In fact, it is not uncommon to see many NFT projects nowadays actively taking fan feedback into account or allowing their community to shape the storyline and character creation. This community-based approach in NFT comics is revolutionizing comic storytelling in ways that might have been unimaginable in the decades gone by when the whole process was steered by the so-called gatekeepers.

The old way of creating comics was to do it behind the scenes and then ram this down the throats of consumers. It was a top-down approach to comic creation with the content flowing in only one direction. In the NFT era, we will see a comic content creation process that will be more collaborative than top-down and where an enthusiastic ecosystem will play a huge role in shaping the narrative. The new comic storytelling in age of NFTs will be both fan and creator-driven.

NFT creation has often involved a small group working behind the scenes, usually in platforms such as Discord, to bring the project to fruition. A collaborative approach in storytelling means fans being involved in the development of the narrative and the worlds from the ground up. Holders of NFTs can make suggestions and vote with their wallets on what aspects they wish to see added to the storyline. In such collaborative projects, fans are also engaged in the continued development of the comic and how the storyline evolves after the initial funding. NFTs therefore allow for the simultaneous development of the both the story and community. Fans feel they are part and parcel of the comic’s “DNA” and this intimate buy-in is key to the sustainability of the projects.

The decentralized and collaborative web 3 environment is better suited for bringing out creativity in artists. People from all walks of life or collaborating on creating new artistic experiences and genres and the NFT technology makes it possible for such endeavors to be economically viable. NFT not only provides the financial avenues but it is also a new medium for new IP creation.

NFT storytelling is still in its infancy but it is showing signs of promise. Comic companies and artists aren’t waiting. They are moving in to tap into the power of web3 storytelling and take their comics to the next level. It is a technology that keeps evolving and spawning new application scenarios and utility. As the metaverse gradually evolves in the coming years, the storytelling will eventually flow into these new worlds.

How the BAYC Paved the Way for NFT Comics

When the story of the evolution of NFT storytelling is finally told, the Bored Ape Yacht Club (BAYC) will loom large. The success of the BAYC demonstrated the possibilities of NFTs and opened the floodgates for the disparate players that are now angling into this space, including comic companies. The BAYC showed what was possible with NFT-powered digital storytelling by providing NFT owners the IP rights to the tokens they own. This unlocked an onrush of creativity as owners looked for ways to exploit their unique NFT holdings and make them profitable.

BAYC shattered the centralized systems and equipped individuals with the tools needed to add to the BAYC brand. NFT owners got IP rights and the power of storytelling in their hands. As the members in the community grew their individual stories and projects in creative ways, the BAYC brand also expanded and became more valuable. This is in contrast to some of the legacy media brands holding unique IPs such as Disney whose business model is built around protecting the IP. BAYC and other Web3 businesses offer commercial rights to holders, a completely new paradigm.

NFTs provide various exciting opportunities for the comic book space. It’s still early days but all signs point to NFTs being positively disruptive to the industry in the way groundbreaking technologies and innovations have given some industries a quantum leap and even unlocked new usage paradigms.