The much-improved user interface of the Quest Pro headset is now set to come to Meta Quest 2.

The system interface was partially redesigned and refreshed for Meta’s recently released Quest Pro headset. The new features include an ambient color palette, more responsive controls, smoother curves, and animations as well as an easier-to-read type, according to the Meta Quest Release Notes. 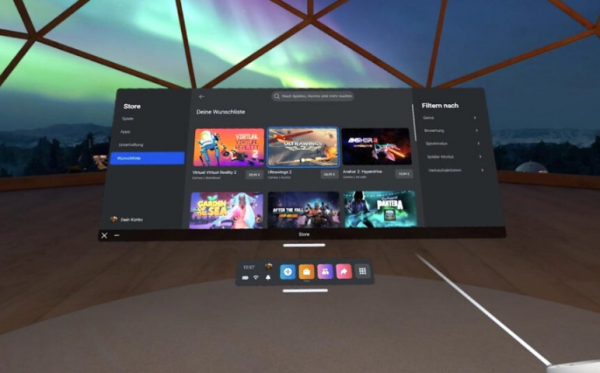 Now those improvements are coming to Meta Quest 2, Meta’s most successful piece of hardware so far which has so far shipped over 15 million units according to some reports. The improvements will roll out to Quest 2 users before the end of the year.

The release notes suggest we are going to see more Meta Quest Pro updates in the future. The Quest Pro headset targets a different market segment from the original Quest and the Quest 2 headset. Its target group, mostly of the enterprise, professional, or prosumer class, has specific requirements that are currently not being handled by the headset’s operating system. The Quest Pro OS is currently similar to that of the Meta Quest 2 game console. This does not make sense considering the Quest Pro headset targets workplace usage scenarios.

The Meta Quest Pro headset is touted as a future work computer that could replace laptops in a few years and after a few hardware generations. While this is possible, it will take some years before the device is ready for prime time to usher in a new era of computing.

To usher in that new phase of XR-enabled computing, corresponding productivity apps will be required along with full multitasking. This will necessitate drastic enhancements in the current operating system.

At the moment, users can’t even start their VR office directly. They first need to open Horizon Workrooms, one of the many virtual reality apps.

There are reports that Meta is already building a new interface that will be more suited for work applications and will be better for multitasking.

The Meta Quest Pro headset’s memory is twice that of the Meta Quest 2 and this creates new usage possibilities. For instance, users can use the browser without the need to close the active virtual reality app which is a small but important improvement in the user experience.

Meta Quest Pro is an experimental hardware and software platform from where the company will roll out a cheaper consumer version of the headset once its technology matures and there is sufficient demand in the marketplace.

Meta has to do some balancing act here. It needs to add time-exclusive features to the Quest Pro headset and the target clientele, including enterprise and professional users. However, Meta also has to avoid the fragmentation of the Quest OS by providing consistent features in all Quest headsets. A fragmentation akin to that between the Quest and Rift platforms could seriously dent Meta’s XR ambitions.