“EVE: Gunjack” is a Space Shooter Game for the Gear VR 2 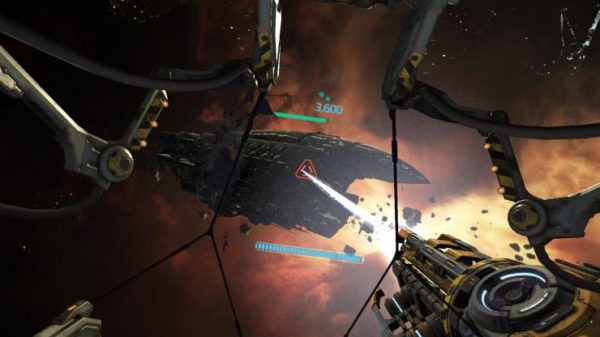 The popular online multiplayer game, EVE Online, is getting a new spinoff title called EVE: Gunjack in time for the launch of the next generation of Samsung’s Gear VR headset – the Samsung Gear VR 2. Samsung recently announced that the EVE: Gunjack, will be among the launch game titles of the Gear VR 2.

CCP Games, the game developer of the EVE Online franchise, has confirmed Gunjack details on the EVE Online Community. It says that Gunjack will feature players controlling a turret near a mining vessel as it takes down numerous threats. These threats include pirates, opportunists and a number of massive ships that will probably act as bosses for the game.

To help players take on the vast number of enemies, a variety of upgrades and weapons will be available for the turret to use. These include homing missiles, heat lasers and even barriers that can stop opponents, allowing the player to shoot them down while they’re unable to defend themselves.

Most of these weaponry and power upgrades will be floating in space, making EVE: Gunjack reminiscent of older shooters like ATARI Games’ Asteroids – only this time that HD graphics are the norm for high-end gaming. The Samsung Gear VR 2 is seen to highly benefit from the excellent gaming graphics on the EVE: Gunjack, as the gameplay graphics have been consistently highlighted as one of the game’s best assets. 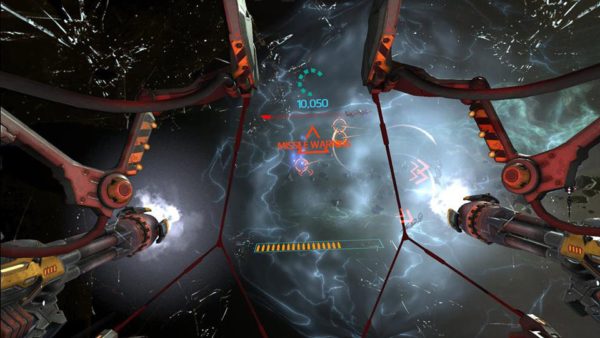 Based on screencaps of EVE: Gunjack’s gameplay, the gaming graphics are of excellent quality and highly detailed. Running on the Unreal Engine 4 game engine, Gunjack could be one of the potentially great-looking games coming out for the upcoming Gear VR 2.

EVE: Gunjack is the second VR game set in the EVE Online franchise. It follows the previous EVE Online game set, EVE: Valkyrie, that was released for both Windows and PlayStation 4 platforms. Thanks to the rise of high-end VR headsets, EVE: Valkyrie will also be playable on Windows PCs paired with the Oculus Rift, as well as on the upcoming highly-anticipated Project Morpheus VR headset paired with Sony’s PlayStation 4 gaming console.

EVE: Gunjack will be formally released to the public later this year – just in time for the official launch of the Samsung Gear VR 2. As of this writing, there has been no news yet on the pricing and exact availability of the said title.