Leap Motion Sees Its Tech In “Major” OEMs This Year 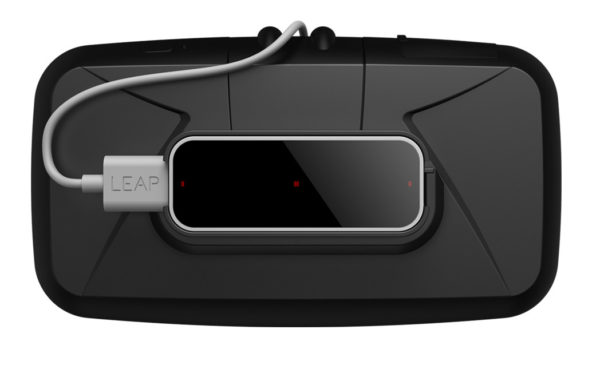 Leap Motion, a VR company specializing in gesture-driven input technology, announces that their proprietary technology will come to well-known VR OEMs in 2016. Although the San Francisco-based company was founded in 2010, some three years before Oculus VR came as a big contender in the VR industry with their initial Oculus Rift VR headset development kit, the company has made a major shift toward virtual reality, in the hope that their gesture camera technology will find its way as an input method for virtual reality.

While the company hasn’t given any hints as to who it’s working with, Leap Motion CEO Michael Buckwald said that consumers shall see their proprietary technology shipping in hardware from “major” OEMs in 2016. However, with their own custom input methods, companies such as Oculus, HTC, and Sony will highly be unlikely to adopt Leap Motion’s tech, at least in the first few years of mainstream VR. Instead, Leap Motion seeks to find its market niche in mobile VR where toting around physical controllers doesn’t make much sense. In the near future, we could see the company’s tech either built into mobile VR headsets or even into a phone itself.

On the software side, the company has been continuing to refine their computer-vision stack to make hand-tracking as accurate as possible. Internally the company has been developing what they’re calling the ‘Interaction Engine’ which they hope in a way will standardize and improve how users interact with objects in VR using the company’s hand-tracking tech, making it easier for developers to focus on the experience of their Leap-based applications rather than spending time trying to fine tune the interactions between user’s hands and those experiences.

Latest versions of Leap Motion’s hand-tracking software now utilize a reprojected view when using the so called ‘Image Hands’. Image Hands are a virtual view of the user’s actual hands as seen through the Leap Motion camera. Developers can opt to use the Image Hands or instead use computer modeled hands shown in place of the user’s hands.

When using the Image Hands, Leap Motion’s software now ‘reprojects’ the view to be more accurate than before. Because the cameras on the Leap Motion are not as wide apart as human eyes, and because the cameras are mounted several inches away from where the user’s eyes actually are, the camera’s view of the hands is not exactly the same as how the user would see their hands if looking as them without the headset. Reprojection is used to address this, fixing both the scale and distance to the hands so that they feel as natural to the user as possible.

https://virtualrealitytimes.com/2016/01/18/leap-motion-vr-major-oem/https://virtualrealitytimes.com/wp-content/uploads/2016/01/Leap-Motion-VR-Developer-Mount-on-HMD-600x365.jpghttps://virtualrealitytimes.com/wp-content/uploads/2016/01/Leap-Motion-VR-Developer-Mount-on-HMD-150x90.jpg2016-01-18T11:00:58+00:00John Marco OscilladaBusinessControllersHardwareStartupsLeap Motion, a VR company specializing in gesture-driven input technology, announces that their proprietary technology will come to well-known VR OEMs in 2016. Although the San Francisco-based company was founded in 2010, some three years before Oculus VR came as a big contender in the VR industry with their initial Oculus...John Marco OscilladaJohn Marco Oscilladaoscilladajm@gmail.comSubscriberVirtual Reality Times