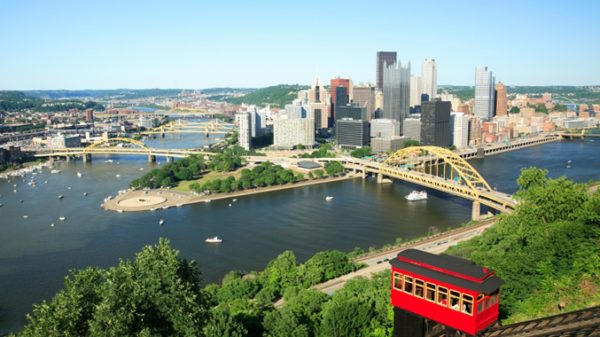 Facebook is about to break ground on Pittsburgh as it establishes a facility dedicated to Oculus VR research efforts in the said American city. The company will open a 20,000-square-foot office for its research division this spring in Schenley Place, a new seven-story building located in Oakland neighborhood and developed by Elmhurst Group. Oculus VR will be leasing the space.

Oculus VR, founded in 2012, is considered a leader in immersive virtual reality technology.
Facebook paid $2 billion, a sum that included $400 million in cash and 23.1 million shares of its stock, to acquire the firm two years ago after Facebook founder Mark Zuckerberg became enthralled with the technology, personally testing a prototype himself.

Oculus is getting a lot of hype as it gets ready to debut this spring its much-anticipated Oculus Rift VR headset, one that began as a Kickstarter project launched by company founder Palmer Luckey. The system will sell for $599, while promising to make you feel “like you’re really there,” whether playing a video game, watching an immersive virtual reality movie, or hanging with friends in virtual reality.

With the system, Oculus will include a couple of virtual reality games as well as a remote to browse content in the Oculus Store or Oculus Video. The firm also stated it is working with other developers in the industry to create more games and experiences.

Oculus, which now has its headquarters on the Facebook campus in Menlo Park, Calif., will take a portion of the space on the first floor and a portion on the second at Schenley Place.
Mr. Hunt said he was excited to be able to sign the firm, noting it was not only good for his company and the building but the city as a whole. It is another indication, he added, that the Steel City is becoming a tech hub.

Facebook is attracted by the large pool of research talent coming out of Carnegie Mellon University and other local schools. Due to the amount of talented individuals in the area, the company has already posted job listings for computer vision engineers, programmers and post-doctoral researchers. Oculus will be joining a growing tech community in Pittsburgh. With roughly 400 employees locally, Google is expanding into a second office building at Bakery Square. Meanwhile, Apple and Uber have recently set their own physical offices in Pittsburgh to harness talented individuals graduating from Carnegie Mellon and other schools.