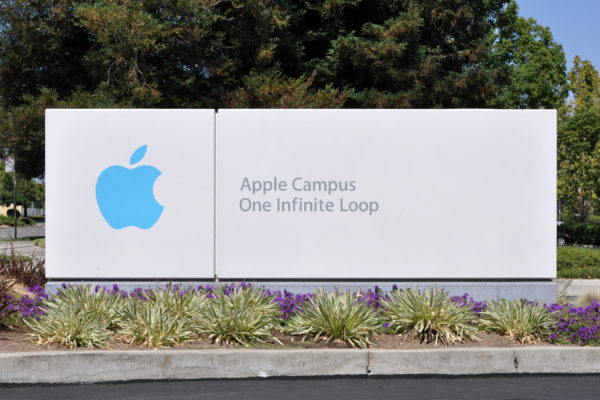 With a handful of recent VR company buyouts Apple has undertaken, it shows that the Cupertino tech giant is showing its interest in virtual reality. And to spice up the rumors even further, the company has hired Doug Bowman, one of the best-known researchers in the field, as it attempts to catch up with efforts from Oculus, Samsung, and HTC.

Financial Times reports that Apple has hired Doug Bowman, a computer science professor at Virginia Tech where he was director of the university’s human-computer interaction center for five years, before recently taking a sabbatical. During his time at the university, he focused on topics of three-dimensional user interface design and the benefits of immersion in virtual environments.

Bowman was also, along with colleague Joseph Gabbard, among five recipients of a grant of $100,000 and two HoloLens Development Edition devices to carry out research into uses for Microsoft’s augmented reality headset. Bowman’s research was called a “Collaborative Analysis of Large-scale Mixed Reality Data.”

The said reports also tell that Bowman worked as a user experience consultant for Disney Imagineering, working on the company’s theme park rides.

In 2015 both virtual and augmented reality technologies became big as the likes of Oculus VR and Microsoft came up with innovative VR and AR headgear. This 2016, the next few months will see the launch of consumer-focused devices like the Facebook’s Oculus Rift, Sony’s PlayStation VR and HTC’s Vive. While Samsung already launched its Gear VR headset that works with Samsung’s high-end Galaxy smartphones, Google has its own cheap yet value-for-money VR viewer called Cardboard. Microsoft is developing its enterprise-focused HoloLens headset while secretive startup Magic Leap is making a lot of headlines for its augmented reality technology.

Apple has made no official announcements about what it is planning on doing in this area, but in early 2015 the company posted a number of job listings that indicated it was seeking to grow a handful of talented people to work for virtual reality and augmented reality technologies. Those listings included one for a Senior Display Systems Engineer to design and test displays that could be used in a virtual environment.

History tells a lot about Apple’s future plans in the area of VR and AR. In August, the company reportedly hired former HoloLens engineer Nick Thompson to bolster its augmented reality efforts and the hiring of Bowman is the latest sign that Apple is ramping up its efforts to become a significant player in a market said to be worth $80 billion by 2025, according to Goldman Sachs.

Going even further back, in 2013, Apple acquired Israel-based Primesense, the semiconductor company behind the first Kinect motion sensor for the Microsoft Xbox 360. Through the acquisition, Apple acquired several patents from the company, including one related to a video headset, according to Patently Apple.

In May 2015, Apple acquired Metaio, a German augmented reality startup that provided its services to companies such as Ikea and Ferrari while earlier this month Apple acquired Emotient, a San Diego-based startup using AI technology to read the emotions on the faces of people, which some analysts say could be used in virtual reality applications.

While Apple is almost certainly investigating virtual and augmented reality as a standalone project, its recent hiring and acquisitions in this area could be leading into futuristic 3D user interfaces.

For more information on Apple’s venture into VR, please visit the following websites:

https://virtualrealitytimes.com/2016/01/31/apple-hires-vr-expert/https://virtualrealitytimes.com/wp-content/uploads/2016/01/Apple_Campus_One_Infinite_Loop_Sign-600x400.jpghttps://virtualrealitytimes.com/wp-content/uploads/2016/01/Apple_Campus_One_Infinite_Loop_Sign-150x90.jpg2016-01-31T07:38:59+00:00John Marco OscilladaAppleWith a handful of recent VR company buyouts Apple has undertaken, it shows that the Cupertino tech giant is showing its interest in virtual reality. And to spice up the rumors even further, the company has hired Doug Bowman, one of the best-known researchers in the field, as it...John Marco OscilladaJohn Marco Oscilladaoscilladajm@gmail.comSubscriberVirtual Reality Times