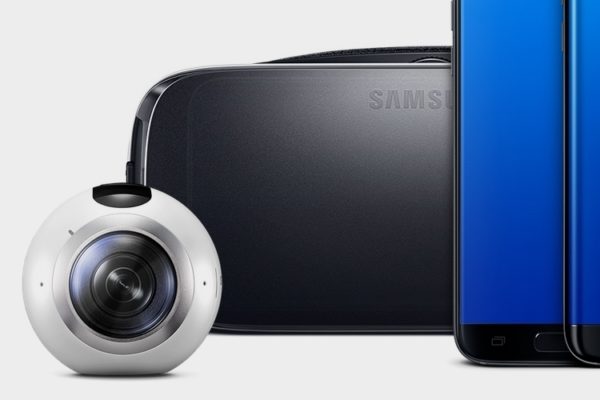 Getting up to date with the latest stories as they happen will now get more immersive with VR.

With the strategic partnership between Samsung and Reuters, you can get updated with the latest stories from across the globe thanks to virtual reality. World’s largest news provider Reuters, and South Korean electronics giant Samsung has teamed up to bring Focus 360, a new platform that capitalizes on the broad expertise of Reuters and the cutting-edge VR technology brought about by Samsung.

This new partnership between Reuters and Samsung will bring immersive stories to anyone with VR access. Focus 360 will bring 360-degree photography and videos from all the top news around the world using Samsung’s VR hardware: the Gear 360 camera and its proprietary editing technologies.

Anyone can now access international and local stories, now enhanced with virtual reality, on various mediums that Reuters broadcasts. These include the Reuters.com website, as well as the Reuters News and Reuters TV mobile apps for both Android and iOS mobile platforms. Focus 360 targets to provide Reuters viewers and followers with a rich and immersive news browsing experience, enabled by Samsung’s VR tech. The partnership taps into the huge market potential of the increasing number of people who frequently use their mobile devices to keep up to date with news content.

Focus 360 will offer a variety of channels for anyone to experience news delivered on VR. These include a dedicated channel on Reuters.com that consolidates all stories in one place, and a native VR presence on both the Reuters News and Reuters TV apps. All VR and 360 content on Focus 360 will be viewable on iOS and Android devices as well as on Reuters.tv.

Focus 360 will pilot on Reuters.com and the Reuters TV app for Android starting August 2 and on iOS beginning August 5, offering all available content across the platforms. Selected Samsung devices that are compatible with the Gear VR headset will also be able to use Focus 360. These devices include the Galaxy S6, S6 Edge, S6 Edge+, Note5, S7, and S7 Edge.

According to Stephen Adler, Editor-in-chief and President of Reuters, “Our agreement with Samsung allows us to enhance our visual journalism and provide a more absorbing experience for our viewers. Through VR and 360 technology, customers will be able to deepen their perspective on news events and gain a richer understanding of the context.”

For more information on Focus 360, please visit the following websites:

https://virtualrealitytimes.com/2017/02/18/reuters-samsung-focus360/https://virtualrealitytimes.com/wp-content/uploads/2016/07/samsung-gear-360-1-600x400.jpghttps://virtualrealitytimes.com/wp-content/uploads/2016/07/samsung-gear-360-1-150x90.jpg2017-02-18T09:53:23+00:00John Marco OscilladaBusinessMoviesSamsung/GearVRVR Video ProductionGetting up to date with the latest stories as they happen will now get more immersive with VR. With the strategic partnership between Samsung and Reuters, you can get updated with the latest stories from across the globe thanks to virtual reality. World's largest news provider Reuters, and South Korean...John Marco OscilladaJohn Marco Oscilladaoscilladajm@gmail.comSubscriberVirtual Reality Times