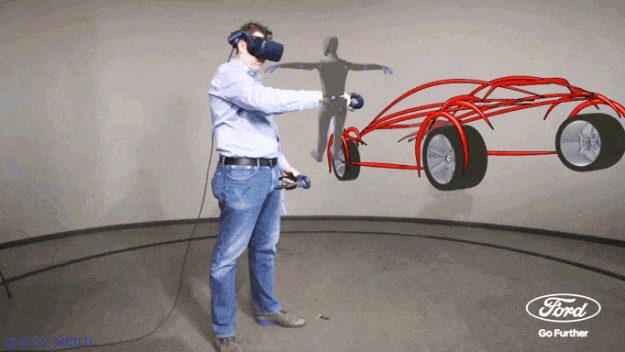 https://virtualrealitytimes.com/2019/04/25/ford-stylists-around-the-globe-can-now-collaborate-using-virtual-reality/https://virtualrealitytimes.com/wp-content/uploads/2019/04/Ford-Plans-to-Design-Cars-with-Virtual-Reality-Sketches-600x338.jpghttps://virtualrealitytimes.com/wp-content/uploads/2019/04/Ford-Plans-to-Design-Cars-with-Virtual-Reality-Sketches-150x90.jpg2019-04-25T04:05:23+00:00Sam OchanjiDisplay and ImmersionSoftwareFord designers based in Shanghai and Dearborn can now collaborate with each other digitally by using virtual reality. Ford has auto designers who are spread throughout the world and the company has implemented virtual reality into its systems to allow designers to collaborate on projects virtually and simultaneously thereby...Sam OchanjiSam Ochanjisochanji@yahoo.comAdministratorVirtual Reality Times