The Best Virtual Reality Cameras to Try Out in 2019

Gradually, virtual reality content is beginning to seep into the tech ecosystem. It is the edgy next-phase of communications and the growth in content is happening in tandem with the growth in the capabilities of the virtual reality hardware. Many VR content companies are springing up all over the world, creating a myriad of VR experiences that continually push the limits of innovation.

However, virtual reality content creation is not just the preserve of specialized VR content studios with sophisticated equipment and skills. If you have the right VR cameras, even you can create your own superb VR content by capturing high quality VR or 360-degree 3D footage, stitching it up and sharing it with your audiences.

The main instrument for creating virtual reality content is the VR camera. Increasingly, they are getting more sophisticated and also more compact meaning you can carry them around to capture all the quality footage that you will need to stitch together an impressive immersive experience.

If you want capture your adventures or special moments and create some superb virtual reality content, here is a list of some of the most impressive cameras that you can try out in 2019:-

The Pilot Era 8K 360-degree Compact VR Camera is an all-in-one that you can use to accomplish everything without the need to interface it with any other external device such as a tablet, PC or phone. You will use this virtual reality camera without having to bring along any other devices. The camera even allows you to preview your VR videos on a touchscreen while you are recording ensuring you capture the right shots before you complete your recording. 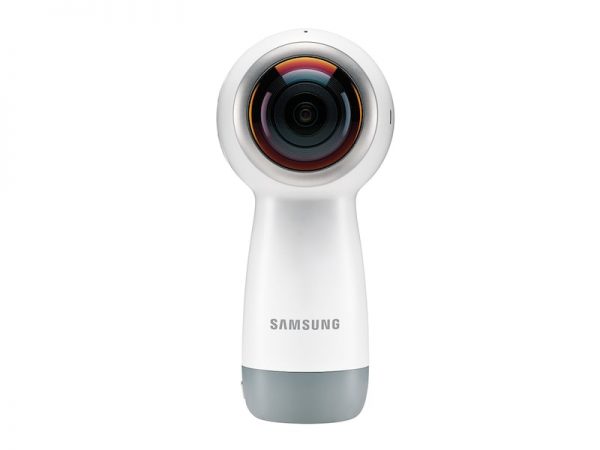 With the Samsung Gear 360 Camera, you will be able to capture, view or share your best moments with relative ease. The virtual reality camera allows you to share the content that you view through the social platforms such as Youtube and Facebook. It is fairly easy to operate. You can simply tap the VR camera and you can start recording your surroundings at one ago. The Samsung Gear 360 VR Camera even allows you to immerse yourself into the virtual reality experiences that you have captured with your camera simply by inserting your phone in the Gear VR.

This virtual reality camera features a family-friendly design that makes it easy to operate for all ages. You can use the 360Penguin 360 Degree Camera in shooting 360-degree videos as well as images. It is quite a versatile piece which you can use to shoot 4K, 6K and 360-degree videos. This is 360 camera can also be used in shooting 24-megapixel 360-degree photos. You can even use the camera in livestreaming your content directly to Facebook and Youtube. 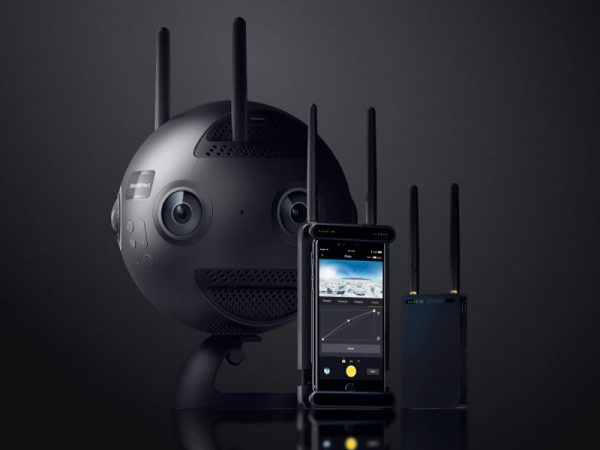 The Insta360 Pro 2 is an innovative camera piece with six lenses that can use in capturing all angles simultaneously. The camera delivers both 3D 360 degree and 8K-per-eye videos, guaranteeing you impeccable quality footage. The Pro 2 has a bevy of some really attractive specs. These include its FlowState stabilization functionality, long-range live monitoring along with a seamless post-production with Adobe that you can use to process your footage. You can also use the camera to get an 8K VR experience irrespective of the device that you will be using to view the footage. 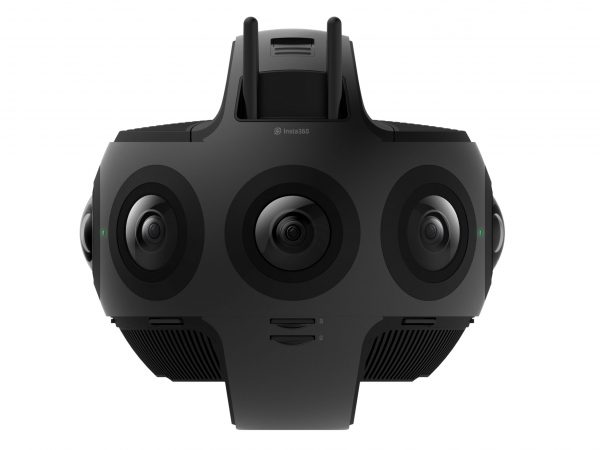 This is a powerful virtual reality camera with an 11K capability. As a result, you can use the Insta360 Titan to capture high quality footage that will look very realistic. The VR camera will shoot in both 11K 3D and 11K mono so you will be able to capture all angles simultaneously for the most comprehensive footage. You can also use the Insta360 Titan VR camera to shoot 8K footage at 60fps. The Insta360 Titan is a unibody camera that is equipped with 8 lenses as well as Micro Four Thirds sensors. The VR camera also has a  10-bit color support so you can look forward to some impressively cinematic footage. 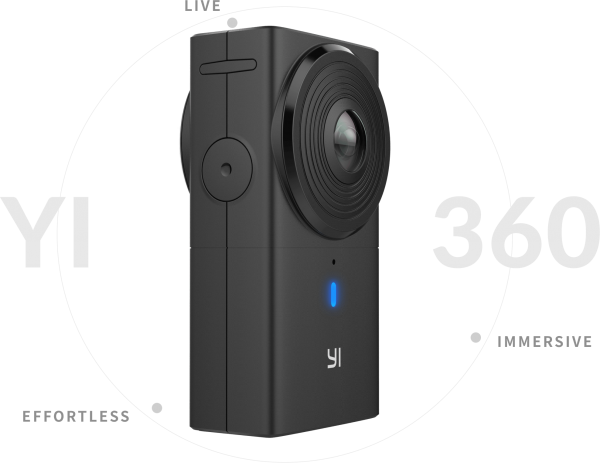 The Yi 360 VR Camera is a compact virtual reality camera that deploys two lenses to realize 360 degrees. Each of the lenses in the camera has a coverage of 220 degrees allowing you to have a more cohesive stitching together of the footage. You can use the Yi Camera to shoot videos of up to 5.7K at 30 fps. It delivers a superb resolution that will bring out great detail in the images. When required, the Yi 360 camera can automatically switch to 4K at 30 fps. 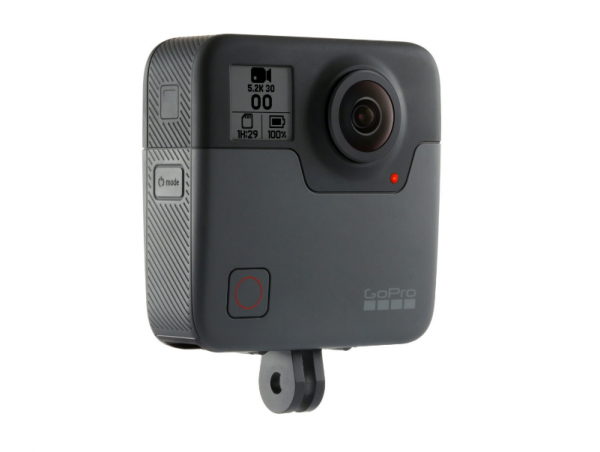 The GoPro Fusion 360 VR Action camera also has two 180-degree lenses and delivers high resolution 5.2K videos. It utilizes the GoPro Hero6 technology to enable users to capture ultra-smooth footage and the stabilization is incredible, almost gimbal-like. The camera also enables you to stitch together your VR content. It has the wide-angle lenses that allows you to capture sharp footage with great detail to store your precious moments. 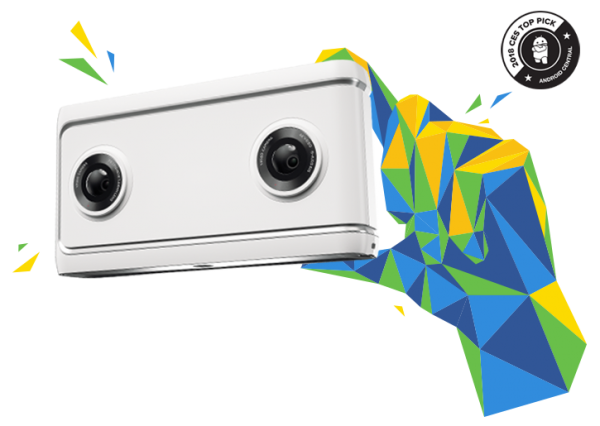 Use the Lenovo Mirage 180-degree VR Camera to create your own virtual reality content. The camera has a point-to-shoot capability with its 13-megapixel lenses that work simultaneously. The camera covers a full 180-degree so you can use it to capture stereoscopic images that you can stitch easily for some incredible VR experiences.

https://virtualrealitytimes.com/2019/05/27/the-best-virtual-reality-cameras-to-try-out-in-2019/https://virtualrealitytimes.com/wp-content/uploads/2019/05/Samsung-Gear-360-Portable-VR-Camera-600x450.jpghttps://virtualrealitytimes.com/wp-content/uploads/2019/05/Samsung-Gear-360-Portable-VR-Camera-150x90.jpg2019-05-27T01:55:13+00:00Sam OchanjiHardwareVR CamerasGradually, virtual reality content is beginning to seep into the tech ecosystem. It is the edgy next-phase of communications and the growth in content is happening in tandem with the growth in the capabilities of the virtual reality hardware. Many VR content companies are springing up all over the...Sam OchanjiSam Ochanjisochanji@yahoo.comAdministratorVirtual Reality Times

« Sony’s Next Generation PlayStation VR Could Have Wireless, Eye Tracking, Better Resolution and More
Oculus Rift S to Get Better Quality Passthrough+ and ASW on RTX GPUs in June Update »