Magic Leap has introduced a new “Concepts” category in its store. Third-party developers can now publish and explore Concepts or free AR apps for gathering feedback, experimentation as well as to get support from the greater Magic Leap developer community. The Concepts are simply free apps but with limited functionality which are published to allow developers to experiment and garner feedback on their creations. 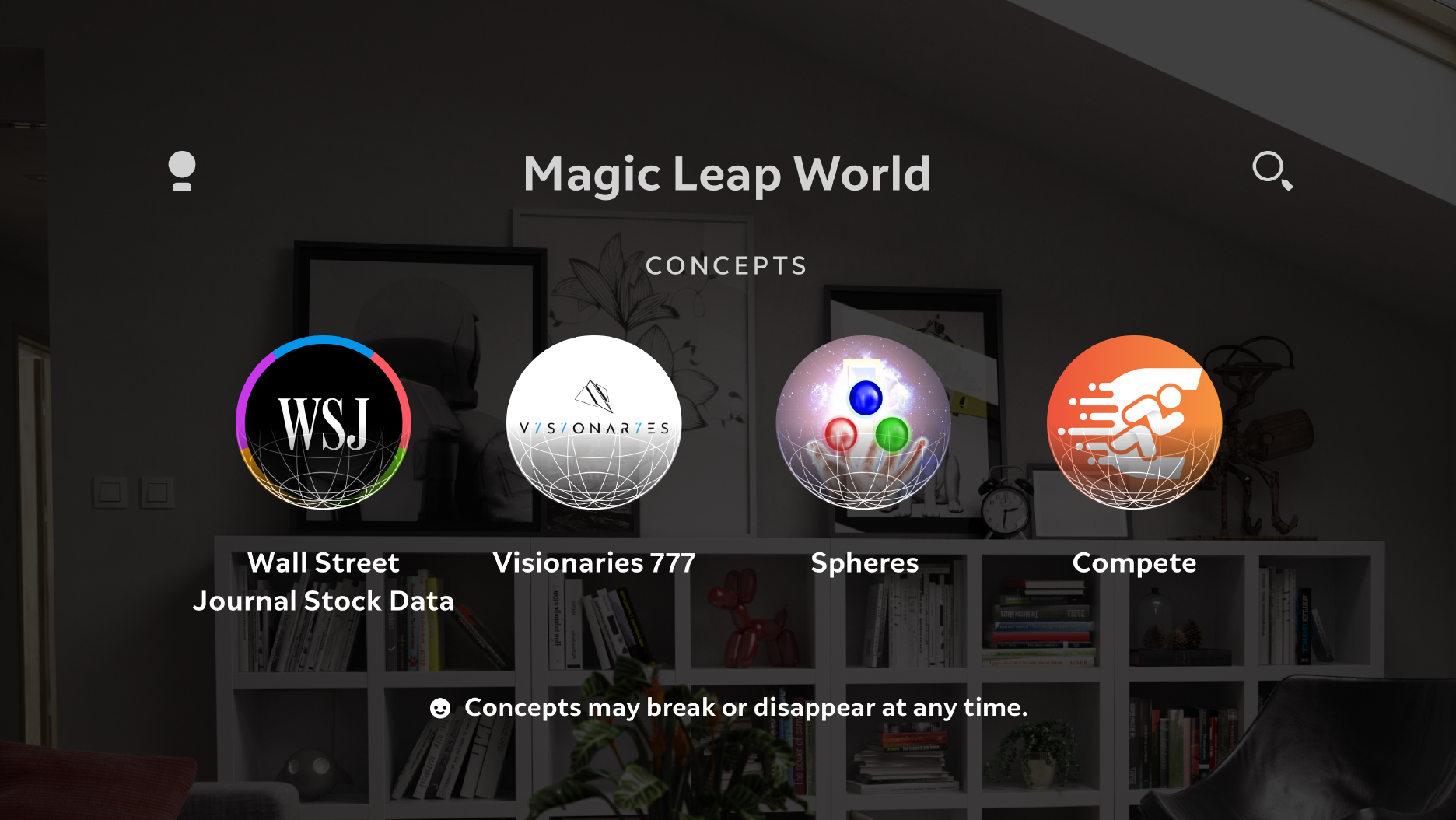 According to Magic Leap, the concepts category initially began internally and within the Magic Leap community where it is already being used extensively. From today, however, all developers will now have access to Concepts.

Magic Leap has also simplified the publishing process. Magic Leap now even offers an icon generator. Here is a guide for publishing Concepts.

Concepts Should Speed Up App Innovation

The Concepts feature is intended to help generate ideas. Some of the first Concepts that have been released so far is by the Dow Jones Innovation Lab which has released the Wall Street Journal Stock Data Concept that helps in visualizing and animating WSJ market data for the U.S. billion-dollar stock on a radial scatter plot. There are other Concepts that are being published from now onwards.

Magic Leap started the Concepts feature as a means of sharing small ideas as well as interactions that hadn’t yet been developed into fully fledged applications. The concepts category has been created to offer developers a space for experimentation. It allows developers to test the limits of what they can do with the Magic Leap platform without necessarily releasing them as larger-scale and production-ready apps.

The Concepts allow developers to link their Twitter profiles as well as their project’s GitHub URL. Magic Leap hopes that some of these experimental projects will eventually evolve to become fully fledged apps.

Concepts now allows for the sharing of more interactive photorealistic models. With third-party developers now able to publish their limited apps, users will be able to explore new ways of using gestures, interaction-heavy concepts along with short and easily digestible experiences. The Concepts will also have faster approval time through Magic Leap’s app approval process. Developers publishing concepts won’t be required to register as Merchants but they still need to sign the Magic Leap publisher agreement.

Some of the Concepts published so far include the following:-

Magic Leap hopes that some of these Concepts will eventually become mixed reality apps.