In 2018, Microsoft had won a $488 million contract to supply the US military with the HoloLens mixed reality headsets. Microsoft has been able to fulfil this order and supply the US army with the modified headsets in spite of struggling over the past few months keeping up with the high demand.

Now, for the first time, new images have emerged showing how the HoloLens 2 is deployed in the training exercises and the army begins putting the headset into use.

Images of the headsets in use came during a live demonstration of the army’s augmented reality training program that puts virtual combatants in an empty room as the soldiers perform various tactical exercises. The modified HoloLens 2 are an integral part of the Integrated Virtual Augmentation System (IVAS) and emerged from a soldier checkpoint that was held in April last year to test out the mixed reality devices.

The US Army went on to carry out a second soldier checkpoint in late last year. A third checkpoint is slated to happen this summer and the fourth one will be held in 2021. During each month-long checkpoint, Microsoft embeds the HoloLens team on-site which collects feedback from the soldiers and apply these changes as the US Army scales up the number of soldiers that participate in the testing. 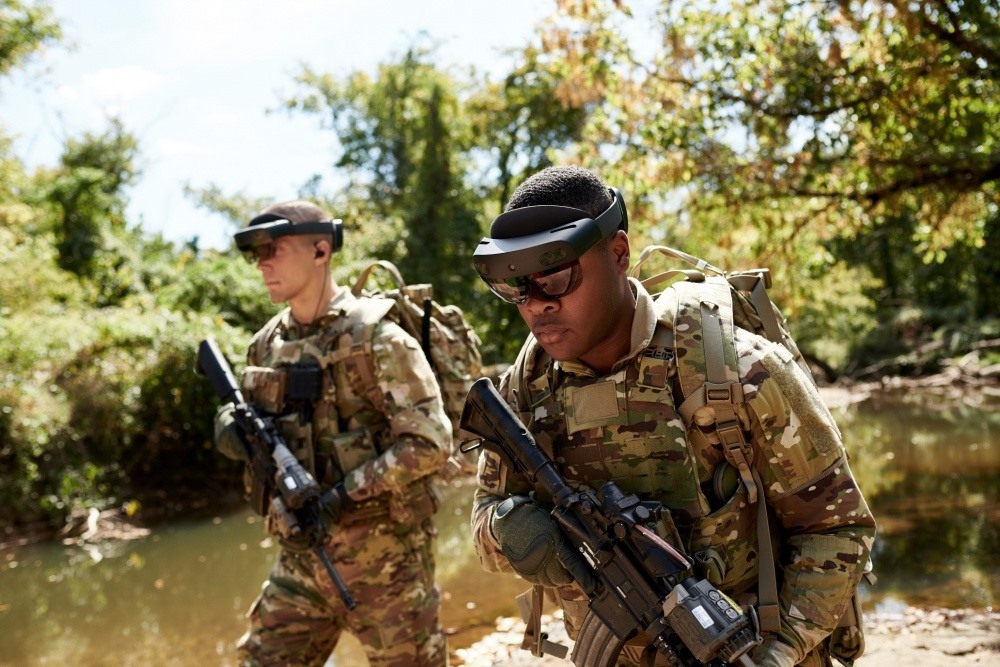 Apart from the new images, details also emerged on the Military Times on how the US is ti deploy the HoloLens 2 headsets.

For the IVAS, the HoloLens 2 headsets will work with a tactical assault kit that will also include a Samsung smartphone that will be running an Android operating system, a radio as well as a battery that will provide up to eight hours of operation for the whole IVAS system.

This current configuration will also have aftermarket sensors such as the Flir thermal sensors. The whole setup weighs about 2.5 pounds. The US military expects the weight for the next iteration of the configuration to weigh 2 pounds. The final product is set to be delivered by September 2021. 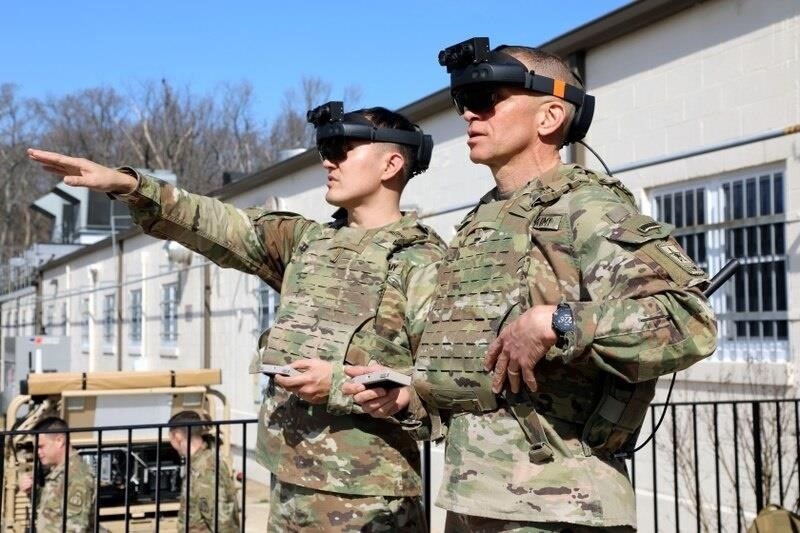 Also, over the first two testing periods, the HoloLens developers have been able to improve on the user interface which the soldiers initially found to be too cluttered and distracting.

The current concentration of the modified HoloLens 2 testing has mainly been deployed in training scenarios but the US Army ultimately hopes to deploy these headsets in real battlefields.

According to MAJ Brad Winn who is the lead action officer for IVAS, the system will be crucial in Aided Target Recognition which is one of its “greatest capabilities”.  The feature enables users to rapidly identify anyone or anything in sight which will enable soldiers to more easily tell the difference between real threats and civilian non-combatants.

As Microsoft continues to deliver on its military contract with the US Army, the feedback it gets from these early trials will go a long way in refining the later versions of the headsets to create lighter and more user-friendly UI.