NASA is planning to go back to the moon by 2024, which will be the first moon landing since 1972. As part of its preparations for the moon landing, the agency is organizing a series of unmanned test flights for its Artemis program. The first of the test flights will be the launch of the unmanned Orion CM-002 spacecraft from the Kennedy Space Center located in Cape Canaveral in Florida.

The mission is aimed at certifying the Orion spacecraft along with the Space Launch System launch vehicle for its crewed flights that will culminate in a new moon landing by 2024. 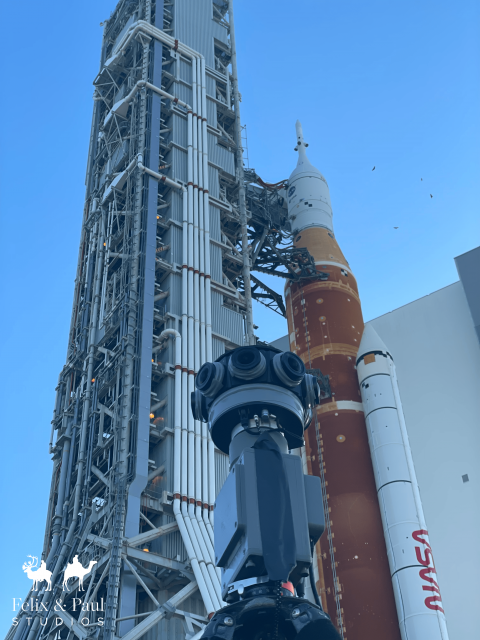 The Orion CM-002 test flight is taking off in August and will be streamed live on various platforms including virtual reality. The VR live streaming of the test flight will be brought to you by the Montreal-based Felix & Paul Studios in collaboration with Meta.

The next moon flight, scheduled for 2024, will include a woman on the crew for the first time. The Project Artemis mission has been under development for several years and will take place in several stages. It will also culminate in several moon landings by 2028.

The Artemis I tests will cover service modules, maneuverability in the lunar module, and heat shield when re-entering the earth’s orbit. Should these tests prove successful, the second phase of the mission and the first crewed flight will ensue.

Felix & Paul Studios will partner with Meta along with distribution partners from across the world to live stream the first test next month. It will be streamed in 8K, 360-degree virtual reality. Meta Quest 2 users can follow the immersive Livestream of the launch in the Venues event app which is now part of the Horizon Worlds social VR platform.

The immersive Livestream can also be accessed via Facebook 360 through the Space Explorers Facebook page, 5G 360-degree streaming platforms in various locations as well as various domes and planetariums.

Horizon Worlds has been only available in the US and Canada since its launch but it is soon set to launch in the UK and the rest of Europe.

The Artemis Livestream can also be accessed on Facebook on the Space Explorers Facebook page. NASA hasn’t set a specific date yet although it has said the launch is planned for August. The 360-degree Facebook stream will be in 5K resolution.

Felix & Paul Studios has previously worked on another space station experience- Space Explorers: The ISS Experience– which is an Emmy Award-winning 360-degree series that was filmed in the International Space Station. Felix & Paul Studios developed the experience in collaboration with NASA. Each episode of the 360-degree series gives viewers an unprecedented peek into the lives of the astronauts in the ISS. In the films, the studio team serves in various capacities including as cast, crew, and directors.

For the filming, the studio developed a 360-degree camera designed for use in zero-g environments which enabled them to capture a spacewalk in virtual reality, the first time this has ever been done.