UK startup WaveOptics this week closed its third round of investment at $39 million in an oversubscribed series C round of funding. WaveOptics wants to build waveguide displays which are not only compact but also inexpensive to manufacture and which also deliver the best image quality. The company already builds core components for augmented reality (AR) displays for its various partners. The latest oversubscription is a validation of the confidence that the industry and investors already place in its technology.

Similar displays are already in use in glasses such as the Magic Leap One and the HoloLens. The WaveOptics displays still have a relatively small field of view which stands at around 40 degrees.

The UK-based startup announced its first scoop of $26 million in series C funding last December. With the latest round, the startup has now added $13 million to its funding thanks to investments from the Chinese electronics firm Goertek which is already an existing WaveOptics partner. Also joining in this round of investments is the Australian superannuation fund Hostplus. The two join other investors in the startup including Robert Bosch Capital (RBVC), Octopus Ventures, IP Group and Gobi Partners.

WaveOptics was founded in 2014 and specializes in building waveguide display technology for the manufacturers of AR wearables. It already enjoy a dominant position in the AR market thanks to its partnerships with some of the leading players.  Most augmented reality devices work based on waveguides, guiding the waves of light between a small projector to the glass in front of a wearer’s eyes. WaveOptics waveguides technology main unique selling point is that it overcomes the three major challenges currently faced in the design of augmented reality wearables namely design, cost and optical performance. WaveOptics technology helps keep down the costs while making it possible to build smaller waveguide modules that allow for the creation of more compact augmented reality wearables. 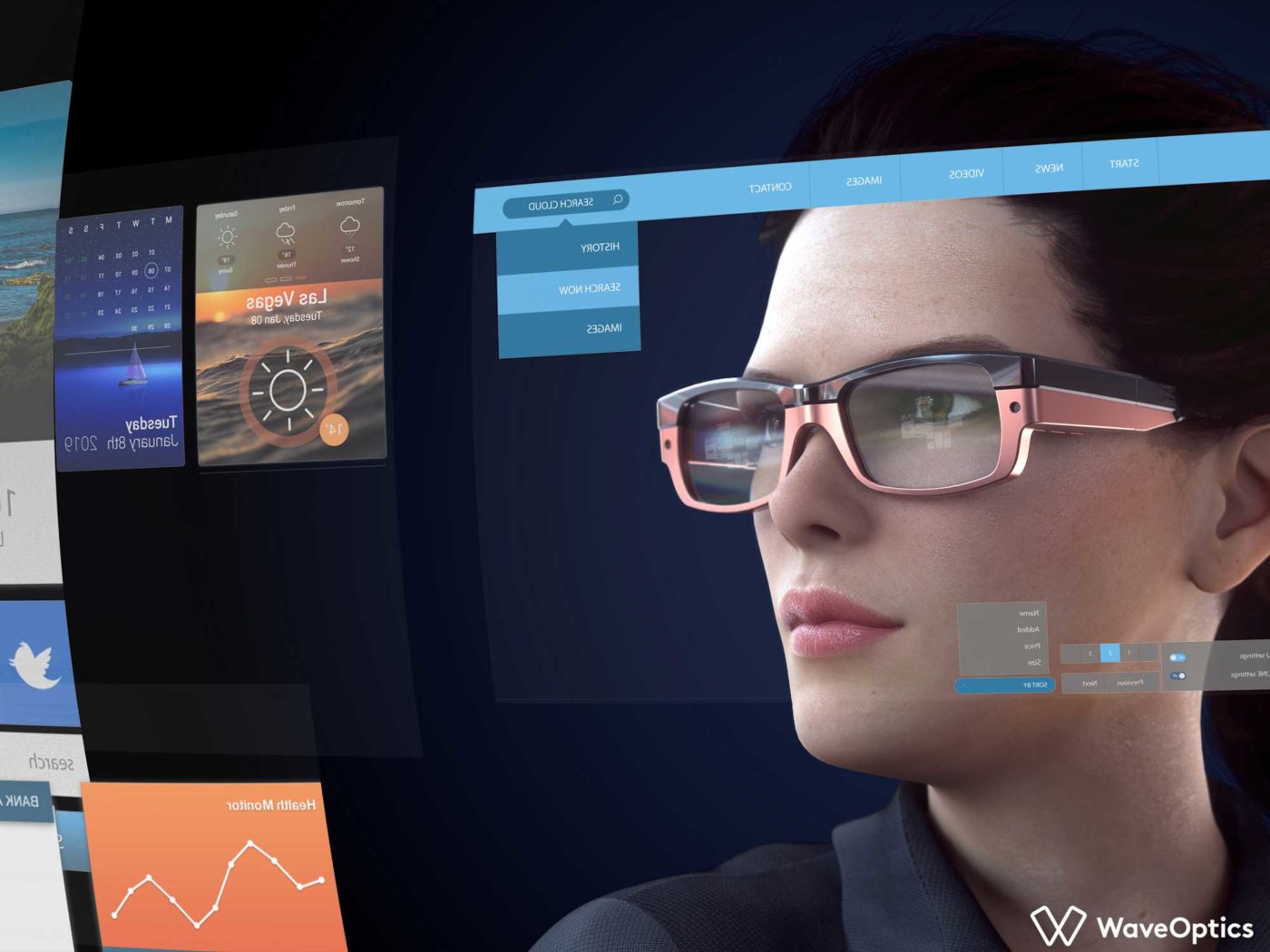 China’s Rokid is among the companies already using WaveOptics’ technology. It recently unveiled its Project Aurora smart glasses prototype that can connect to any device using USB-C. More companies are having to rely on WaveOptics’ technology to build cutting edge products. In just the first half of 2019, the UK-based waveguide technology company secured a number of partnerships with multiple OEMs and ODMs across the globe.

The Rise of Augmented Reality

Augmented reality is yet to see the mass uptake that virtual reality technologies have enjoyed on a smaller scale and the rise of AR will spell a positive future for waveguide display technology. The rise of AR is being driven by the emergence of powerful smartphones as well as a rise in investments in the dedicated wearables.

Microsoft is currently preparing to launch the next generation of the HoloLens augmented reality headset while Magic Leap continues to attract mountains of cash to help fund its entry into new verticals. There are also lots of new augmented reality startups that are coming up. Some of the biggest players such as Google and Apple are also in the process of ramping up their augmented reality investments in both hardware and software. All signs point to a positive growth trajectory for augmented reality. In the coming years, the technology is only going to get bigger and better. It is estimated that augmented reality could grow into an $85 billion industry by 2025. For a waveguide display maker such as WaveOptics, that is a projection that could spell good tidings as demand for its technology increases exponentially. The company feels that it is perfectly positioned to fully take advantage of this growth and help its clients launch more cutting-edge hardware solutions into the market.

WaveOptics had closed a previous fundraising round at $15.5 million in 2017. The company is planning to use the latest infusion of cash to expand its operations in other markets including the U.K., Asia and the U.S. This expansion plan will also entail building “high-volume” manufacturing capabilities as it scales up its operations.

https://virtualrealitytimes.com/2019/09/15/uk-startup-waveoptics-closes-39-million-in-third-round-investments-to-scale-up-ar-display-technology/https://virtualrealitytimes.com/wp-content/uploads/2019/09/WaveOptics-Augmented-Reality-Displays-600x450.jpghttps://virtualrealitytimes.com/wp-content/uploads/2019/09/WaveOptics-Augmented-Reality-Displays-150x90.jpg2019-09-15T14:59:39+00:00Sam OchanjiAugmented RealityBusinessStartupsTechnologyUK startup WaveOptics this week closed its third round of investment at $39 million in an oversubscribed series C round of funding. WaveOptics wants to build waveguide displays which are not only compact but also inexpensive to manufacture and which also deliver the best image quality. The company already...Sam OchanjiSam Ochanjisochanji@yahoo.comAdministratorVirtual Reality Times