Home » Augmented Reality » You are reading »

Reflow: Twister for the AR Age

If you thought Augmented Reality is something really new, let me tell you how wrong you are. Turns out AR has been around for quite a long time. Proof of that is a really cool game released in 2011 for iPhone and iMac users: Reflow.

How is this even possible? When you think of games you played 5 years ago, you look at them as outdated and even archaic. But we’re talking about an AR game for mobile devices, this should’ve been the angry birds or candy crush of our times. Am I being too passionate about this and you still don’t get me? Let me show you why.

Reflow is a game in which you basically have streams of colored fluids coming out from different sources and you must do everything to direct the flow to some ‘cups’ of the same color and fill them. What’s the trick? The game uses your device’s camera to turn your surroundings into the game’s scenario. As an added difficulty, the flows don’t always come of the same color, you must make them bounce or make them pass through filters to obtain the desired color. 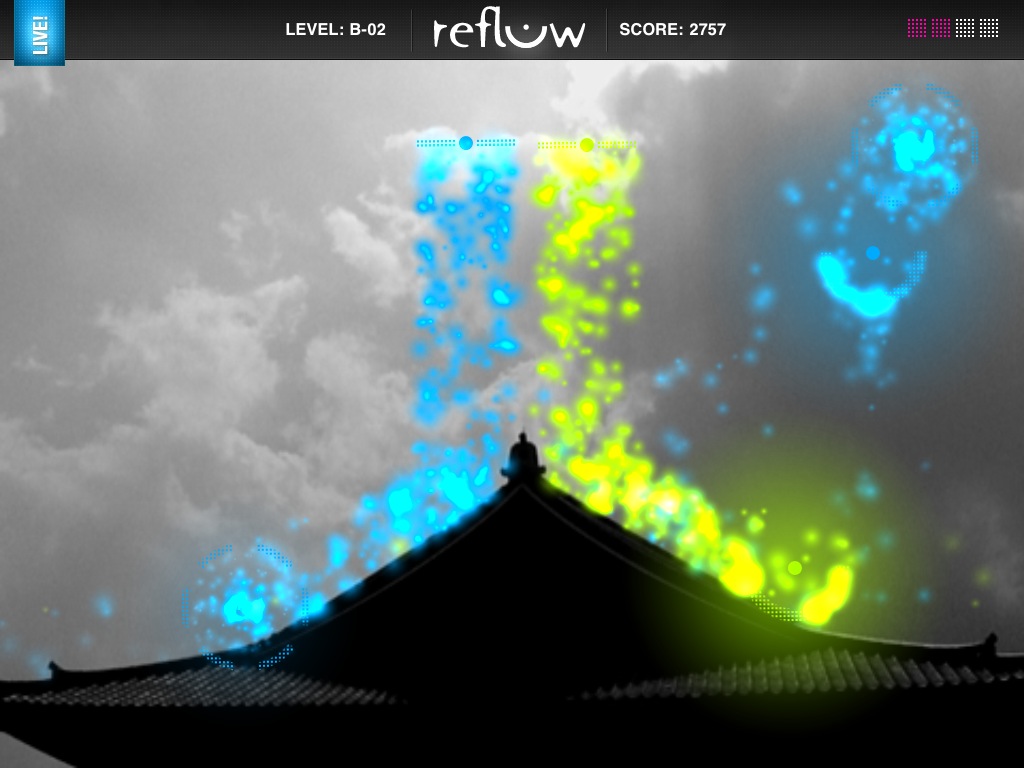 How does it work? The scenario is shown in black and white, and the colored fluids only move through dark areas, so when they touch something white, they bounce as if they’re hitting a wall or an object. You can use your hands, your head or any object, you can even play with buildings and trees using the back camera.

Reflow allows you to choose which camera to use, make yourself part of the scenery with the front camera, or use your surroundings with the back camera. It also lets you easily adjust the negative of the image just by swiping the screen in order to obtain the right mix of blacks and whites.

The game can be played as an augmented reality game using the camera as if you’re recording a video, but it also allows you to take a photograph. In this case, you would use the still picture in the background in your advantage and move your phone to redirect the flow to their respective cups. 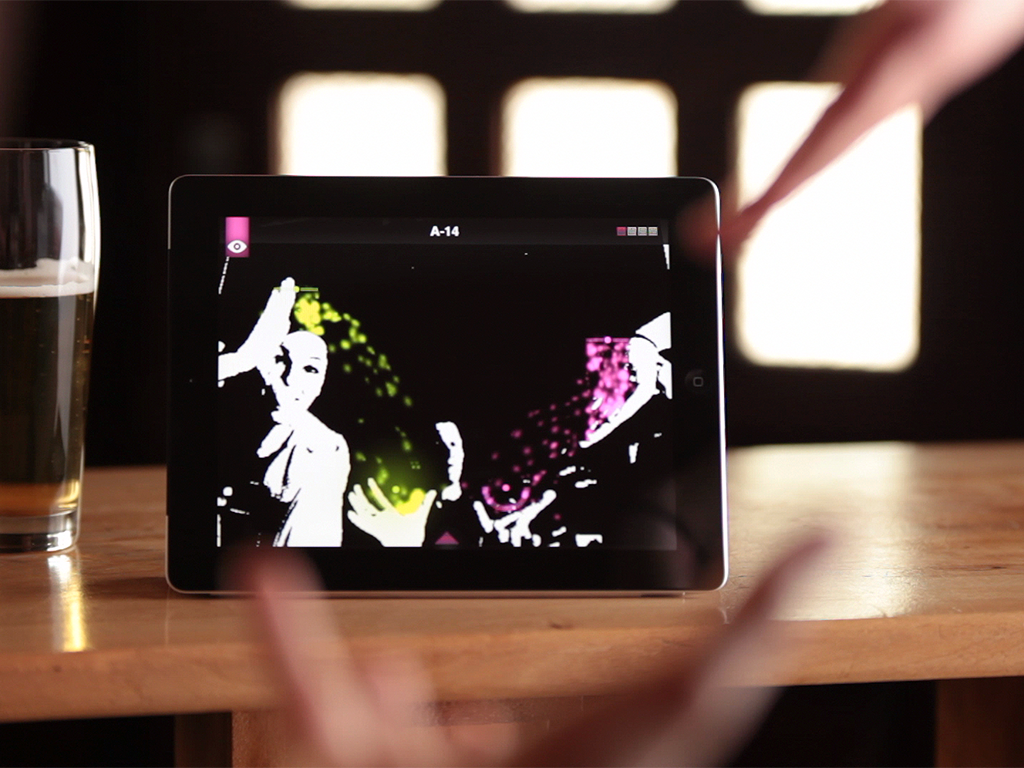 Play Reflow With Your Friends and Enjoy

After you beat a level, the game saves the picture of the last moment. In it you look either funny or very ridiculous, but it’s worth sharing it and see other people’s reaction. Reflow gets even more entertaining if you play with your friends at home, a bar, or even a park. It brings the same excitement of playing twister, but the only thing falling here is colored flowing fluids.

It’s a mystery and a shame how this game never got the fame it deserved. Maybe because it was only released for Apple devices, or 2011 wasn’t the best year for such an interesting game. But the fact is that the game is still working, it’s still amazing, and opportunities are infinite thanks to its AR capabilities. So let’s give it a shot and show people what they’ve been missing all this time.

Reflow was developed in 2011 by a startup company in Berlin called Xymatic. It focuses on interactive experiences, 3D technology, and tools for creatives. Learn more about Reflow in their official website.

https://virtualrealitytimes.com/2017/04/11/reflow-twister-for-the-ar-age/https://virtualrealitytimes.com/wp-content/uploads/2016/09/reflow_shot_ipad_05-600x450.pnghttps://virtualrealitytimes.com/wp-content/uploads/2016/09/reflow_shot_ipad_05-150x90.png2017-04-10T20:07:59+00:00Anushay QaiserAugmented RealityIf you thought Augmented Reality is something really new, let me tell you how wrong you are. Turns out AR has been around for quite a long time. Proof of that is a really cool game released in 2011 for iPhone and iMac users: Reflow. 5 Years Old and Reflow...Anushay QaiserAnushay Qaiseranushayqaiser@hotmail.comContributorAnushay is a writer from Pakistan, specializing in technology and futurism. She's a big VR fan, despite living in a country without much presence in high technology or virtual reality.Virtual Reality Times

Anushay is a writer from Pakistan, specializing in technology and futurism. She's a big VR fan, despite living in a country without much presence in high technology or virtual reality.
View all posts by Anushay Qaiser →
« ItSeez3D’s Avatar SDK – The Future of 3D Avatars
AMD Invests in Wireless VR Technology »