Developers are continuing to unearth details on Apple’s upcoming AR headset within the iOS 13-1 betas. Last week, developers found a code for a stereo augmented reality solution known as “StarBoard” within Apple’s iOS 13 betas. It appears the beta still has plenty of clues on what the headset will be capable of doing. Today, the developer xSnow has made two important discoveries in the iOS 13.1 beta including the field of view specifications for three separate augmented reality headsets as well as a working StarTester mode which demonstrates how the AR hardware works. 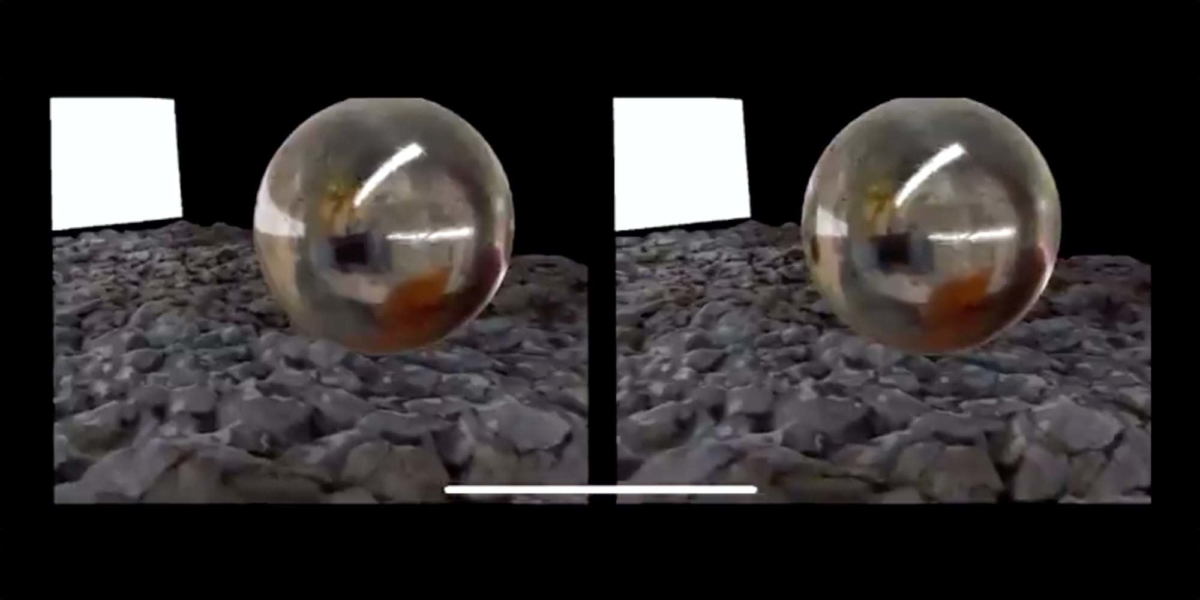 Previously, the iOS 13 has also revealed the possibility of testing three headsets which are to be tethered to an iPhone and which will depend on the pocket computer to provide the graphics rendering along with other processing functions while at the same time using a handheld controller to provide input. Apple has filed patents for various display technologies as well as possible headset features. However, it is still unclear what direction Apple’s final AR headset will take.

According to the developer xSnow, the three Apple AR headsets have been codenamed Garta, Franc and Luck and each of them has a different field of view (FOV) as follows:-

According to the information, even the smallest FOV in the AR Apple headset is still larger than that of the Microsoft’s HoloLens 2 which has a diagonal field of view of 52 degrees (43 by 29) or the Magic Leap One with 50 degrees (40 by 30). It’s however important to keep in mind that each of these numbers is based on a different aspect ratio.

If these numbers are accurate, then Apple’s Luck headset is 35% wider than its height, its Franc headset is 17.5% wider while the Garta is 4.25% wider. These variations in the fields of view could be an indication that Apple could be planning to support multiple third-party augmented reality displays or it is simply testing multiple solutions before it decides on the best option to support. The Luck AR headset could fill less of the wearer’s peripheral version while offering users an experience that is close to “cinematic”. The Garta, on the other hand, would have a bigger box but one which is squarer.

Confirmed, there's no artifacts on Xs/Xr, and whole experience is a lot smoother. It appears that I've launched StarTester mode on my X in spite of all hardware locks:) pic.twitter.com/cAjmmbFbxG

The developer xSnow posted videos from the StarTester mode. He says he hacked these to work on both the iPhone X and iPhone XS in spite of the fact that the code has been designed to limit it to the iPhone 11 models. The videos use xSnow’s own scene contents instead of Apple’s but they still show the stereoscopic views of the semi-realistic ground texture as well as more realistic objects and 3D text, all of which render very smoothly on the iPhone XS. However, it still shows some glitches on the iPhone X.

Both the StarBoard and StarTester features are in beta so it is too early to draw any conclusions on the limitations or performance of the software. The early specs revealed so far however indicate that Apple is looking to marginally improve on the narrower fields of view in the current augmented reality headsets.