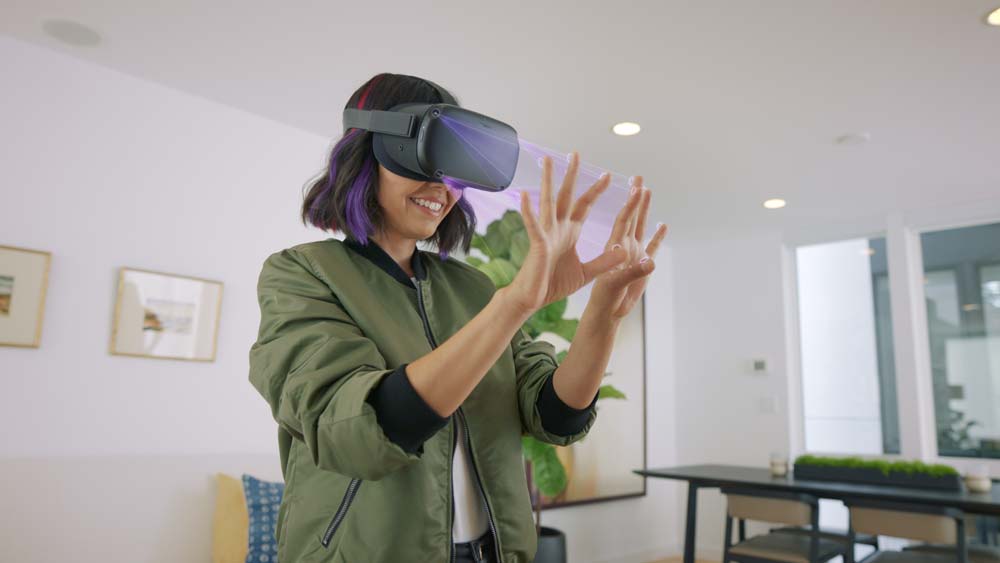 https://virtualrealitytimes.com/2020/05/18/oculus-quest-updates-full-hand-tracking-release-new-work-options-and-new-safety-features/https://virtualrealitytimes.com/wp-content/uploads/2020/01/Oculus-Quest-Hand-Tracking-Enables-Users-to-Navigate-through-Menus-600x338.jpghttps://virtualrealitytimes.com/wp-content/uploads/2020/01/Oculus-Quest-Hand-Tracking-Enables-Users-to-Navigate-through-Menus-150x90.jpg2020-05-18T22:11:02+00:00Sam OchanjiHardwareOculus QuestTechnologyVR HeadsetsOculus Quest is celebrating its first anniversary by rolling out a slew of new updates including improvements in the platform’s integrated and third-party software capabilities as well as some new details on the app sales. One of the most significant updates is the new full controller-free hand tracking which eliminates...Sam OchanjiSam Ochanjisochanji@yahoo.comAdministratorVirtual Reality Times