The US audio specialist Bose has released a brand-new augmented reality experience for audiophile Star Wars fans. Using Bose AR, users will be able to get to hear the experience while seeing some completely new iconic scenes from the Star Wars films.

Bose’s latest augmented audio experience is via a Star Wars app and is being released to coincide with the launch of Star Wars: The Rise of Skywalker. 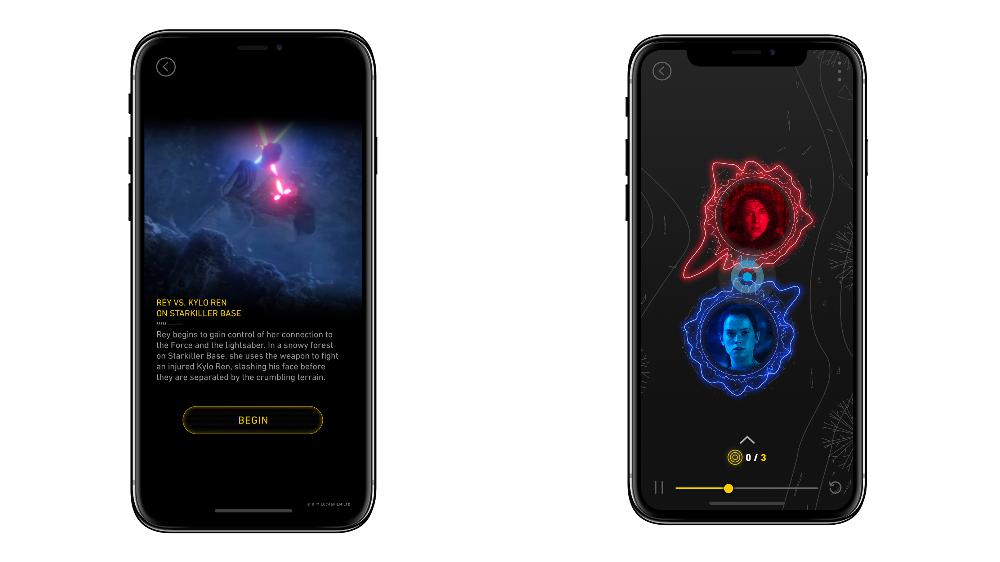 Users can access the experience via high-end Bose headphones such as the QuietComfort 35 Headphones, Headphones 700 and the Bose Frames. The experience is a pleasurable immersive 360-degree audio journey that immerses you into the Star Wars universe.

Here, you can explore some of the iconic scenes like Luke Skywalker’s lightsaber training from 1977’s A New Hope. You can also get into Rey and Kylo Ren’s intense showdown from the 2015 blockbuster The Force Awakens.

Bose’s AR-enabled devices can detect the body orientation and movements of the wearer thereby making you feel like you are right in the midst of the action. The app also allows you to access the behind-the-scenes content.

In a homage to the new movie, Bose is also planning the release of a limited number of its customized QuietComfort 35 Headphones II. This has been inspired by the colors as well as the design of the dark side. Half of these headphones are black in color and emblazoned with a bright red Sith insignia. The others are red and have black patterns and detail and can be recognized easily by those who follow the Empire and First Order. You can purchase these for just $400 from the Bose website.

This is not Bose’s first foray into audio-based augmented reality. Early this year, Bose launched its Frames augmented reality glasses which are built with integrated speakers. The company has also supported developer projects to the tune of $50 million to help develop an app ecosystem for its augmented reality sunglasses.

One of these developer projects for audio augmented reality is the augmented reality game “The Other” where the player is guided through the dangerous streets of a fictitious authoritarian surveillance state via audio signals.

With the “Star Wars” mobile app, Bose now lets you immerse yourself in an audio AR experience from the Star Wars universe.

The app is free to download on Google Play Store and the App Store. To get started and unlock the immersive experience, users must have the specific Bose headsets mentioned above.

With the “Star Wars” AR audio experience release, Bose will be celebrating The Rise of Skywalker and the company will also release a Special Edition of QuietComfort 35 II Headphones commemorating the end of the Skywalker era.

These headphones are inspired by the dark side, just like Samsung’s Kylo Ren-inspired smartphone, the Galaxy Note S10+. The special edition headphones will be retailing for $400 on Bose.com. The supplies are expected to fly off the shelf in the run up to the movie release. The stocks for the headphones are already running low.

The QC 35 II have excellent noise-cancellation as well as impressive audio quality and will appeal to many enthusiasts looking for high quality AR audio experience.